Xeplion is a medicine containing the active substance paliperidone. It is available as a prolonged release suspension for injection in pre-filled syringes (25, 50, 75, 100 and 150 mg). The term "prolonged release" means that the active ingredient is released slowly over a few weeks after the injection.

What is Xeplion - paliperidone used for?

Xeplion is indicated for maintenance treatment of schizophrenia in adults whose condition has already been stabilized with paliperidone or risperidone treatment.

In some patients who have previously reacted positively to oral therapy with paliperidone or risperidone it is possible to use Xeplion without a previous stabilization of the symptoms if the symptoms are mild to moderate and if an injectable treatment with prolonged action is necessary.

Schizophrenia is a mental disorder characterized by a series of symptoms, including thought and speech disorders, hallucinations (seeing or hearing non-existent things), suspiciousness and fixations (false beliefs).

How is Xeplion - paliperidone used?

Xeplion treatment begins with two injections, one week apart, to increase the levels of paliperidone in the blood, followed by monthly maintenance injections. The dosage of the two initial injections is 150 mg on the first day (day 1) and 100 mg on day 8. The monthly maintenance dose is 75 mg. The dose can be adjusted depending on the benefit to the patient and his ability to tolerate therapy. The injections of day 1 and 8 are administered in the deltoid muscle (upper part of the shoulder), while the maintenance dose can be administered in the deltoid muscle or in the buttock. For more information on the use of Xeplion, including how to adjust the doses, please refer to the summary of product characteristics (included with EPAR).

How does Xeplion - paliperidone work?

The active substance in Xeplion, paliperidone, is an antipsychotic drug, known as an "atypical" antipsychotic, as it differs from the traditional antipsychotic drugs available since the 1950s. Paliperidone is a product of the active degradation (metabolite) of risperidone, another antipsychotic drug used in the treatment of schizophrenia since the 1990s. In the brain it binds to more receptors on the surface of nerve cells. In this way the signals transmitted between the brain cells are interrupted through the "neurotransmitters", ie the chemical substances that allow nerve cells to communicate with each other. Paliperidone acts primarily by blocking receptors for dopamine and 5-hydroxytryptamine neurotransmitters (also called serotonin), implicated in schizophrenia. By inhibiting these receptors, paliperidone contributes to the normalization of brain activity and reduces the symptoms of the disease.

Paliperidone is authorized in the European Union under the name Invega since 2007 for the oral treatment of schizophrenia. In Xeplion, paliperidone has been linked to a fatty acid that allows the slow release of the medicine into the body after the injection. In this way the injection has a longer action.

What studies have been performed on Xeplion - paliperidone?

Since paliperidone was already authorized in the EU under the name Invega, the company used some data used for Invega to support the use of Xeplion.

Six short-term Xeplion studies have been conducted. Of these four studies, involving 1, 774 adults with schizophrenia, they compared Xeplion with placebo (a dummy treatment). Two studies involving 1 178 patients compared Xeplion with a long-acting risperidone injection (administered with risperidone oral supplements). The main indicator of effectiveness in studies was the change in patients' symptoms after 9 or 13 weeks, measured according to a standard scale of evaluation of schizophrenia.

Two long-term studies lasting about a year were conducted with Xeplion. One of these studies, involving 410 adult subjects, compared Xeplion with placebo. This study examined the potential of Xeplion to prevent the appearance of severe symptoms. The second study, conducted on 749 patients, compared Xeplion with a long-acting risperidone injection (administered with oral risperidone supplements) and examined changes in patients' symptoms.

What benefit has Xeplion - paliperidone shown during the studies?

Xeplion was more effective than placebo in reducing the symptoms of schizophrenia in short-term studies. In the four short-term studies the symptom score decreased more in patients treated with Xeplion than in subjects treated with placebo. Xeplion has also proved effective in preventing long-term recurrence; in fact, fewer subjects in the Xeplion group had a relapse than the placebo group.

Xeplion was as effective as long-acting risperidone injection in reducing schizophrenia in one of the short-term studies. In two other studies (long and short term respectively), Xeplion did not show the same efficacy as risperidone.

What is the risk associated with Xeplion - paliperidone?

Xeplion should not be used in people who may be hypersensitive (allergic) to paliperidone or any of the other substances, or to risperidone.

Why has Xeplion - paliperidone been approved?

The CHMP noted that studies conducted to compare Xeplion with placebo and risperidone showed that the medicine offers benefits to patients with schizophrenia. Because the medicine is a prolonged-release suspension, it also has the advantage of being given at monthly intervals. The Committee decided that Xeplion's benefits are greater than its risks and recommended that it be given marketing authorization.

Other information on Xeplion - paliperidone 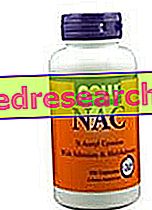 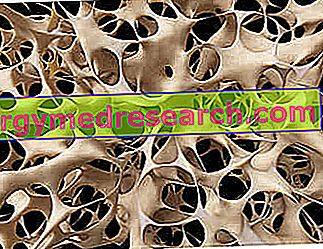 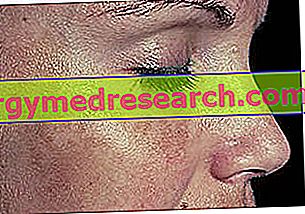 Spots on the skin in pregnancy