The functional ingredients enclosed in antioxidant supplements are largely obtained directly (by extraction) or indirectly (by semi-synthesis) from plant species. Nature therefore represents an excellent source of antioxidant molecules, many of which are generously contained in the foods we consume every day; therefore, an adequately distributed and balanced diet, varied and optimal, reduces the need to take antioxidant supplements and is therefore the first objective to pursue.

But what exactly does "antioxidant" mean? This adjective is reserved for each molecule capable of preventing the oxidation of other molecules. Oxidation is a chemical reaction that transfers electrons from a substance to an oxidizing agent; similar reactions occur continuously within the body and increase in number as its metabolism increases (for example following physical exertion). From these oxidation reactions can originate the so-called free radicals, highly unstable molecules that seek equilibrium by stealing one or more electrons from other molecules, transforming them into new free radicals in search of electrons. This triggers a chain reaction that - if not properly controlled - can damage cellular structures. For this reason the organism has excellent antioxidant defenses able to "extinguish" the excess of free radicals before they generate major damage; some of these defensive systems are represented by the body's own enzymatic complexes, others exploit the nutritional molecules brought with the diet (such as antioxidant vitamins: Vit. A, Vit. E, Vit. C). To learn more: Free radicals and oxidative stress

Antioxidant supplements: why can they be useful? Free radicals are also produced by the healthiest of organisms; not only that, some of these molecules play an extremely important biological role, intervening in the transmission of signals from cell to cell and participating in the organism's overall homeostasis. Problems arise precisely when free radicals are produced in excess; similar circumstances occur in the face of a high metabolic commitment (increased physical activity) or external factors, such as air pollution, ultraviolet radiation, chemical agents and stress. The excess of free radicals is responsible for important damages that compromise the functionality of cells and tissues, and is associated with numerous chronic diseases, such as cardio-circulatory disorders (atherosclerosis, ischemia, stroke), diabetes, cancer and neurodegenerative diseases (eg. Parkinson's disease, Alzheimer's disease). Furthermore, oxidative stress is one of the main causes of cellular aging.

A necessary clarification: sport, in addition to increasing the synthesis of free radicals, also strengthens the endogenous antioxidant systems that counteract them. Otherwise it would not be possible to explain why sportsmen generally seem much younger than sedentary peers.

How is the antioxidant power established? The molecules with antioxidant action - which can be taken with the diet or through targeted supplementation - are numerous and include polyphenols, vitamins, carotenoids and many other substances.

These compounds are able to react with free radicals reducing their reactivity and generating less dangerous molecules that can be easily eliminated by the body. To evaluate its antioxidant efficacy it is possible to carry out investigations at various levels; the lowest is represented by in vitro studies, which try to reproduce inside a test tube what happens in the body (naturally with the necessary approximations). Having established that the substance is at least partly absorbable at the gastro-intestinal level and harmless to humans, the next level consists in evaluating the antioxidant power in vivo, for example by studying the variations of the antioxidant power of blood and saliva before or after the substance intake. In the next step the molecule is studied on animal models, testing its protective efficacy against various genetically induced diseases and conditions or through special dietary modifications. Finally we move on to clinical trials to see if even in humans the antioxidant power of the substance exerts a certain protective or therapeutic effect against certain pathologies or aesthetic conditions (eg anti-wrinkle effect).

How to evaluate the effectiveness and quality of an antioxidant supplement? 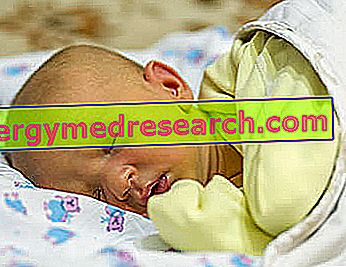