SAMPER © is a drug based on Ciprofloxacin hydrochloride monohydrate

SAMPER ® is an antibiotic particularly used in medical clinics in the treatment of infections sustained by organisms sensitive to Fluoroquinolones.

Its efficacy has been demonstrated against respiratory, otorhinolaryngological, gynecological, urinary, osteo-articular, skin and soft tissue infections.

The Ciprofloxacin, active principle of SAMPER ®, is an antibiotic belonging to the class of Fluoroquinolones, with which it shares the same mechanism of action, characterized by the inhibition of the mechanism of DNA duplication, therefore by a significant bacteriostatic effect, which is performed even at minimum concentrations.

More precisely, this activity is mediated by the ability to inhibit the activity of enzymes involved in bacterial replication mechanisms such as DNA gyrases and topoisomerases, whose inhibition inevitably leads to a arrest of proliferative mechanisms.

The ability of Ciprofloxacin, taken orally, to be rapidly absorbed at the level of the small intestine and to be distributed homogeneously between the various tissues, significantly increases the efficacy of antibiotic therapy, extending the antiseptic activity also to the level of the urinary tract where it is possible to find the presence of the active ingredient as such.

Despite the excellent pharmacokinetic properties, the abuse that has been made over time of this antibiotic has favored the appearance of resistant germs, able to prevent the achievement of therapeutic concentrations inside the bacteria, through the expression of efflux pumps rather than enzymes that can inactivate the drug.

The appearance of such resistance mechanisms is now one of the most incident factors on the antimicrobial efficacy of antibiotic therapy.

Study demonstrating that the antioxidant properties of Curcumin may interfere with the antibiotic capacities of Ciprofloxacin, reducing the antiseptic efficacy against pathogenic microorganisms such as Salmonella.

THE ROLE OF CYPRUSFLOXACINE IN CHEMOTHERAPY

Interesting study that associates the prophylactic treatment with Ciprofloxacin with the ability to prevent bacterial infections in patients suffering from acute leukemia and therefore undergoing chemotherapy with consequent neutropenia.

This activity results in a clear improvement of the prognosis, therefore also of the patient's quality of life.

Innovative study that demonstrates how Ciprofloxacin treatment can be effective in reducing the risk of infectious complications in patients who have undergone renal transplantation and therefore in a contextual immunosuppressive therapy.

the therapeutic dosage should be defined by your doctor based on the physiopathological conditions of the patient, the severity of the clinical picture and the possible presence of conditions incompatible with the therapy based on Fluoroquinolones.

Although the therapeutic range is generally between 500 and 1500 mg of Ciprofloxacin daily, usually divided into at least two administrations, variations would be important in patients suffering from renal diseases or in elderly patients.

Although the use of SAMPER ® has rarely been associated with the appearance of clinically relevant side effects, in order to guarantee maximum safety and minimize the appearance of adverse reactions it would be advisable to undergo a careful medical examination before undertaking the use of this antibiotic.

Patients suffering from kidney disease, elderly or pediatric patients, should take SAMPER ® with the utmost caution and under the strict supervision of their doctor, given the altered mechanisms of renal excretion on the one hand and the increased risk of arthropathy in the bearing joints of children growing.

Ciprofloxacin, like the other antibiotics belonging to the class of Fluoroquinolones, is capable of inducing photosensitivity, therefore increasing the risk of erythema, burns in patients exposed to ultraviolet radiation.

Prolonged use of SAMPER ® could promote the intestinal colonization of Clostridium difficile, thus generating a condition known as pseudomembranous colitis, characterized by nausea, vomiting and intense diarrhea.

The use of SAMPER ® should be carried out with particular care in patients with enzyme deficiency of glucose 6 phosphate dehydrogenase, given the greater risk of developing hemolytic reactions.

The use of SAMPER ® during pregnancy and in the subsequent period of breastfeeding is generally contraindicated, given the different studies that demonstrate the potential toxicity for both the fetus and the infant, linked to the ability of the active principle to pass through intact both the placental barrier than the breast filter.

Different pharmacokinetic studies have shown the presence of significant interactions between Cirpofloxacin and active ingredients such as:

SAMPER ® is contraindicated in patients who are hypersensitive to the active ingredient or to one of its excipients, in patients on tizanidine contextual therapy rather than in patients with chronic renal failure.

From the scientific literature and clinical experience, different side effects emerge related to Ciprofloxacin therapy, especially when prolonged over time.

Nausea, diarrhea, changes in liver and kidney function, headache, irritability, sleep disorders, haematological changes, photosensitivity, disorders of the osteo-articular apparatus, are the most frequently observed side effects that fortunately regress spontaneously once the therapy.

SAMPER ® is a prescription-only drug. 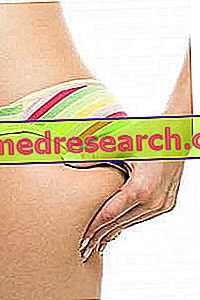 Mesotherapy: side effects and contraindications 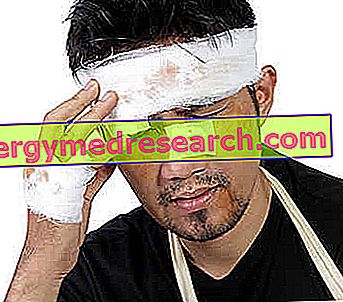 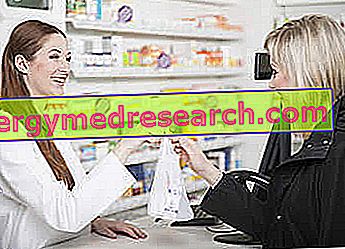