The cardia is the anatomical region of connection between the esophagus and stomach, normally located in the abdomen 2 to 4 cm below the diaphragm. Anatomically, the cardia is now considered part of the stomach.

Immediately upstream of the cardia, the circular muscle fibers of the esophagus acquire sphincter action, meaning that in resting conditions they become contracted, while they relax during belching, the descent of food into the stomach and its rise during vomiting; in the other phases of the digestive process, on the other hand, this functional sphincter remains closed and contracted, to prevent the acidic contents of the stomach from rising up into the esophagus irritating its internal walls. The sphincter we are talking about is known as cardial sphincter, gastro-esophageal sphincter, lower esophageal sphincter (LES) or cardial valve . We speak of a functional sphincter because there is no specific anatomically demonstrable muscle bundle, but only one area of ​​the esophageal musculature, extended vertically for a couple of centimeters, which is

The cardia is innervated by the vagus nerve, which has an inhibiting function, and by afferents of the sympathetic nervous system, which have an exciting function. Its biological function is facilitated by the angle of His, the subdiaphragmatic tract of the esophagus, the diaphragmatic crura and the brake-esophageal ligament.

Sometimes the lower esophageal sphincter, or other components of this "anti-reflux barrier", may not work perfectly or not work at all. In these cases we speak of gastroesophageal reflux disease (RGE), a complex of clinical situations that extends from simple symptomatic reflux to simple or complicated mucosal damage (esophagitis, Barrett's esophagus). The characteristic symptomatology of these conditions includes heartburn and acid regurgitation, retrosternal pain (similar to angina), nausea, vomiting, hiccups, difficulty or pain on swallowing, sometimes respiratory disorders, jet sialorrhea and haemorrhage (evident with coloring blackish of the stool or with traces of blood in the vomit).

Today, cardiac carcinoma represents a constantly increasing neoplasm in Western countries; there are many possible risk factors, such as alcohol, tobacco and obesity, but the only factor that is significantly correlated seems to be Barrett's esophagus, a pre-neoplastic condition secondary to chronic gastroesophageal reflux (the malignant thoracic tumor is therefore more frequent in men compared to women, and in the age groups above 50 years). 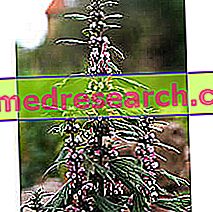 Cardiac in Herbal Medicine: Properties of the Heart 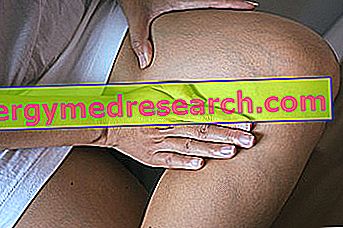