The term vulva identifies the set of the external genital organs of the woman.

In common parlance, the vulva is often called a vagina, but the two terms CANNOT be considered synonymous. The vagina, in fact, is an internal muscle-membranous channel, which unites the uterus with the vulva. The latter, in addition to the external opening of the vagina, houses the urethra meatus, the clitoris and some small glands, all delimited by two pairs of fleshy folds called vulvar lips.

The vulva performs various functions, such as the protection of the internal genitals, the perception of sexual pleasure during intercourse and the sexual call for man.

The vulva is also known as feminine pudendum or female pudendum . Sometimes it is referred to as a vulvar complex.

The vulva is located between the inner faces of the thighs, in the central part of the perineum.

It extends from the hypogastric (suprapubic) region up to about 3 cm from the anus. It borders forward with the mount of Venus (see below) and back with the anus.

When the thighs are in contact, the vulva appears as a 10-12 cm long slit.

On the other hand, when the woman is in a gynecological position, with her thighs apart, the vulva has an ovoid shape with a vertical axis.

Structures of the vulva

The external female genitalia - grouped under the single term vulva - include the following anatomical formations:

The mount of Venus (also called mount of the pubis ) appears as a raised skin area, due to the presence of abundant subcutaneous adipose tissue. It has a triangular shape, with the apex located at the bottom.

The mount of Venus lies above the pubic symphysis and overhangs the labia majora.

With its presence, the mount of Venus has the function of protecting the underlying bone, the pubic symphysis, during sexual intercourse.

The skin that covers it, glabrous in childhood, at the onset of puberty is covered with pubic hair, long and robust; moreover, when sexual maturity is reached, the activity of the numerous sebaceous and sweat glands present in this area increases.

The big lips (or valves or major lips) are two large cutaneous folds of fibro-elastic connective tissue, rich in fat, parallel to each other and mutually welded, at the upper and lower extremities, in the vulvar commissures :

Each large lip has two faces, one lateral (internal) and one medial (external); moreover, it has a free margin that delimits, with that of the large opposite lip, a median fissure called vulvar rima .

The medial face of the large lip borders on the lateral face of the small ipsilateral lip (see below), through a depression called the interlabial sulcus .

The lateral face is separated from the inner face of the thigh by the genito-femoral or genito-crural sulcus.

Normally more pigmented than the skin of the body, the labia majora are rich in sweat and sebaceous glands, the secretion of which acts as a sexual attraction.

After the menopause, the big lips become thinner, losing most of the adipose tissue; consequently, they appear thin, floppy and open.

The function of the labia majora is to protect the underlying structures, in particular the small lips, the ostium (or vaginal meatus) and the external urethral orifice.

The labia majora are homologous to the male scrotum, with the difference that in man the scrotal sac is medially joined longitudinally by a septum. NOTE: despite what is normally depicted in anatomical images, the vulvar rhyme is always closed at rest (meaning that the labia majora completely hide the other structures of the vulva); to see the vulva "open" as shown in the figure it is therefore necessary to widen the vulvar lips with the fingers.

During the phase of sexual arousal, the labia majora tend to swell due to increased blood flow; they also separate, making the small lips more evident, which on the other hand increase in size and accentuate their color.

The small lips (or nymphs or minor lips) are thin cutaneous folds of mucous, rosy appearance. They are found internally to the labia majora, from which they are separated by the ninfo-labial sulcus (or interlabial sulcus) .

Anteriorly they split in two around the clitoris, forming inferiorly to it the frenulum of the clitoris and above it a kind of semicylindrical envelope called cap or foreskin of the clitoris . The latter tends to be more developed in black women.

The free margin of the labia minora is irregularly serrated and floats freely.

In adult women, the length of small lips varies on average from 30 to 35mm, the width from 10 to 15mm and the thickness from 4 to 5mm.

They look rosy, moist and free from hair. Their conformation varies significantly with constitutional and racial characters; sometimes, for example, they are poorly developed or even absent; at other times (as indeed the labia majora) they can be doubled.

In the labia minora the sweat glands are missing, but the sebaceous glands abound, more numerous on the lateral face; some of these glands - called Fordyce granules - concentrate on the free margin of the labia minora, appearing as small, yellowish, regular and uniform small papules.

During puberty the small lips increasing in size, often coming out from the labia majora, from which they remained protected until the age of development.

In old age they become thinner and atrophied, assuming a dark brown color.

With their presence, the labia minora form the most internal protection of the urethral and vaginal orifices and clitoris. They are also marginally involved in the perception of sexual pleasure.

With their inner face, the small lips delimit the vulvar vestibule.

The vulvar vestibule is a triangular, limited mucosa region:

The following image, taken from wikipedia.org, highlights the vulvar vestibule delimiting it with a dotted line The vestibule of the vagina hosts:

The hymen is separated from the labia minora by means of the ninfo-imene groove or Hart's line.

The hymen may have different forms from one woman to another (circular, half-moon, lip, etc.). Normally it tears (defloration) with the first sexual intercourse, causing a slight hemorrhage. The scars left behind from defloration are called hymenal lobules. After giving birth, these residues almost disappear (their remains constitute the hymenal caruncles).

The erectile apparatus of the female pudendo is formed by:

Also known as the female penis, the clitoris is an unequal erectile organ involved in a woman's sexual pleasure; in fact, it is particularly sensitive, thanks to a rich network of vessels and sensitive nerve endings.

The clitoris is located in the upper and anterior part of the vulva, at the point of union of the small lips.

The clitoris can be divided into three parts:

The clitoris is covered by a skin envelope rich in sensitive nerve endings called the foreskin of the clitoris (just as the male foreskin covers the glans of the penis).

The clitoris hypertrophy (slightly increases in volume) when the woman is in a state of sexual excitement .

Clitoral hypertrophy (clitoromegaly) even at rest can be registered in cases of hypertrichosis, polycystic ovary syndrome or abuse of anabolic steroids. It should be pointed out, however, that there is no relationship between the size of the clitoris and the effectiveness of its function, although a greater level of androgens in women is normally associated with an increase in sexual desire.

They are two even erectile formations (formed by cavernous tissue with large meshes), ovoid in shape, located at the base of the small labia, developed on the lateral parts of the external openings of urethra and vagina. They come into contact inferiorly with the glands of Bartolini and superiorly unite under the elbow of the clitoris.

The major vestibular glands or Bartholin's glands are two large glands located in the lower part of the labia majora, laterally and posteriorly to the vaginal orifice; their excretory duct opens through a small orifice in the ninfo-imeno groove, between the small lip and the vaginal orifice. They secrete a viscous liquid that participates in vaginal lubrication during sexual arousal.

In the adult woman, they present a variable volume from that of a pea to that of a small almond.

Also called paraurethral or Skene's glands, they are two small glands located in the vestibule, near the urethral meatus. They are considered the female analogue of the male prostate and, according to some researchers, they would be the seat of female ejaculation.

Pyruvate as an Integrator 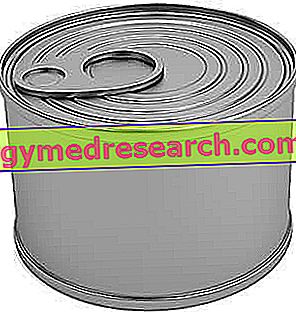 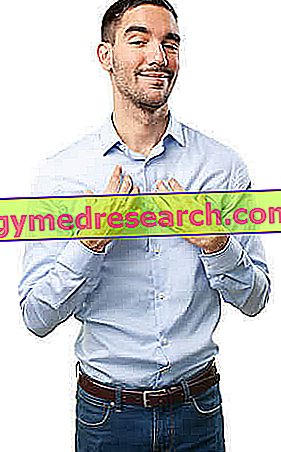