ACTOS ® a drug based on Pioglitazone hydrochloride.

ACTOS ® is a drug indicated for the treatment of type II diabetes, in the event of failure of non-pharmacological therapeutic measures such as a balanced diet and a healthy lifestyle.

Pioglitazone could also be used in combination therapy with metformin or sulfonylureas, if the monotherapies alone are not capable of producing good glycemic control.

In severe cases, ACTOS ® can also be effectively used in conjunction with insulin.

The pioglitazone contained in ACTOS ® is a drug belonging to the pharmaceutical category of thiazolidinediones, with an important hypoglycemic activity.

Taken orally, it is rapidly absorbed at the intestinal level, with a bioavailability of 80% and with the maximum plasma concentrations reached about 2 hours after intake.

After about 5-6 hours pioglitazone undergoes an important hepatic metabolism, supported by the enzymes belonging to the cytochrome category, with the subsequent elimination of its metabolites both through urine and faeces.

The hypoglycemic efficacy of this compound is essentially due to its ability to reach insulin-sensitive tissues and organs such as adipose, muscle and liver tissue, improving the peripheral activity of insulin and thus helping to sustain the hypoglycemic effect.

From the molecular point of view this action is guaranteed by the ability of pioglitazone to activate the PPAR gamma receptors, involved in the transcriptional modulation of various genes useful to regulate glucose and lipid metabolism and to reduce the activation of the inflammatory process.

In simple terms, the activation of all these intracellular mechanisms takes the form of the possibility of reducing glycaemia by increasing the availability of peripheral and tissue glucose, and reducing the inflammatory process, very active at the vascular level, responsible for some of the most important consequences of diabetic pathology .

1. EFFECTIVENESS OF PIOGLITAZONE IN THE TREATMENT OF TYPE II DIABETES

Study conducted on about 2116 patients with type II diabetes and accompanied by an altered lipidemic profile. Administration of pioglitazone to patients not responding to metformin or sulfonylureas guaranteed a reduction in glycosylated Hb of 1.5%, triglycerides of 21% and LDL cholesterol of 15%. These important results confirm the importance of treatment with pioglitazone on not only endocrine health in diabetic patients.

2. THE PROTECTIVE ROLE OF PIOGLITAZONE

Pioglitazone has been tested by several laboratories also for the protective role against oxidative pathologies. More precisely, several studies show that the administration of this active ingredient can significantly reduce the damage caused by heart attacks, brain damage, strokes and oxidizing agents by taking an important protective action both vascular and nervous. This action, probably associated with the ability to modulate the production of inflammatory cytokines and at the same time enhance the body's antioxidant capacities, allows us to look at pioglitazone as an active drug in diabetic pathology not only in the control of blood glucose but also in the prevention of vascular consequences and nervous.

The choice of the generic drug or the original is often one of the most important questions facing both the doctor and the diabetic patient. In this case the study carried out shows how Pioglitazone, both in its original form and in that of generic drug, can maintain the same effects and the same safety, guaranteeing a reduction in glycaemia, glycosylated hemoglobin and LDL cholesterol. In both groups edema and migraine were observed.

it is recommended to take 15 or 30 mg of pioglitazone a day as a single administration regardless of food intake.

A dosage adjustment may be required in elderly patients or in case of concomitant therapy with other hypoglycemic drugs.

ACTOS ® therapy should be accompanied by periodic monitoring of different blood chemistry parameters such as:

careful and constant medical supervision is required in patients at risk of developing heart disease or predisposing factors, liver diseases and bone fractures.

ACTOS ® tablets contain lactose which could cause gastro-intestinal disorders in patients with galactose intolerance or lactase deficiency or glucose / galactose malabsorption.

It is also necessary to remember that the combination therapy with sulfonylureas or insulin objectively increases the risk of hypoglycemia, which could reduce the patient's perceptive capacities, making it dangerous to use machinery and drive vehicles.

Studies conducted on animal models have shown that the use of in pregnancy can significantly reduce fetal growth, probably reducing the fetal availability of glucose.

In light of these data, and given the absence of clinical trials in the literature, ACTOS ® is contraindicated in pregnancy.

Furthermore, the presence of the active ingredient in breast milk limits its use even in the following breastfeeding period.

Although the drug is metabolised to the hepatic level by enzymes belonging to the cytochromes family, the number of potentially dangerous pharmacokinetic interactions is limited.

In detail the concomitant therapy with gemfibrozil or rifampicin required a further adjustment of the dosage of pioglitazone in order to maintain its therapeutic properties unchanged.

ACTOS ® is contraindicated in patients with hepatic insufficiency, diabetic keto acidosis, hypersensitivity to the active ingredient or its excipients, history of cardiac pathologies, both previous and in pregnancy and lactation.

Pioglitazone therapy has often been accompanied by the appearance of numerous side effects, some of which are clinically relevant.

Clinically more serious but fortunately less frequent reactions have affected the cardiovascular system with the appearance of heart failure.

When ACTOS ® was administered in combination with insulin, a significant glycemic decrease was observed which induced hypoglycemia in patients predisposed or poorly compensated.

ACTOS ® can only be sold under strict medical prescription. 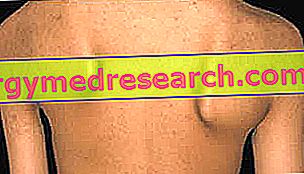 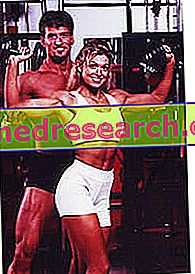 Women and fitness: what a workout I recommend