Anorexia nervosa is a psychiatric condition that can induce severe forms of malnutrition / malnutrition. These, more or less serious, negatively affect the entire organism, compromising every type of tissue in the human body. Some examples of tissue damage are: alterations of muscles, hair, teeth, brain, etc. Furthermore, anorexia nervosa and its complications also play a negative role in the endocrine balance of the hormonal axis.

A 2008 study entitled " The endocrinopathies of anorexia nervosa " described some of the hormonal adaptations and organic alterations caused by anorexia nervosa. This is a work based on the bibliographic collection of various experimental papers concerning the pathophysiology of endocrine disorders observed in anorexia nervosa, at the end of which a description of a particularly indicative clinical case was included.

Based on the results obtained, anorexia nervosa appeared to be a devastating disease, with a wide variety of endocrine manifestations. The effects of malnutrition are really wide and negatively affect many glands and tissues; the main ones are: pituitary, thyroid, adrenal, gonads and bone tissue (also read: Anorexia and Health of Bones).

Human appetite is fundamentally regulated by the neuroendocrine system, which is why some studies have evaluated the concentrations of leptin and ghrelin (hunger regulators) in subjects suffering from anorexia nervosa.

NB . It is considered appropriate to specify that: for the nutrition re-education of these subjects a thorough knowledge of the mental illness and of the various hormonal alterations annexed is indispensable, in order to avoid the manifestation of consequences to say the least negative that would nullify the treatment.

Although most endocrinopathies undergo a reversal of their development through body weight recovery, failure to achieve peak bone mass, osteoporosis and infertility can instead become permanent complications.

As a clinical example, confirming the information gathered in the study, a 20-year-old woman in the terminal stage of anorexia nervosa was observed, whose course involved all the typical complications of the disease.

Due to the effects of severe malnutrition, nutritional re-education aimed at restoring body weight took a very long time; however, this nutritional rehabilitation has proved to be the most appropriate treatment. On the other hand, due to psychiatric illness, the process required extreme caution and respect for the time needed for multidisciplinary treatment. 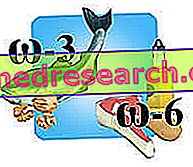 Right Ratio between Omega 6 and Omega 3 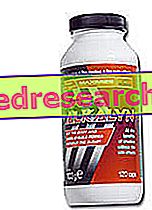