Epilepsy represents a serious neuronal disorder derived essentially from the alteration of electrical impulses in the brain; in this syndrome, neurons (the cells used for signal transmission) go crazy, causing serious consequences to the patient, who manifests more or less recurrent convulsions.

Epilepsy is heavily influenced by the genetic component, but familiarity is not the sole causal factor; three other etiological elements that are at the origin of epilepsy, include: abuse of alcohol or drugs during pregnancy, abscesses and brain tumors, severe breathing difficulties shortly before birth (anoxia), exanthemia diseases (measles, rubella, varicella), head trauma.

Even in its mild forms, epilepsy is considered a risky and dangerous disease, therefore it is good to seek medical attention and request a drug treatment to prevent the symptoms from getting worse or for the seizures to recur; just think, for example, of the danger a patient has in epileptic seizures during sports activities such as swimming or driving.

In the case of overt epilepsy, the doctor generally prescribes antiepileptic drugs: these active ingredients, in most cases, produce extraordinary effects, so as to reduce both the frequency and intensity of epileptic seizures. For some patients, epilepsy manifests itself in such a mild form that the administration of a single drug, for a longer or shorter period of time, is sufficient to cancel the symptoms and avoid the recurrence of the crises.

If the drugs are not entirely beneficial to the patient's health, the specialist may propose surgical treatment or other alternative treatments (vagus nerve stimulation).

The most complex problem seems to be the choice of the most suitable drug for the patient, both in terms of type and dosage; to cope with this problem and to test its possible reliability and effectiveness, the doctor generally prescribes rather low dosages, to increase the dosage from time to time, gradually, until complete control of epileptic seizures.

The drug can modulate facial features, as well as generate acne, hirsutism and gingival hyperplasia; in addition, it gives liver toxicity.

It has been observed that a diet rich in lipids and low in carbohydrates (ketogenic diet) is able to reduce epileptic seizures, especially in children who are affected (less than or equal to 10 years): in the context of a state of ketosis in fact, the incidence of epilepsy attacks is significantly reduced. 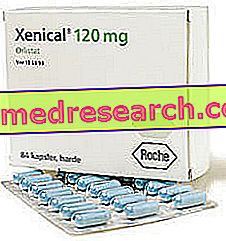