In medicine, the term malignant hypertension is used to indicate a serious morbid condition, characterized by an increase in sudden and high blood pressure .

In fact, in the presence of malignant hypertension it is possible to observe arterial pressure levels higher than 180/120 mmHg (NB: the first value is the systolic, or maximum pressure; the second value is the diastolic, or minimal, pressure), far exceeding not only at normal blood pressure levels (115/75 mmHg) but also at those of moderate-stage hypertension (140/90 mmHg).

Malignant hypertension is to be considered a real emergency situation, which must be remedied immediately, as otherwise it could have serious repercussions on various organs and organ systems . Among the latter deserve a special mention, as particularly at risk, the cardiovascular system, the central nervous system and the renal system .

The main causes of malignant hypertension are two: suffering from high pressure (and ignoring it) and undergoing treatment for inadequate and discontinuous high blood pressure .

The minor causes, however, are:

Malignant hypertension is a rare phenomenon.

In fact, according to a study conducted on the US population, only 1% of Americans would be affected annually.

This data is particularly intriguing if one thinks that the Americans suffering from a more or less serious alteration of blood pressure are about 50 million (about 15.7% of the population).

As far as the risk conditions are concerned, various statistical studies have shown that the people most at risk are the subjects of the Caribbean race and of the African American race . This is not surprising, given that they are two breeds typically prone to disorders of blood pressure .

Furthermore, it also emerged that the incidence of malignant hypertension is greater among males and among those belonging to a class of low-to-medium economic status.

Physiology of the hypothalamus-pituitary axis 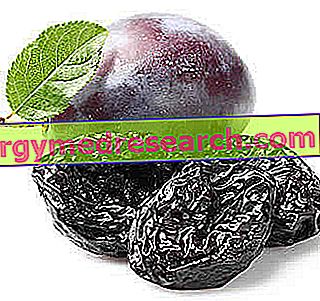