See also: how do benzodiazepines work?

Benzodiazepines (or BZDs) are a class of drugs that boast anxiolytic, sedative-hypnotic, anticonvulsant, muscle relaxant and anesthetic properties.

Chlordiazepoxide was the first benzodiazepine to enter the market in the early 1960s.

Later, changes were made to the structure of chlordiazepoxide, in an attempt to obtain drugs with better characteristics. In 1959 diazepam was synthesized, a benzodiazepine up to 3-10 times more potent than chlordiazepoxide.

Diazepam was marketed in 1963 under the trade name - still used and widely known today - of Valium®.

As mentioned above, benzodiazepines have numerous properties; therefore, they can be used to treat different diseases.

The therapeutic indications are different between a benzodiazepine and the other, depending on the different physical-chemical characteristics that each molecule possesses.

The following are the various types of diseases for which the use of benzodiazepines is indicated:

Furthermore, benzodiazepines can be used as sedatives before exams or exploratory treatments (gastroscopy, colonoscopy, etc.); they are also used in anesthetic premedication.

When choosing which drug to use to treat a specific disease, certain parameters must be evaluated. These parameters are:

Lipophilia is a fundamental parameter. In fact, to perform their action, the benzodiazepines must reach brain neurons and - to do so - they must overcome the blood-brain barrier (a complex physiological system that regulates the exchange of useful substances and waste products between blood, cerebrospinal fluid and brain). One of the fundamental characteristics that any drug must possess to cross this barrier is, in fact, lipophilicity.

These factors therefore contribute to determining the clinical uses of each benzodiazepine. For example, a benzodiazepine that is rapidly absorbed, whose metabolism does not generate active metabolites and has high lipophilicity, will be more useful as a hypnotic sedative, but less useful for the treatment of anxiety.

In contrast, a benzodiazepine with a lower absorption rate and whose metabolism generates active metabolites will probably be more useful for the treatment of anxiety states.

The activity of the nervous system is influenced by numerous substances responsible for the exchange of information between anatomical structures that are distant from each other. The transmission of impulses is entrusted to particular messengers - the neurotransmitters - which can exert an excitatory or inhibitory action. Thanks to the role played by neurotransmitters, the body is able to modulate its motor, sensory, intellectual and activities related to the emotional sphere and mood.

GABA is a γ-amino acid and is the main inhibitory neurotransmitter of the brain.

GABA performs its biological functions by binding to its specific receptors: GABA-A, GABA-B and GABA-C.

A binding site for benzodiazepines (BZR) is present on the GABA-A receptor.

Benzodiazepines bind to this specific site, activate the receptor and promote the cascade of inhibitory signals induced by GABA itself.

Benzodiazepines can be classified according to their plasma half-life (a parameter that provides indications on the duration of action of each benzodiazepine):

Contrary to what one might think, there is no direct relationship between plasma half-life and rapidity of action, as some drugs - although acting quickly - are metabolized into other active compounds that significantly prolong their duration of action. A striking example is that of the midazolam.

Midazolam is a benzodiazepine used as a general anesthetic to induce sleepiness or sleep. It is a hydrophilic molecule, a characteristic that makes it suitable for intravenous administration. However, after administration, the midazolam undergoes structural modifications that make it highly lipophilic, therefore able to quickly overcome the blood-brain barrier.

Benzodiazepine drugs are considered to be rather safe and have relatively low toxicity. Furthermore, they have a high therapeutic index. This parameter expresses the relationship between toxic dose and therapeutic dose.

If a drug has a high therapeutic index, it means that there is a significant difference between commonly used therapeutic dosages and toxic dosages.

Rarely, benzodiazepine overdose can be fatal, unless other drugs or substances that depress the central nervous system have been taken at the same time, such as - for example - barbiturates, opioid drugs, alcohol or drugs.

In any case, benzodiazepines are certainly not without side effects. Among these effects, we recall:

Other side effects that can occur after taking benzodiazepines are the so-called paradox symptoms. Among which we remember:

It should also be remembered that benzodiazepines are susceptible to abuse and give physical and mental dependence. Once the physical dependence is established - following the abrupt interruption of the treatment - withdrawal symptoms may arise, such as:

Abrupt interruption of therapy should also be avoided because it can cause insomnia or rebound anxiety. That is, the symptoms that led to the use of the drug (insomnia or anxiety, in fact) can recur in an aggravated manner at the end of the therapy itself.

Finally, tolerance may develop following prolonged use of benzodiazepines. In other words, one can experience a reduction in the effects induced by the drug, for which it is necessary to take more and more doses to obtain the desired effect again.

Although benzodiazepines are considered relatively safe drugs, they are contraindicated in many cases.

Generally, the use of any benzodiazepine is contraindicated during pregnancy - especially during the first trimester - due to malformations that can occur in the fetus.

Furthermore, since benzodiazepines are excreted in breast milk - in most cases - their use is also contraindicated during breastfeeding.

The use of benzodiazepines is contraindicated even in the following cases: 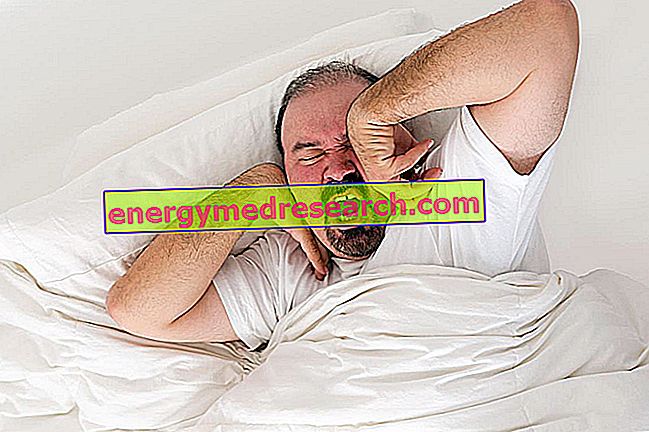 Why does the breath smell bad when I wake up? 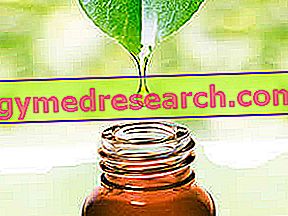 Treating the Piorrea with herbs 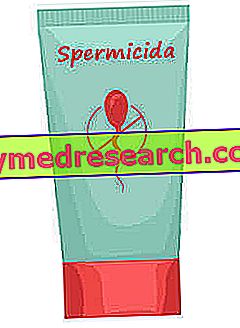