Lung biopsy consists of taking and analyzing in the laboratory a small sample of lung tissue, coming from an individual with a suspected serious lung disease. The first two methods are minimally invasive, but unfortunately not very specific, ambulatory examinations; open-lung pulmonary biopsy, on the other hand, is a real surgical operation, whose possible complications are counterbalanced by a great specificity.

What is lung biopsy?

Lung biopsy is a diagnostic procedure that consists of collecting and analyzing in the laboratory a more or less extensive sample of lung tissue.

The collection can take place in at least 3 different ways.

The choice of the method used for the collection is the responsibility of the attending physician and depends on the patient's general state of health and on the size of the sample to be analyzed. In fact, as we will see in the next chapters, there are minimally invasive, but not very specific, procedural methods and rather invasive, but very specific and reliable procedural methods from the point of view of results.

Briefly, the 3 techniques for collecting a lung tissue sample are:

Doctors consider it appropriate to perform a lung biopsy when:

It is usual practice that, a few days before the lung biopsy, the doctor in charge of performing it (or a qualified member of his staff) meets the patient, to inform him of the details of the procedure and to interrogate him about:

If the sampling procedure consists of a small surgical procedure, complete with general anesthesia and brief hospitalization ("open-air" lung biopsy), a blood test, an electrocardiogram and a blood pressure check are also provided. In other words, vital signs are checked.

If the patient was a woman and even suspected of being pregnant, it is advisable to report this suspicion to the doctor.

When general anesthesia is required, as on the occasion of the "open-air" lung biopsy, the patient, on the day of the examination, is required to appear at full fast for at least 8 hours.

Generally, if the procedure is held in the morning, doctors advise eating the last meal by midnight on the previous day.

The only drink granted, until a few hours before the intervention, is water.

This procedure requires the administration of a local anesthetic in spray and can last from a minimum of 30 minutes to a maximum of 60 minutes.

The bronchoscope commonly used is a very thin, flexible tube equipped with an optical fiber camera. The latter is used by the examining doctor to find his way in the pulmonary airways (in particular the bronchi) and to identify the area of ​​abnormal lung tissue, which should be taken.

Once the most indicative area has been identified for subsequent analyzes, tissue sample collection takes place.

WHO EXECUTES THE EXAM?

To perform a bronchoscopic biopsy, it is generally a pneumologist, that is a doctor who specializes in the diagnosis and treatment of diseases affecting the respiratory system, in particular the lungs.

The bronchoscopic biopsy does not foresee any hospitalization, but only a brief period of observation lasting about 1-2 hours.

During this time, the patient undergoes a chest x-ray to understand / see if the passage of the bronchoscope has caused damage to the airways.

SENSATIONS DURING OR AFTER THE PROCEDURE

At the end of the procedure and for several hours, the patient may experience the following discomforts: sore throat, hoarseness, dry throat and difficulty swallowing.

A VARIANT: THE BRONCOALVEOLARE WASH

Sometimes, the doctor uses the bronchoscope to release a saline solution, which disrupts the lung tissue it comes into contact with.

If properly recovered, this solution contains within it a sufficient number of cells, to be observed in the laboratory.

During a pulmonary needle biopsy, the pulmonary cells to be analyzed in the laboratory are taken by means of a long needle inserted into the chest.

SOME DETAILS OF THE PROCEDURE

To identify the exact injection site of the needle, your doctor will use some imaging diagnostic procedures, such as CT, ultrasound or fluoroscopy. In fact, with their execution at the time of the biopsy, it is able to know where the anomalous area of ​​lung tissue resides, which must be taken for laboratory analysis.

At the time of needle insertion, the patient is required to hold his breath and not move his chest: only in this way, the sampling takes place at the desired point.

The entire procedure is performed under local anesthesia (NB: the anesthetized area is obviously the chest) and can last between 30 and 60 minutes.

WHO EXECUTES THE EXAM?

A pulmonary biopsy may be either a radiologist or a pneumologist .

Like bronchoscopic biopsy, pulmonary needle biopsy does not include any hospitalization, but only an observation period not exceeding 2 hours.

During this time, the patient must undergo a chest x-ray to ensure that the needle has not damaged the lungs or other neighboring anatomical structures during penetration.

SENSATIONS DURING OR AFTER THE PROCEDURE

During the injection of the anesthetic (NB: this is done using a syringe), the patient may experience stinging or burning pain lasting a few seconds.

At the end of the procedure and the exhaustion of the effects of anesthesia, it is likely that the point of the chest, in which the needle for biopsy has been inserted, is painful.

"Open-air" lung biopsy is a full-fledged surgical procedure that involves performing one or more incisions between the ribs and inserting, through the aforementioned incisions, the necessary instrumentation to take the tissue sample.

As anticipated, "open-air" lung biopsy requires general anesthesia. This implies that, at the time of the examination, the patient is completely unconscious.

Due to its delicacy, "open-air" lung biopsy is practiced only when the less invasive lung biopsies (ie bronchoscopic biopsy and pulmonary needle biopsy) have proved to be not exhaustive.

SOME DETAILS OF THE PROCEDURE

The canonical duration of an "open" lung biopsy is about an hour .

At the end of the surgical operations, the operating doctor must perform a pleural drainage for the re-expansion of the lung, from which the tissue sample was taken.

During the operation, in fact, this lung collapses as after a pneumothorax.

The incisions are closed with absorbable or non-absorbable stitches. If non-reabsorbable sutures have been applied, they should be removed after 7-14 days.

In general, after the procedure, the patient must remain in the hospital for at least a couple of days: during this time, the operating surgeon and medical staff periodically monitor his vital parameters and how his physique responds to the operation.

This is usually a precautionary shelter.

Upon awakening from anesthesia and for the next 12-24 hours, the patient may feel confused and slowed down in reflexes: they are the normal after-effects of general anesthesia.

Regarding the effects of the operation, "open-air" lung biopsy often causes, for at least a few days: tiredness, chest pain during breathing, slight blood loss at the incision point and sore throat (NB: is due to the respirator used for general anesthesia).

By now practiced by an increasing number of hospital centers, VATS provides for the use of a tool called a thoracoscope .

The thoracoscope has, at one end, a light and a fiber optic camera, connected to a monitor; light and camera allow the operating surgeon to orient himself better inside the thoracic cavity and to identify more precisely the sampling area.

As for the procedure, the operative steps are not very different from those of an "open-air" lung biopsy: however, general anesthesia is provided, as well as the execution of some incisions on the chest for the insertion of the surgical instrumentation (between which also the thoracoscope) and the realization of pleural drainage.

To justify its increasingly widespread use are at least a couple of factors:

However, it should be pointed out that the appearance of complications depends very much on the type of lung biopsy performed. In fact, bronchoscopic biopsy and pulmonary needle biopsy are less dangerous than "open-air" lung biopsy or its thoracoscopic variant.

Moreover, the first two are not particularly complex outpatient examinations, while the second two are full-fledged surgical interventions (and during any surgery, even the simplest, complications may arise).

The possible complications of a lung biopsy, performed in surgical mode.

After a lung biopsy, you should contact your doctor immediately (or go to a hospital) in the presence of:

Except in special cases (tuberculosis), after a lung biopsy, laboratory results are available after 2-4 days. 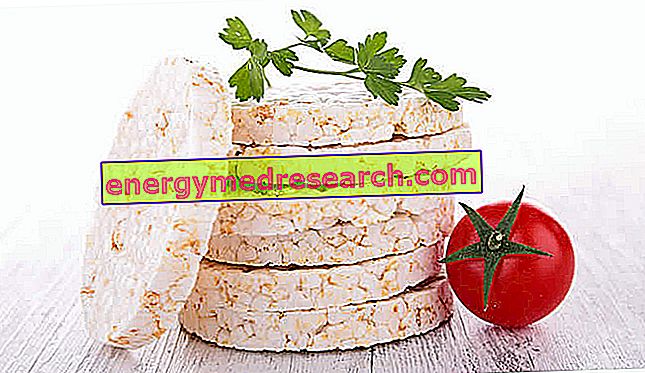