Aphrodisiacs in history and aphrodisiac remedies

Aphrodisiacs are substances that stimulate and cause desire and sexual arousal. Their name derives from Aphrodite, Greek goddess of love, beauty, sexuality and lust. Since ancient times (Egyptians, Greeks and Romans) man has sought, selected and diffused substances with aphrodisiac properties in order to awaken their sexual appetites at the right time. Among all these substances there are also many foods, selected because they are able to overcome emotional blocks and reluctance. Think for example of alcohol and its properties if not aphrodisiac, at least uninhibited and socializing.

According to tradition, exceptional sexual performances could also be attributed to certain foods. Among these, the best known are oysters, caviar, prawns, truffles and some spices (pepper, chilli, cinnamon, nutmeg, cloves, saffron, vanilla, ginger).

Particularly sad and distressing is the belief that certain exotic concoctions arising from parts of the body of endangered animals have aphrodisiac properties (rhino horns, snake blood, whale meat, etc.).

Although these are useless legends, the recklessness with which men and women buy and use these substances to make more under the sheets should make us think.

And if these aphrodisiac remedies are used to bring a person to bed, it means that, in addition to having touched him, we have also broken down the bottom. Yet the web is full of remedies, pheromone-based magic sprays, able to bring down the partner in our arms. Whether they succeed or not, they are still subtle and slimy remedies just like the spirit of those who buy and use them. There are probably very few things more humiliating than being reduced to needing foods or substances with the alleged aphrodisiac effect to bring a person to bed. It simply means being insecure, not believing in yourself, and having a strong propensity for fraud (a bit like being reduced to stealing to make money).

The speech obviously falls if we add, for example, a pinch of chilli to the partner's dish with the conviction that it can make it more uninhibited and sexually active. If making this gesture on the first date is not morally commendable, doing so with the consent and complicity of the partner, when this has already clearly expressed his interest in us, can contribute to creating an atmosphere of complicity by adding, it is precisely the case. to say, a little spice for the evening.

Aphrodisiacs should not be used for the purpose of conquering and seducing the object of our desires. They can never help adding a little pepper and complicity to a pleasant evening with your partner.

To conquer the person of our interest, please try to focus on our qualities, without resorting to miserable tricks that, if we think about it, are just the despicable fruit of an insecure soul.

Anaphrodisias is the lack of sexual desire that can be linked to congenital or acquired psychophysical diseases (hormonal alterations, psychological blockages, severe stress, etc.). In most cases the origin of the problem is precisely psychological, and the belief that a certain substance can rekindle the lost desire can be helpful (placebo effect). The atmosphere, intimacy, complicity and having spent pleasant moments in the company of the partner contribute to further reinvigorate sexual appetites.

These are the more or less scientific and rationally acceptable aspects on which the effectiveness of aphrodisiacs would be based.

Numerous scientific researches have indeed shown that the aphrodisiac power of certain substances or foods would be linked only to a phenomenon of psychic suggestion. From the pharmacological point of view, on the other hand, there are no certain data to prove its effectiveness.

Returning a bit with his feet on the ground, any person with a minimum of logic would realize that the rather long times of the digestive processes would not allow an immediate aphrodisiac effect. Furthermore, the belief that some foods have aphrodisiac properties by virtue of their richness in substances fundamental to sexual functions does not have any scientific basis. Caviar, for example, is rich in zinc, an important mineral for sperm production but, unless there is an important deficiency, the intake of this substance does not increase the number of sperm produced.

Without giving too much weight, we can therefore say that some foods and substances actually have aphrodisiac properties that are based above all on psychological and cultural factors (placebo effect). 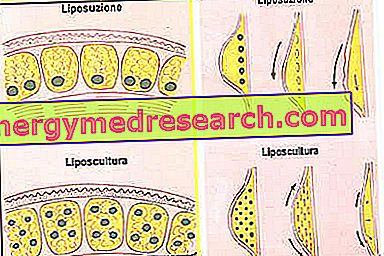 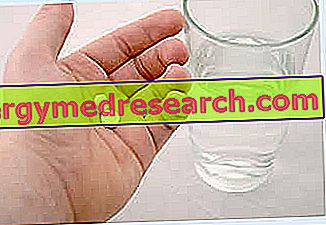 Melatonin: Indications and method of use 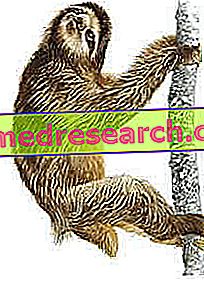