KINOX © is a drug based on Ciprofloxacin hydrochloride monohydrate

KINOX ® is a drug used in the clinical field in the treatment of infections sustained by microorganisms sensitive to Ciprofloxacin and responsible for respiratory, otorhinolaryngological, gynecological, urinary, osteo-articular, skin and soft tissue infections.

KINOX ® is a medicinal product based on Ciprofloxacin, an antibiotic belonging to the second generation Fluoroquinolone class and therefore has a broad spectrum of action and particularly advantageous pharmacokinetic properties.

Orally taken as a matter of fact this active principle is rapidly absorbed by the enteric mucosa, reaching the maximum plasma peak in only 60-120 minutes, to be distributed homogeneously in the various tissues and still excreted unchanged in the urine.

This ability allows Ciprofloxacin to extend its bacteriostatic activity even to the last urinary tract, thus representing an antibiotic of choice for the treatment of genitourinary infections.

From the molecular point of view, KINOX ® owes its therapeutic efficacy to Ciprofloxacin's ability to bind and inhibit enzymes such as DNA gyrase rather than DNA topoisomerase IV, normally involved in bacterial replication mechanisms, and therefore responsible for the proliferation of these microorganisms .

The above abilities, active even at minimum concentrations, significantly increasing the therapeutic efficacy of the drug, in some cases compromised by the onset of resistance mechanisms that prevent the active ingredient from concentrating in relevant quantities in the bacterial cytosol.

Work demonstrating that the adequate use of Ciprofloxacin may be effective in reducing the incidence of septicemia following trans-rectal echo prostatic guided biopsy.

This represents an important result given the diagnostic importance of this test.

Interesting study that demonstrates how Ciprofloxacin can reduce the fibrogenic activity of fibroblasts during scleroderma, thus reducing the pathogenic consequences and thus improving the clinical course of the disease.

Experimental study, conducted on lung carcinoma cell lines, which demonstrates how Ciprofloxacin may present an adjuvant activity in the treatment of lung cancer, also inhibiting the mouse isomerase of neoplastic cells and thus reducing the proliferative rate.

The dosage of Ciprofloxacin to be used, although generally comprised between 500 and 1500 mg daily to be divided into at least two assumptions, must necessarily be defined by the physician on the basis of the patient's physiopathological conditions, the severity of his clinical picture and the therapeutic goals.

An adjustment of the standard dosages would be necessary in patients suffering from kidney disease and in elderly patients.

The intake of KINOX ® must necessarily be preceded by a careful medical examination in order to assess the prescriptive appropriateness and the possible presence of contraindications.

Particular caution should be reserved for patients in senile or pediatric age as well as in all patients suffering from renal pathologies, in which, since the excretory capacity is compromised, the half-life of the active principle significantly increases, therefore also the relative side effects.

In order to preserve the health of patients receiving KINOX ® it is useful to remember that Ciprofloxacin is able to induce photosensitivity, thus causing the onset of burns or erythemas following direct exposure to sunlight.

Prolonged use of this antibiotic could cause infections caused by resistant microorganisms, such as Clostridium difficile, responsible for serious pathological conditions such as pseudomembranous colitis.

An increase in the frequency of hemolytic episodes was observed in patients with glucose 6 phosphate dehydrogenase enzyme deficiency undergoing therapy with KINOX ®.

Given the ability of Ciprofloxacin to pass through both the blood-placental barrier and the breast filter, we generally discourage the use of this antibiotic during pregnancy and in the subsequent period of breastfeeding, given the potential side effects to the health of the fetus and of the infant.

In order to preserve the pharmacokinetic and pharmacodynamic characteristics of Ciprofloxacin it would be advisable to avoid the simultaneous intake of:

The use of KINOX ® is contraindicated in patients hypersensitive to the active ingredient or to one of its excipients, rather than in patients receiving tizanidine or suffering from chronic renal failure.

Treatment with KINOX ® could lead to the appearance of side effects, fortunately transient, such as: nausea, diarrhea, changes in liver and kidney function, headache, irritability, sleep disturbances, changes in the haematological pattern, photosensitivity and disorders of the osteo- articulate.

KINOX ® is a prescription-only drug. 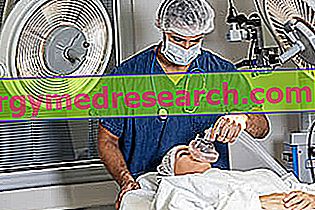 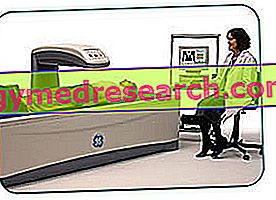 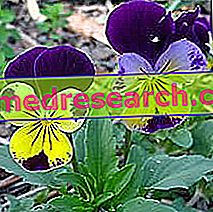 Pansy in Herbalism: Properties of Pansy