What to Eat After the Gym

What to eat after training? This is one of the main questions that grip many athletes and gym goers. Doubts arise from the awareness that the various foods are different not only for composition, but also for digestive needs, and that all these characteristics must adapt to the needs of the individual athlete. The choice of the post-workout snack should be made in respect of some variables; these are: goal of training, possible pathological conditions, need of the organism (type of training done), frequency and intensity of training, balance of the diet in the rest of the day, personal tastes and comfort - ease of use.

Having said this, it is necessary to specify that the post workout snack essentially performs 4 functions:

Many would answer: " After training! " However, the discourse is not so superficial, given that the time elapsed between the interruption of motor effort and the introduction of nutritional molecules is the key to many food strategies. On the other hand, as often happens, many of these strategies are diametrically opposed to each other! So which is the most correct?

A first line of thought believes that the post workout snack should take full advantage of the body's anabolic window . This "moment" - generally proportional to the entity of the previous athletic effort (volume and intensity) - is superimposable to the duration of the first phase of EPOC (Excess Postexercise Oxygen Consumption) and is excellent in the first 15 'from the end of the effort; after which it fades progressively. Among the various metabolic reactions typical of the circumstance, in principle there is a remarkable ability to receive glucose from the muscle also WITHOUT the intervention of insulin; obviously, the greed of the fibrocellule is however sensitive to the release of the hormone. In short, certain athletic trainers and sports dieticians suggest taking the post-workout snack when you are still "out of breath" or at least in the locker room, to increase the speed of restoring glycogen stores and stop the muscle catabolic process.

Other professionals, instead, base their choice on different aspects that characterize the EPOC; these are: the increase in basic energy expenditure and the increase in the release of somatotropin (growth hormone or GH). This latter mediator, which increases with decreasing blood glucose levels, plays a role of glycogenolysis (to increase blood sugar) during exercise but, at the same time, prevents (as far as possible ...) an excessive muscular catabolism. With the support of GH it would therefore be possible to take full advantage of the increase in basal metabolism by postponing the post workout snack up to more than 60-120 'from the end (ie, once the first phase of the EPOC has been completed).

As can be deduced, the choice of one or the other method depends very much on the objective pursued; the first case concerns mainly bodybuilders in hypertrophy and athletes who practice more than 4-5 weekly training sessions. The second, mainly bodybuilders in the cutting phase (definition), those who practice fitness for weight loss or athletes who must reach the weight of a certain category.

However, it is better to keep in mind that the post workout snack becomes essential only when it requires a certain immediacy, or in the first case. In the second case, when the end of the session is placed close to the main meals, there is no need to consume it.

" What is the most correct nutritional composition of the post workout snack? " As for the previous question, even in this circumstance the answer is: "it depends ... ".

Taking into account the subjective nutritional needs, depending on the objective and the type of training, the meals to be consumed after physical engagement can be predominantly carbohydrate or protein-based, with a rapid entry into a variable circle, and a lipid percentage as well floating.

Assuming that the goal is to favor the anabolism of carbohydrate stocks as quickly as possible, the post training snack will be early, almost entirely based on medium to high glycemic index carbohydrates, with very few fibers, proteins and lipids (could be recommended some branched support amino acids). Then, go ahead for sweet liquids, fruit juices, rice cakes, rusks, boiled potatoes, ripe banana, boiled white rice, etc. A second post-workout snack based on proteins and lipids should not be excluded, to be taken after about 1-2 hours; this is the case: yoghurt (normal, thickened, lean, whole, etc.), tuna, cooked egg whites, low-fat cold cuts (possibly not very salty), roast beef and a few oil seeds (almonds, walnuts, hazelnuts, pistachios, pine nuts) etc.).

On the other hand, if the anabolic target mainly affects muscle fibers, the snack will certainly be mixed. High glycemic index carbohydrates will act as an insulin stimulator and food of animal origin from plastic substrate (amino acids). The temporal tolerance is greater and the foods can be taken even after 15 'from the end of the training. The products are the same but in smaller portions; in practice, part of the glucidic ones leaves room for proteins. Better to avoid too much fiber and lipids to avoid reducing the glycemic index too much.

Another example concerns the search for adipose catabolism . I want to emphasize that in this circumstance the training must be carefully weighed (especially in the presence of a slimming diet) to avoid unduly compromising the muscular trophism. It is not rare that, through the supplementary support with creatine, force stimulation protocols are used, therefore very intense but with few repetitions and lasting about 30-35 '; better to avoid aerobic activity completely. Respecting the criterion mentioned in the previous chapter, the post workout snack will be taken at least one hour after the end (better 90 '). The nutritional base will be mainly of: high biological value proteins or branched amino acids, very few carbohydrates with low glycemic index, dietary fiber and unsaturated lipids. The protein foods are the same ones already mentioned, preferring thickened low-fat yoghurts and egg whites (for the greatest biological value); those glucidic could be vegetables (especially carrots) or some types of fruit (such as Granny Smith apple or grapefruit or strawberries etc.), while lipid foods are extra virgin olive oil or oilseeds (but it is appropriate to take into consideration the lipid part contained in protein foods). With fruit, vegetables and oilseeds, fiber intake also increases.

The last circumstance that should be mentioned is those who try to reduce the fat mass gradually but very slowly . In this case it is possible to exploit a mixed method, in which we try to block muscle catabolism by using the anabolic window but with the use of foods with low glycemic index (avoiding insulin stimulation as much as possible). This system is often associated with mild and infrequent training protocols, possibly mixed but with a decidedly low intensity aerobic component. This allows the slow but complete recovery of glycogen stocks over the time that passes between training sessions.

Ascending, mixed or descending ?! Perhaps none of these 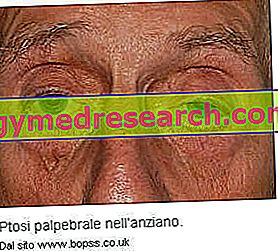