Anyone who does not want to give up the coveted bronze color during the winter months, therefore, can resort "quietly" to artificial lamps.

Today, public awareness of the dangers of sun exposure has increased considerably, and many know that tanning lamps, like ultraviolet rays, have negative repercussions on our body.

The first tanning equipment appeared in the States around the 1960s. Most of these were devices for domestic use that were much less effective and safer than current technologies.

Born from cultural and economic presuppositions, they were actually presented as a safe or even beneficial product, as opposed to a sun which, given the continuous decrease in the ozone layer, became increasingly dangerous.

High pressure UVA lamps have become very popular in recent years. Their filters should minimize exposure to UVB radiation which is more dangerous than the previous ones in determining skin erythema. Just the filters are the most important element of these equipments and manufacturing defects or lack of maintenance can cause serious damages to the skin.

UVA radiations, if on the one hand cause less skin redness, on the other hand have a lower tanning power.

We have therefore tried to maximize the radiation intensity, up to values ​​10 times higher than natural radiation.

Currently, there is a very precise regulation regarding tanning lamps which foresees the division into four different groups:

Type A ultraviolet radiation reaches the skin in depth, at the level of the dermo-epidermal junction, stimulating the production of melanin by the melanocytes.

Type B ultraviolet radiations, on the other hand, do not penetrate as deeply as UVAs, but remain at the level of the epidermis. For this reason, they are responsible for the first phase of irradiation which, in many cases, causes redness, inflammation and sunburn.

For the moment, the techniques used for artificial tanning seem to be free of negative effects, even if their unnatural concern is for scholars and consumers.

Furthermore, although less dangerous than UVB, class A ultraviolet radiation is not entirely harmless. In particular, some studies have shown that if on the one hand they have poor short-term negative effects, on the other they can cause serious alterations after many years (skin cancers). In addition to this, UVA radiation is believed to be the main cause of the well-known and feared photo-aging. It is well known, in fact, that those who expose themselves excessively to UV rays - be they of natural origin or artificial origin - undergo premature skin aging, characterized by the appearance of blemishes such as skin spots and wrinkles.

Among the other side effects that can be faced by resorting to artificial tanning, we recall:

Although widespread, practiced by many people and - apparently - well tolerated, artificial tanning is an aesthetic technique that has some contraindications.

Generally, the use of artificial tanning is contraindicated - or in any case strongly discouraged - to individuals who:

If you really can't give up having a perfect tan all the time and, for this reason, artificial tanning is used, in order to prevent side effects and complications, it is useful to take some precautions.

In this regard, since - in general - the damages caused by the solar lamps are very similar to the solar ones, it can be useful to follow these few and simple tips: 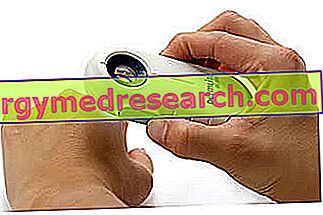 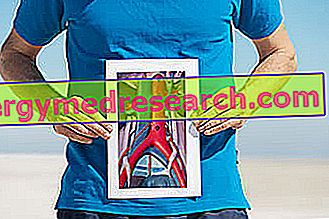