Pufferfish is a delicacy typical of the Eastern world, particularly of Japan; on the other hand, it is bizarre to consider this dish as a treat, since the fish in question contains the extremely dangerous TTX or tetradotoxin . Not surprisingly, the consumption of puffer fish is prohibited by Italian law since 1992.

The TTX, tetrodotoxin also known as tetrodox, is a very powerful neurotoxin, whose name derives from the order of belonging of the fish that contain it, the Tetrodontoformes: literally, the term means "fish with four teeth". TTX is also produced by porcupine fish and has been detected in newts, small polyps, angel fish, Atelopus toads, starfish, cod and even in some bacterial and viral species (eg Pseudomonas, Vibrio alginolyticus, etc.).

The TTX toxin was first isolated in 1909 by a Japanese scientist, after which it had to wait until 1964 to definitively discover its mechanism of action, thanks to the scientists Toshio Narahashi and John W. Moore.

Although the absolute dangerousness of the TTX is now known, some "fish lovers" and at the same time contemptuous of the danger, going to Japanese restaurants, love to perceive the numbness of the lips or tongue eating a small fragment of puffer liver containing the deadly toxin. In doing so, many cases of "accidental" death were recorded due to paralysis of the diaphragm and respiratory failure. [taken from Neuroscience. Exploring the brain, by Mark F. Bear, Barry W. Connors, Michael A. Paradiso]

However, the propaganda on the extreme toxicity of puffer tetradotoxin does not seem to worry these fish lovers excessively, far from it: nevertheless, in fact, the demand for "culinary delicacy" does not tend to diminish. In Japanese restaurants - where this meat is consumed on the agenda - a sort of special license is required, in order to instruct the cooks in the careful and meticulous preparation of the fish, making it harmless.

TTX is contained in the liver and ovary of puffer fish, while in meat the amount of TTX is almost zero or poor.

We have seen that tetrodotoxin is a powerful and dangerous neurotoxin, capable of killing a man even at very low doses; so much so that TTX is considered even more dangerous than cyanide (100 times more toxic than potassium cyanide).

After ingestion of just 1 milligram of tetradotoxin, a series of chain events is triggered in the body that inexorably leads to death: the dependent voltage sodium channels placed on the surface of the nerve membranes are blocked by the very strong bond established with the tetrodotoxin, which mimics the sodium cation (positively charged). Under normal conditions, the bond between the cation and the canal is quantified in a nanosecond: when TTX replaces sodium, the bond remains for 10 seconds. Clearly excessive time. Consequently, the possibility of entering the canal is denied to the sodium, therefore the membrane action is abruptly interrupted. It has been calculated that the LD50 (average lethal dose) of tetrodotoxin in the mouse is equal to 334 μg per kg: in humans, the lethal dose is around 25 milligrams (for a subject of 75 kg), while it is equivalent to 8 μg per kg intravenously. [doses taken from //it.wikipedia.org/]

As we have seen, comparing potassium cyanide to TTX, it has been observed that the latter is 100 times more dangerous and toxic; moreover, tetradotoxin has proved to be even more powerful than the venom of the black widow and some southern Asian snakes.

TTX poisoning begins with a slight numbness of the tongue and lips, after 20 minutes or 3 hours after ingestion of the toxic fish. Subsequently, paresis begins in the face and lower and upper extremities, accompanied by dizziness, shortness of breath, tinnitus, irregular heartbeat and, possibly, nausea, diarrhea and vomiting.

The symptoms of TTX poisoning continue with a progressive worsening of paralysis, followed by movement disorders and breathing difficulties. The patient, at this stage of intoxication, appears pale, shows a marked hypotension and a difficulty in expressing himself.

Death occurs after 20 minutes / 8 hours (especially 4-6 hours) from ingestion of poisoned meat: sometimes, the patient remains conscious until a few moments before he dies [taken from www.acquaportal.it]

From 1974 until 1983, 646 cases of tetrodotoxin poisoning, of which 179 were victims, were observed in Japan. In the habitable areas of the Pacific, on the other hand, very few TTX victims have been recorded.

Currently, the estimates show around 200 cases of poisoning, with a mortality of around 50%.

Curious is the "zombising" practice carried out in Haiti: some sorcerers exploit the zombie powder ( zombie powder made from puffer fish) in some bizarre voodoo rituals, in order to reduce the adepts into a trance state .

Unfortunately, no truly effective antidote has been devised; however, a possible anti-poison in the mouse has recently been formulated, which is still being tested.

After ingestion of the fish containing the TTX toxin, immediate gastric lavage is necessary and indispensable, followed by the intake of molecules capable of binding the toxin (activated carbon).

When the ingestion of tetradotoxin is accompanied by a marked reduction in blood pressure, it is recommended to take pharmacological substances alpha-adrenergic agonists in saline intravenously.

Important the monitoring of the breath and heartbeat of the poisoned patient: when necessary, perform artificial respiration and cardiac massage. In case of severity, patients are admitted to intensive care to perform assisted ventilation.

In the medical field, TTX is used to isolate and clone the sodium channel.

Abdomen and iron thighs The solution is at hand 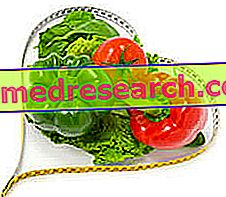 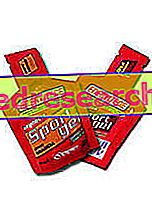