What is dry cough?

Every type of cough devoid of muco-catarrhal expectoration is dressed in the adjective " dry " or " non-productive ". Typical of bronchial inflammatory states of viral origin and pleural pathologies, dry cough is manifested by the emission of a dry-barking noise, the result of a pain or a solicitation in the throat. Most often, dry cough begins with a strong pain in the chest, accompanied by close and repeated coughing, which often results in vomiting.

Depending on the triggering cause, dry cough may suddenly appear and disappear just as quickly, or persist for many weeks.

Cough is not a disease: rather, it is a symptom that occurs when the respiratory mucous membranes are irritated by viral, bacterial, smog, smoke or dust.

The cough is therefore a defensive and protective reflex that the organism adopts to eliminate the irritating agent from the airways.

Most often, dry cough is not a phenomenon in itself; so much so that it is often accompanied by other symptoms that vary clearly according to the triggering cause.

Being a recurrent phenomenon in most influenza states, dry cough tends to occur in association with characteristic symptoms such as fever, general malaise, sore throat, nausea, hoarse voice and joint pain.

Less frequently, the clinical picture of dry cough is complemented by other symptoms, such as halitosis (bad breath), bleeding gums, diarrhea, loss of appetite and rash.

In most people, dry cough worsens during the night, to gradually fade in the early hours of the morning.

Dry cough is a characteristic symptom of numerous respiratory diseases of infectious, allergic, traumatic and even neoplastic origin.

Let us therefore see how dry cough begins in the different diseases related to it, and from which other symptoms it comes alongside:

Other causes of dry cough

Not necessarily dry cough is synonymous with infectious diseases, allergies or tumors. In fact, many patients develop dry and irritated coughs after inhaling irritants, such as smoking ("smoker's cough"), dust and pollution.

In addition to irritants, some drugs can also induce a dry cough: many patients treated with ACE inhibitors (drugs for the treatment of high blood pressure) often experience collateral symptoms such as a dry cough.

We have seen that dry cough tends to recur again and again during the day, especially when the cause lies in a viral infection. The continuous repetition of coughing can induce bronchopulmonary lesions, even serious ones, such as to be extremely dangerous for those suffering from heart diseases or hypertension. For this reason, in the case of persistent dry cough, it is recommended to resort to specific medications and not to neglect any symptoms, clearly always and only after consulting the doctor.

The medical examination is indispensable when the dry and persistent cough is accompanied by particular symptoms, such as specifically:

When the clinical picture of a patient suffering from chronic dry cough includes one or more of these symptoms, the consultation of a competent figure in the matter proves to be essential to surprise in the bud the onset of any pathologies, even serious ones. 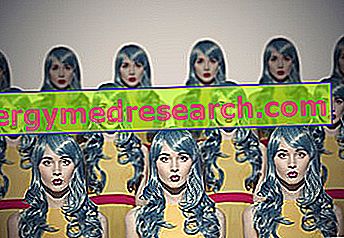 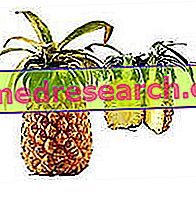