Nucleic acids are the great biological molecules DNA and RNA, whose presence and proper functioning, inside living cells, are fundamental for the survival of the latter.

A generic nucleic acid derives from the union, in linear chains, of a high number of nucleotides. Nucleotides are small molecules, in which three elements are involved: a phosphate group, a nitrogenous base and a sugar with 5 carbon atoms.

Nucleic acids are vital for the survival of an organism, as they cooperate in the synthesis of proteins, essential molecules for the correct realization of cellular mechanisms.

DNA and RNA differ in some respects.

What are nucleic acids?

Nucleic acids are the biological macromolecules DNA and RNA, whose presence, within the cells of living beings, is fundamental for the survival and correct development of the latter.

According to another definition, nucleic acids are the biopolymers resulting from the union, in long linear chains, of a high number of nucleotides .

A biopolymer, or natural polymer, is a large biological compound made up of identical molecular units, which are called monomers .

NUCLEIC ACIDS: WHO IS IN POSSESSION?

Nucleic acids reside not only within the cells of eukaryotic and prokaryotic organisms, but also in acellular life forms, such as viruses, and in cellular organelles, such as mitochondria and chloroplasts .

Based on the above definitions, nucleotides are the molecular units that make up the nucleic acids DNA and RNA.

Therefore, they will represent the main topic of this chapter, dedicated to the structure of nucleic acids.

STRUCTURE OF A GENERIC NUCLEOTIDE

A generic nucleotide is a compound of organic nature, the result of the union of three elements:

The pentose is the central element of the nucleotides, as the phosphate group and the nitrogenous base bind to it. Figure: Elements that constitute a generic nucleotide of a nucleic acid. As can be seen, the phosphate group and the nitrogen base are bound to sugar.

HOW DOES THE PENTOSO JOIN THE VARIOUS BONDS WITH OTHER ELEMENTS?

Premise: chemists have thought of numbering the coals that constitute the organic molecules in such a way as to simplify their study and description. Here, then, that the 5 coals of a pentose become: carbon 1, carbon 2, carbon 3, carbon 4 and carbon 5.

The criterion for assigning numbers is quite complex, therefore we consider it appropriate to leave out the explanation.

Of the 5 coals that form the pentose of nucleotides, those involved in the bonds with the nitrogenous base and the phosphate group are, respectively, carbon 1 and carbon 5 .

WHAT KIND OF CHEMICAL BONDING NUCLEOTID ACIDS OF NUCLEIC ACIDS?

Figure: Structure of a pentose, numbering of its constituent carbons and bonds with nitrogenous base and phosphate group.

Each nucleotide forming these long strands binds to the next nucleotide, by means of a phosphodiester bond between the carbon 3 of its pentose and the phosphate group of the immediately following nucleotide.

Nucleotide filaments (or polynucleotide filaments ), which make up nucleic acids, have two ends, known as the 5 'end (read "tip five first") and end 3' (read "tip three first"). By convention, biologists and geneticists have established that the 5 ' end represents the head of a filament forming a nucleic acid, while the 3' end represents its tail .

It is on the basis of this organization that, in the books of genetics and molecular biology, the nucleotide strands of a nucleic acid are described as follows: P-5 '→ 3'-OH.

* NB: the letter P indicates the phosphorus atom of the phosphate group.

By applying the concepts of 5 'ends and 3' ends to a single nucleotide, the 5 'end of the latter is the phosphate group bound to carbon 5, while its 3' end is the hydroxyl group combined with carbon 3.

Made up of amino acids, proteins are biological macromolecules, which play a fundamental role in regulating the cellular mechanisms of a living organism.

Genetic information depends on the sequence of nucleotides, which constitute the strands of nucleic acids.

The merit of the discovery of nucleic acids, which occurred in 1869, belongs to the Swiss doctor and biologist Friedrich Miescher .

Miescher made his findings while he was studying the cell nucleus of leukocytes, with the intention of better understanding the internal composition.

Miescher's experiments represented a turning point in the field of molecular biology and genetics, as they started a series of studies that led to the identification of the DNA structure (Watson and Crick, in 1953) and of the RNA, to the knowledge of the mechanisms of genetic inheritance and the identification of precise processes of protein synthesis.

Among the known nucleic acids, DNA is the most famous, as it represents the storehouse of genetic information (or genes ) that serves to direct the development and growth of cells in a living organism.

In 1953, to explain the structure of nucleic acid DNA, biologists James Watson and Francis Crick proposed the model - which later proved to be correct - of the so-called " double helix ".

Based on the "double helix" model, DNA is a large molecule, resulting from the union of two long strands of antiparallel nucleotides and coiled in each other.

The term "antiparallel" indicates that the two filaments have opposite orientation, ie: the head and tail of a filament interact, respectively, with the tail and the end of the other filament.

According to another important point of the "double helix" model, the nucleotides of the nucleic acid DNA possess a disposition such that the nitrogenous bases are oriented towards the central axis of each spiral, while the pentoses and phosphate groups form the scaffold external of the latter.

WHAT IS THE DNA PENTOSO?

The pentose that makes up the nucleotides of the DNA nucleic acid is deoxyribose .

This sugar with 5 carbon atoms owes its name to the lack of oxygen atoms on carbon 2. Moreover, deoxyribose means "oxygen-free".

Due to the presence of deoxyribose, the nucleotides of the DNA nucleic acid are called deoxyribonucleotides .

TYPES OF NUCLEOTIDS AND NITROGEN BASES

The nucleic acid DNA has 4 different types of deoxyribonucleotides .

For obvious reasons, therefore, there are 4 nitrogenous bases of DNA, specifically: adenine (A), guanine (G), cytosine (C) and thymine (T).

Adenine and guanine belong to the class of purines, double-ring aromatic heterocyclic compounds.

Cytosine and thymine, on the other hand, fall into the category of pyrimidines, single-ring aromatic heterocyclic compounds.

With the "double helix" model, Watson and Crick also explained the organization of the nitrogenous bases within the DNA:

WHERE IS RESIDING INSIDE THE LIVING CELLS?

In eukaryotic organisms (animals, plants, fungi and protists), the nucleic acid DNA resides within the nucleus of all cells having this cellular structure.

In prokaryotic organisms (bacteria and archaebacteria), instead, the nucleic acid DNA resides in the cytoplasm, since the prokaryotic cells lack the nucleus.

In fact, the RNA nucleic acid is comparable to a genetic information dictionary, reported on the nucleic acid DNA.

DIFFERENCES THAT DISTINGUISH IT FROM DNA

The RNA nucleic acid has several differences compared to DNA:

It is due to the presence of ribose sugar that biologists and chemists have assigned the name of ribonucleic acid to RNA.

Although they cover different specific roles, the four aforementioned forms of RNA cooperate for a common goal: protein synthesis, starting from the nucleotide sequences present in the DNA.

In recent decades, molecular biologists have synthesized, in the laboratory, several nucleic acids, identified with the adjective "artificial".

Among the artificial nucleic acids, the following are worth mentioning: TNA, PNA, LNA and GNA. 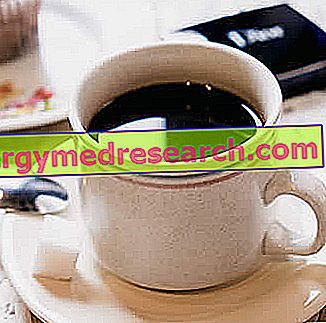 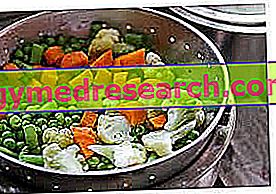 Loss of Vitamins and Minerals with Cooking