Chloroform - otherwise known as trichloromethane (CHCl 3 ) - is a molecule used in the past as a general inhalation anesthetic; this use was then abandoned due to its toxicity. Chloroform appears as a very volatile, colorless liquid with a rather characteristic sweet smell.

Between 1830 and 1831, chloroform was synthesized by several researchers, including the American doctor Samule Guthrie, the German chemist JF von Liebig and the French scientist E. Soubeiran.

These scholars were able to obtain chloroform through a reaction between chlorinated lime (or calcium hypochlorite, Ca (ClO) 2 ) and ethanol, or, alternatively, acetone.

However, these researchers did not know the chemical structure of the compound and hypothesized to have synthesized dichloroethane.

It was only in 1834 that the chemical formula of this substance was identified, thanks to the work done by the French chemist JB Dumas and it was he who attributed the name of chloroform to this compound.

A few years later, in 1842, the English doctor Robert Glover, through laboratory studies carried out on animals, discovered the anesthetic activity of chloroform.

Later, in 1847, chloroform was first used as an anesthetic drug by the Scottish dentist Francis Brodie Imlach.

Within a short period of time, the use of chloroform as an anesthetic drug during surgical procedures spread rapidly throughout Europe and the United States.

However, the therapeutic use of chloroform has led to the death of several patients, probably due to the administration of excessively high dosages and to the intrinsic toxicity (particularly exerted at cardiac level) of chloroform.

During the last years of the 1800s and the early 1900s, the use of chloroform as a general anesthetic was the subject of various debates, due to the fatal implications that often occurred during anesthesia induced with this drug.

Later, with the discovery of new types of anesthetics, safer and less toxic, the use of chloroform was gradually abandoned.

The anesthetic action exerted by chloroform is very powerful. Furthermore, this action is also associated with significant muscle relaxant and analgesic activities.

Once inhaled, chloroform reaches the lungs, then the alveoli, at which level it reaches the bloodstream.

Through the bloodstream, chloroform reaches the central nervous system, where it exerts its depressing activity, counteracting cellular excitability and favoring the appearance of anesthesia.

The side effects on the heart that chloroform is able to induce are probably related to its ability to interact with potassium channels.

As mentioned, the main side effects of chloroform occur at the cardiovascular level. In fact, this molecule is able to cause serious cardiac arrhythmias and severe hypertension that can even lead to death, but not only.

Chloroform also has a marked hepatotoxicity and an equally significant nephrotoxicity, which occur mainly following prolonged exposure to the compound.

In addition to this, chloroform can also cause side effects in the skin, which can occur in the form of skin irritations. Furthermore, it can cause severe allergic reactions associated with hyperpyrexia in sensitive individuals.

Carcinogenic activities are also attributed to chloroform; in particular, it appears to be responsible for the occurrence of hepatocellular carcinomas.

Furthermore, some animal studies have shown that exposure to this molecule can cause abortion and fetal malformations; in addition to causing sperm changes.

Although there are no data on its effects on fertility and human reproduction, chloroform must not be handled and used by pregnant women and mothers who are breast-feeding.

Currently, chloroform is used as a solvent in research laboratories and, since it is a substance classified as toxic and irritant, it should be handled only by specialized personnel with adequate personal protection means (shirts, gloves, etc.).

However, whenever possible, even within research laboratories, we try to avoid the use of chloroform in favor of less toxic solvents.

The deuterated chloroform (CDCl 3 ) - ie the chloroform obtained by replacing the hydrogen atom with a deuterium atom - is instead used as a solvent in a particular type of spectroscopic technique: NMR spectroscopy or nuclear magnetic resonance. 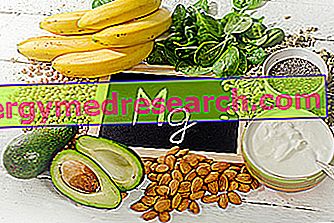