What is Avaglim used for?

Avaglim is used to treat adult patients with type 2 diabetes (also known as non-insulin dependent diabetes). Avaglim is used in patients who are unable to sufficiently control glucose (sugar) in the blood with an adequate dose of sulphonylurea (a type of anti-diabetes drug) alone and for which metformin (another type of anti-diabetes drug) -diabetes) is not appropriate. The medicine can only be obtained with a prescription.

Avaglim is taken once a day immediately before or during a meal, usually the first

Breakfast. Physicians should be careful when prescribing Avaglim to patients at risk of hypoglycemia (low blood sugar), such as elderly patients, patients with low body weight or patients who have taken other medications.

Therapy can be started with separate tablets containing only rosiglitazone or a sulphonylurea and then, when control is achieved, switch to the tablet containing the combination. The starting dose is one 4 mg / 4 mg tablet, which can be increased up to 8 mg / 4 mg after eight weeks, if necessary, but this requires caution due to the risk of fluid retention. If symptoms of hypoglycaemia occur, return to the separate tablets so that the dose of glimepiride can be adjusted.

Type 2 diabetes is a disease due to the fact that the pancreas does not produce enough insulin to control the level of glucose in the blood or when the body is unable to use insulin effectively. Avaglim contains two active substances that each perform a different action. Rosiglitazone makes cells (in adipose tissue, muscles and liver) more sensitive to insulin, so that the body makes better use of the insulin it produces. Glimepiride is a sulphonylurea, which stimulates the pancreas to produce more insulin. The result of the combined action of the two active substances is a reduction of glucose present in the blood, which helps to control type 2 diabetes.

What studies have been carried out on Avaglim?

Since rosiglitazone has been authorized by itself in the European Union (EU) since 2000 under the name Avandia, studies of rosiglitazone alone have been adopted as the basis for Avaglim. Glimeperide has been available in the EU since 1995. Information from scientific publications has been used for glimepiride. Furthermore, four studies were carried out to compare the combination of both active substances with each substance alone, in patients who had never been treated before and in patients in whom treatment with only one of the substances failed to control the sugar level in the blood. In these studies the level of a substance called glycosylated hemoglobin (HbA1c) in the blood was measured, which gives an indication of the effectiveness of blood glucose control.

What benefit has Avaglim shown during the studies?

In all four studies, the combination of rosiglitazone and glimepride was more effective than any of the components used alone in lowering HbA1c levels.

What are the risks associated with Avaglim?

The most common side effects of Avaglim (seen in more than 1 patient in 10) are hypoglycemia (low blood sugar) and edema (swelling). For the full list of all side effects reported with Avaglim, see the Package Leaflet.

Avaglim should not be used in patients who may be hypersensitive (allergic) to rosiglitazone, glimepiride or other components of the medicine, or patients with heart failure, an "acute coronary syndrome" such as unstable angina (a severe type of pain). chest variable in intensity) or certain types of heart failure, liver problems or severe kidney problems.

Nor should it be prescribed to patients with insulin-dependent diabetes or to patients who have complications of diabetes (diabetic ketoacidosis or diabetic coma). For the full list of limitations, see the package leaflet.

It is possible that the dosage of Avaglim should be changed if it is taken with some other medicines such as gemfibrozil or rifampicin: The complete list is given in the package leaflet.

Why has Avaglim been approved?

rosiglitazone to sulfonylureas, especially to glimepiride, has been satisfactorily demonstrated; has decided that the benefits of Avaglim are greater than its risks for the treatment of type 2 diabetes in patients who are unable to obtain sufficient glycemic control with optimal doses of sulfonylureas alone and for whom metformin is inadequate due to contraindications or intolerance. The committee therefore recommended the granting of the marketing authorization for Avaglim.

On 27 June 2006, the European Commission granted a marketing authorization valid for the whole of the European Union to SmithKline Beecham plc for Avaglim.

For the full version of the evaluation (EPAR) of Avaglim click here. 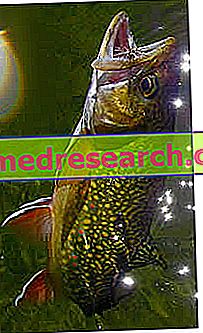