Lobotomy, or prefrontal leukotomy, was a neurosurgical procedure used by psychiatrists in the 1940s and 1950s to treat people with mental illnesses, such as depression, bipolar disorder, schizophrenia, etc. From a strictly procedural point of view, the lobotomy consisted in the excision of part of the nerve connections arriving at and starting from the cerebral cortex, in frontal position.

In general, people who underwent lobotomy manifested a reduction in spontaneity, reactivity, self-awareness and self-control, a marked tendency to inertia, a drowsiness of emotion and a restriction of intellectual abilities.

The first to experiment the effects of the lobotomy on the human being was the Portuguese neurosurgeon Antonio Egas Moniz. It was the year 1935.

Short review on the lobes of the brain

The proper brain has two adjacent formations, called hemispheres, similar from the anatomical point of view, but extremely different as far as function is concerned.

Semicircular in shape and separated by the so-called longitudinal slit, the hemispheres have 4 specific areas, which neurologists call lobes .

Each hemisphere has a frontal lobe, a parietal lobe, a temporal lobe, an occipital lobe .

The figures below help to better understand what has been said so far. Lobotomy, or prefrontal leukotomy or leukotomy, was a neurosurgical procedure used in the psychiatric field between the 1940s and 1960s, which consisted in cutting off part of the incoming nerve connections to and from the frontal cerebral cortex ( ie the cortex of the frontal lobes).

Currently, lobotomy is no longer a neurosurgical technique in use, due to its numerous adverse effects: doctors and experts, in fact, realized after a few decades that its benefits were decidedly more scarce than the risks and complications arising.

The terms lobotomy and leukotomy have Greek origins and derive, respectively, from:

Thus, the literal translation of lobotomy is " cut of the lobes ".

Therefore, the meaning of leukotomy is " cutting white fibers ".

The lobotomy represented a radical treatment to improve the symptomatological picture of people with mental problems, such as:

Depression is therefore a problem that has repercussions on a psychic, behavioral and physical level.

In fact, whoever is affected, alternates moments of extreme euphoria and excitement (manic or hypomanic moments) with moments of severe depression (moments or depressive episodes).

This alternation of very different behaviors has various repercussions: from the social sphere to the work / school sphere.

The British psychiatrist Maurice Partridge, who analyzed the outcomes of lobotomy on more than 300 patients, stated that the improvements deriving from the aforementioned neurosurgical practice depended on " a reduction in the complexity of the psychic life " of the individual.

To define the prefrontal leukotomy and its results, the American Walter Jackson Freeman II, one of the main practitioners of lobotomy between the 1940s and 1950s, coined the term " surgically induced childhood ".

Freeman opted for this terminology, because he was convinced that, after the operation, patients returned to acquiring a "child personality".

Again according to Freeman's ideas, personality regression was the starting point for healing: it is easier, in fact, to influence and correct the behavior of a child than of an adult.

In most cases, the lobotomy involved a decrease in spontaneity, reactivity, self-awareness, self-control and initiative, a marked tendency to inertia, a drowsiness of emotion and a restriction of intellectual abilities.

After the operation, some patients died a few days later or committed suicide; others emerged brain-damaged or with disabling damage; others still needed to be monitored constantly in a hospital for mental patients.

In some rare cases, there were some individuals who gained more benefits than benefits: these people were able to work and take on assignments of some importance.

According to the statistics of the 1940s of the twentieth century, the mortality rate, after lobotomy interventions, was approximately 5%.

IMMEDIATELY AFTER THE INTERVENTION: TYPICAL CONSEQUENCES

In general, immediately after completion of the lobotomy, the patients were stunned, confused and immoderate.

In some situations, someone proved to have a huge appetite, so much so that he often fattened up in a short time; someone else developed a form of epilepsy.

A Swiss doctor named Gottlieb Burkhardt pointed out, for the first time, how surgical manipulation of the brain somehow calmed mental patients. It was way back in 1880 .

Burkhardt operated 6 individuals who suffered from acoustic hallucinations or schizophrenia. For some of the patients, the operation had a tragic ending (one died and another committed suicide shortly after); for others, instead, it involved the development of a state of extreme calm and reduced reactivity to stimuli from the outside world.

To revive the surgical manipulation of the brain, around the 1930s, were two American neuroscientists, a certain Carlyle F. Jacobsen and a certain John Fulton .

Jacobsen and Fulton experimented with the effects of ablation (ie removal) of the prefrontal lobes in chimpanzees. From various experiments, it turned out that the animals, after the operation, became particularly docile.

To see the effects of surgical manipulation of the prefrontal lobes on the human being, it was not necessary to wait long.

In fact, in the same year that Jacobsen and Fulton presented their experiments ( 1935 ), in Portugal, in a Lisbon hospital, the Portuguese neurosurgeon Antonio Egas Moniz performed the first human operations (ie on the human being) of prefrontal leukotomy.

In reality, Moniz devised the intervention technique and a certain Pedro Almeida Lima put it into practice, since the former, at the time, suffered from gout and this prevented him from using his hands to operate.

Briefly, the operative technique of Moniz consisted in making two holes in correspondence of the frontal cranial bones of the patient and injecting, in the underlying prefrontal cortex, pure ethyl alcohol . Pure ethyl alcohol had the effect of disrupting nerve connections, with which it came into contact.

Right from the start, Moniz's operations met with enormous success, especially at the media level.

In the following years, Moniz also created a special tool to perform prefrontal leukotomy, an instrument he called " leucotome ".

Shortly after Moniz's interventions, several other neurologists and neurosurgeons tried their hand at lobotomy: for example, as early as 1936, the aforementioned Walter Freeman and James Watts devised a new operational protocol and began to promote its effectiveness through the media.

For all the 40s and the early 50s of the twentieth century, lobotomy was a widespread procedure, because it was considered miraculous (NB: up until 1951, 20, 000 operations were performed only in the United States!).

Beginning in the mid-1950s, both because someone highlighted its serious adverse effects and because the first antipsychotic and antidepressant drugs came onto the market, it began to gradually lose importance.

In the 1970s, almost no neurosurgeon performed lobotomy operations.

Antonio Egas Moniz received the Nobel Prize for Physiology or Medicine in 1949, for having discovered the therapeutic value of the leukotomy.

In the following years, this honor was the object of numerous controversies, as the evidence supporting the danger and the low efficiency of the lobotomy were more and more evident.

In Italy, the first lobotomy interventions date back to 1937, when Antonio Moniz arrived in our country for practical demonstrations at the hospitals of Trieste, Ferrara and Turin.

As in other European countries, at the beginning, the surgical technique of manipulation of the prefrontal lobes depopulated: in the main cities of the time, in fact, the hospital centers intending to specialize in lobotomy were very numerous.

Probably the most famous Italian in the history of prefrontal leukotomy is Amarro Fiamberti : the latter became famous for having designed the first trans-orbital lobotomy operations. 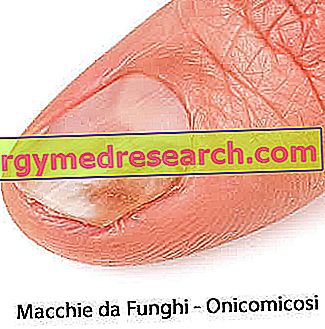 Stains on the nails 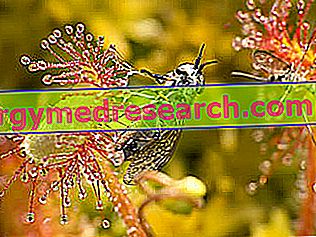 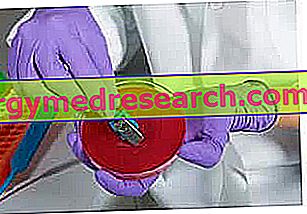 The use of probiotics in oral health