Vanadium [V]: chemical element with atomic number 23; it is an element that is found in metals, consequently it is used in metallurgy for the production of alloys.

In biology, Vanadium is a constituent of enzymes such as vanadium-nitrogenase, and in various biological systems it seems essential to organic homeostasis.

Research has shown that the administration of Vanadium compounds can alleviate the symptoms of diabetes mellitus in a manner comparable to that of Chromium. It is however worth mentioning that:

The effectiveness of Vanadium could find application in the treatment of diabetes mellitus, thanks to the peculiar hypoglycemic effect; the specific pharmacological mechanism is based on the optimization of the endogenous insulin action, favored by the increase in tissue sensitivity even at low hormonal levels. On the other hand, the results of the experiments are dose-dependent and obtained with high pharmacological concentrations that CANNOT be achieved in chronic treatment, due to the TOXIC POTENTIAL of the active ingredient.

To date, the only certainty is that Vanadium does not act in a global manner, but rather SELECTIVE by optimizing the insulin action, while it is not proven that its metabolic efficacy may depend on an insulin-mimetic mechanism.

There are no RDAs for Vanadium and the deficiency has not been described in humans; it is supposed to lead to high levels of blood triglycerides and cholesterol and increase susceptibility to diseases such as heart cancer. A daily intake of 10 - 100 µg is probably sufficient to offset the need for Vanadium.

Vanadium is contained at low concentrations in various foods such as radishes, wheat, black pepper, dill, parsley and shellfish. Its reduced (but more than sufficient) food availability has been readily exploited by some dietary supplement brands, which have marketed it in the form of Vanadylsulfate [VOSO 4 ].

On the label of some of these over-the-counter products it is indicated that Vanadylsulfate INCREASES THE PLASMATIC LEVELS OF INSULIN, consequently increases the physiological anabolic potential, but from what is reported above (therefore in the literature) Vanadium SELFLY facilitates the mechanism of this hormone, with the least probability (unproven) that it also performs some insulin-mimetic function. This suggests that the effectiveness declared by the aforementioned companies is completely unjustified.

In the event that the consumer decides to undertake a Vanadylsulfate-based test cycle, he should do so AWARE that:

the positive effects on insulin metabolism, following the administration of Vanadium, are justified by VERY HIGH PHARMACOLOGICAL ADMINISTRATIONS THAT MAY CAUSE TOXIC SIDE EFFECTS.

NB insulin-dependent and immune-compromised diabetic patients must NOT absolutely use Vanadium-based products. 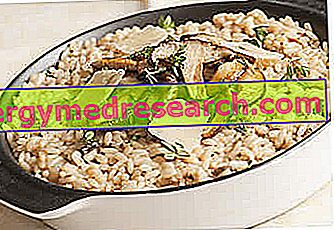