The epithet vulgarly attributed to Phaeophyceae, brown algae, is due to the brownish-black color conferred by the pigments that compose them: these colored substances - known as fucoxanthin and feocroma - perfectly camouflage the green color of chlorophyll, which tends to blacken. Unlike the green ones, the brown algae are all multicellular and have different shapes (generally filiform, discoidal or branched). They are rather complex organisms, when compared to other types of algae; they live in marine environments, in particular in cold and oxygenated waters: some brown algae live near the surface areas, others, instead, in the ocean depths.

The 1, 500 species, divided into 250 genera, all differ from the morphological point of view: in fact, in the vegetable body (called tallo) a root, an axis and the leaves are perfectly distinguished. In the world of algae, rather than root, we speak of rhizoid, able to keep the alga attached to the substrate; the axis is called cauloid, while the leaves - ramified, extended and rather broad - are known as filloidi .

Brown algae can consist of two types of thalli: the apoplastic, which represents the most simplified thallus, and the hypoplastic, which is considerably more complex (cell divisions occur in every direction of space). Chloroplasts are made up of photosynthetic membranes, subdivided, in turn, into lamellae with thylacoids; the membrane is internally made of cellulose and externally of alginic acid.

Depending on the family to which they belong, brown algae have a different mode of reproduction.

Also the brown algae, like the green and red ones, contain chlorophyll (precisely, of type a and c) as well as being particularly rich in carotenes (including beta-carotene and xanthophylls) and other accessory pigments (fucoxanthin). The particular chemical composition of the brown algae allows photosynthesis to be carried out even in the ocean depths, areas where the solar spectrum does not reach it completely. The cell cytoplasm is composed of a polysaccharide, known as laminaran .

Brown algae are rich in carbon hydrates and iodine: because of their huge amount of iodine, brown algae have been extensively used for the treatment of endemic goiter (hypothyroidism) since the past. In particular, Kalm seaweed, kombu seaweed and Kelp seaweed are mentioned: the richness in terms of iodine is used in phytotherapy to stimulate the thyroid gland.

It is important to remember that the herbal products based on brown algae (and iodine-rich algae in general) must be used with extreme caution even by those suffering from hypothyroidism: hyperdosage could in fact cause situations of hyperthyroidism, associated with alterations of the mood, tremors, thyroid dysfunction, tachycardia and arterial hypertension.

As mentioned in the previous paragraph, the most important property attributable to brown algae is related to the huge quantity of iodine they contain: in this regard, brown algae are widely used by the herbalist and pharmaceutical industry for the production of products against the hypothyroidism and metabolism stimulants in general (wide use in slimming supplements). Furthermore, it seems that brown algae boast bland diuretic properties, besides being decongestant of the urinary tract (internal use).

We have seen that the brown algae consist of alginates: these are mucilaginous substances, useful for the formulation of herbal and pharmaceutical products adjuvant to low-calorie diets (mainly satiating properties).

Alginic acid is also used in the food industry, particularly for the production of ice cream. 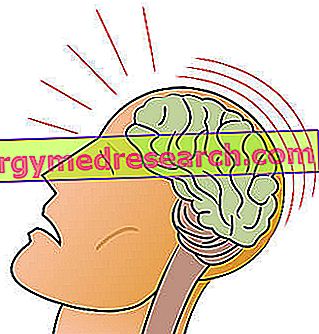 Axonal Damage: What is it? Causes, Symptoms, Diagnosis, Therapy and Prognosis of A.Griguolo