Esophageal achalasia is a motility disorder that affects the esophagus. The disease is determined by the lack of peristalsis and an incomplete opening of the lower esophageal sphincter (muscular valve located between the esophagus and the stomach), during swallowing.

Esophageal achalasia, as a result, makes it difficult to descend the bolus (a mixture of food mixed with saliva that forms in the mouth during chewing), which occurs rather slowly and does not induce the opening of the lower esophageal sphincter. There is therefore an accumulation of food material at the base of the esophagus, which causes further disturbances to the patient (regurgitation and chest pain).

The most common form, the primary achalasia, is caused by an abnormal innervation of the smooth muscle of the esophagus, in the absence of other pathological conditions. However, a small percentage of cases occur as a secondary form to other diseases, such as esophageal cancer or Chagas disease. There is no predominance of sex and the onset of the disease occurs mainly in adults between the ages of 20 and 40 of both sexes. Diagnosis is defined by radiographic studies with barium and esophageal manometry. Some medications or injections of botulinum toxin can provide temporary relief to cases of mild or moderate esophageal achalasia, while the most effective and lasting intervention involves endoscopic therapy (esophageal dilation with a balloon) or surgical procedures (such as Heller's myotomy).

Slowly, over a number of years, people with esophageal achalasia experience increasing difficulty swallowing solid and liquid foods. If it progresses, the disease can cause considerable weight loss, anemia and malnutrition. Furthermore, with the progression of the pathological condition, the esophagus can deform, lengthening or dilating. Patients with achalasia also have a slight increased risk of developing esophagus cancer, particularly if the obstruction has been present for a long time. The doctor may periodically recommend endoscopic checks for the prevention and early diagnosis of esophageal carcinoma.

The causes of esophageal achalasia are not yet defined, but it is believed that at the base there is a neurogenic deficit, that is a damage of the neurons assigned to peristalsis in the wall of the esophagus. Under normal conditions, the nerves coordinate relaxation, opening of the sphincters (upper and lower) and peristaltic waves in the esophageal body.

Recent studies show that? Achalasia is caused by an alteration of some cells of the involuntary nervous system located inside the muscular layers of the esophagus. These are attacked by the patient's immune system and slowly degenerate, for reasons that are not currently understood. As the disease progresses, the nerves begin to degenerate progressively also involving muscle function. This results in the inability to bring food down through the alimentary canal.

Furthermore, the etiology of esophageal achalasia could be linked to a previous infection. In particular, the disorder appears to be common in individuals with Chagas disease, caused by Tripanosoma cruzii .

There is no evidence to suggest a possible origin or hereditary transmission.

Acalasia is a persistent problem that can cause symptoms lasting months or years. People who suffer only from a brief symptomatic episode, such as difficulty swallowing, are generally not affected by a real esophageal motility disorder.

The symptoms of achalasia can begin at any time in life and generally occur gradually.

Most people with achalasia initially suffer from dysphagia, a condition in which it is difficult and sometimes painful to swallow food. This condition tends to get worse over the course of a couple of years. Dysphagia can cause: regurgitation of undigested food shortly after meals, choking, chest pain and heartburn. Some people may also experience coughing attacks when lying in a horizontal position. Pain that occurs in the chest (behind the breastbone) is also known as cardiospasm and can often be confused with a heart attack. From this point of view, achalasia can be extremely painful in some patients.

In the next stage of the disease, when the esophagus deforms by dilating, dysphagia occurs with a minor entity (the food does not stop anymore, after having swallowed it), but new symptoms arise as frequent eructations.

Finally, at the most advanced stage, dysphagia occurs again, so as to induce a gradual but significant reduction in weight, the appearance of anemia and the regurgitation of food that has not been ingested. Both solid foods and liquids, including saliva or mucus, are blocked in the esophagus and can be inhaled into the lungs. If food regurgitation, due to coughing attacks, succeeds in penetrating the respiratory tract it can cause lung infections, such as pneumonia ab ingestis.

In some people, esophageal achalasia causes no symptoms and is only discovered when a chest x-ray is taken or other investigations are conducted for another reason.

The main symptoms of esophageal achalasia include:

Possible complications of esophageal achalasia are:

Three tests are most commonly used to diagnose and evaluate esophageal achalasia:

The purpose of esophageal achalasia treatment is to reduce the pressure inside the lower esophageal sphincter, to allow easier passage of food from the esophagus to the stomach. The underlying disease cannot be cured, but there are various ways to improve the symptoms.

The treatments for esophageal achalasia include:

Drug therapy is indicated especially for patients with mild or moderate disease. Some nitroderivative drugs (for example, isosorbide dinitrate) or calcium channel blockers (such as nifedipine) can help temporarily relax the spastic esophageal muscles and sphincter at the lower end of the esophagus. However, the drugs work only in the short term, so drug therapy does not offer the definitive solution to the problem.

The most effective treatment involves the sectioning of the muscular layer at the base of the ™ esophagus (Heller's myotomy) or the mechanical expansion of the same through the introduction of an inflatable balloon (dilation of the lower esophageal sphincter).

Sometimes achalasia can be treated non-surgically by an endoscopic esophageal dilatation procedure. A small specially designed balloon is inserted through the mouth via an endoscope, brought down to the lower esophageal sphincter and inflated therein (it reaches a diameter of about 3-4 cm). The technique is used to stretch and dilate the muscle fibers of the stinter, widening the opening to allow food to enter the stomach and improve swallowing. Some patients may undergo repeated dilation treatments in order to achieve symptom improvement; furthermore the treatment can be repeated after one or more years to guarantee long-term results. The stretching of the lower esophageal sphincter offers the possibility of relieving symptoms for a period of several years. The main risk associated with the procedure, however, is the potential perforation of the esophagus.

The traditional surgical approach to treat achalasia consists of Heller's myotomy. During the operation, the muscle fibers of the valve between the esophagus and the stomach are sectioned, allowing a permanent improvement in swallowing. The surgery correlates to a very positive outcome, but some complications may arise, such as gastroesophageal reflux disease (GERD). The operation, currently, is often performed using some minimally invasive laparoscopic surgical techniques (esophagotomy or laparoscopic Heller myotomy), which make use of small incisions. Traditionally, in fact, Heller's myotomy was completed through an open incision in the abdomen or in the left side of the chest, between the ribs. Heller's laparoscopic myotomy usually requires a short hospital stay and recovery is generally accelerated compared to conventional surgery. Up to two-thirds of patients with esophageal achalasia are successfully treated by surgery, although some individuals may need to undergo further surgery or require balloon dilation to achieve satisfactory long-term results.

A recent alternative to surgery consists in the endoscopic injection of very small amounts of botulinum toxin (Botox ®), which temporarily resolve the disorder by relaxing the muscle fibers of the lower esophageal sphincter. The injection of botulinum toxin is painless and effective for a few months and occasionally for a few years. Injections must be repeated frequently to get relief from symptoms, but this option allows you to get good results without the risk of esophageal perforation. This procedure may be the most suitable for patients who cannot undergo surgery.

To reduce symptoms, both before and after treatment, patients with esophageal achalasia may:

After surgery or dilation, the doctor may prescribe some drugs that inhibit gastric acid secretion (proton pump inhibitors). Finally, foods that can aggravate gastroesophageal reflux, including citrus fruits, chocolate, alcohol and caffeine should be avoided. 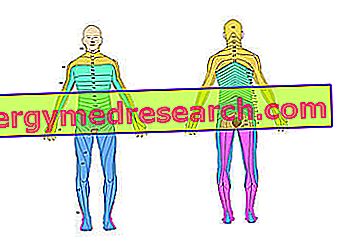