NEOBOROCILLINA TOSSE ® is used in clinical settings both as a cough suppressant and as an oral cavity antiseptic.

In particular, dextromethorphan, is a synthetic opioid derivative characterized by modest analgesic activity and intense sedative activity, mainly directed towards neurons belonging to the cough center, a nucleus present at the level of the central nervous system and involved in the genesis of cough.

The sedating action, most likely linked to the local increase in drug-induced Serotonin, translates into effective control of the tussive reflex, thus improving symptoms.

Diclorofenilcarbinolo is instead an active ingredient characterized by a broad-spectrum antiseptic action, mainly effective against the pathogenic germs of the oral cavity, thus being able to reclaim the oropharyngeal region and reduce the risk of infectious complications in the upper respiratory tract.

The dextromethorphan, once absorbed from the gastrointestinal tract, and intensely metabolized to the hepatic level, is eliminated in the form of hydrophilic conjugates mainly with urine.

An extremely interesting study that demonstrates how the association with dextrometrophane antibiotic therapy can significantly improve the clinical response, reducing the inflammatory pattern and controlling bacterial proliferation more effectively.

An interesting study that demonstrates how a natural substance like honey can have greater therapeutic efficacy than dextromethorphan in reducing nocturnal cough episodes, greatly improving sleep quality.

Work that tries in vain to exploit the chemical nature of Dextromethorphan, in order to reduce post-operative pain and reduce the use of morphine.

Unfortunately the results are not at all encouraging.

Tablets based on dextromethorphan and dichlorophenylcarbinol

In principle, the recommended dosage for adults is one tablet every 2-3 hours for a maximum of eight tablets per day, to be slowly bled into the mouth.

Therapy should not exceed 5-7 days without medical supervision.

Although NEOBOROCILLINA TOSSE ® appears to be a drug on free sale, its use should be preceded by an appropriate medical consultation aimed at clarifying the origin of the complained symptomatology and the possible need for further therapeutic remedies.

In fact, it is advisable to remember that NEOBOROCILLIN TOSSE ® is a symptomatic drug, useful therefore to control the symptoms, and in particular the cough, without remedying the basic pathology.

The use of NEOBOROCILLIN TOSSE ® should be done with particular caution in patients suffering from liver and kidney diseases, given the metabolism and the elimination of dextromethorphan.

Liver disorders, renal diseases, respiratory diseases of serious clinical relevance and antidepressant based pharmacological therapies represent the aforementioned frameworks, to which to exercise the utmost caution.

It is advisable to keep the medicine out of the reach of children.

Dextromethorphan could cause drowsiness, making the driving of vehicles or the use of machinery dangerous.

It would be advisable to extend the aforementioned contraindications to the use of NEOBOROCILLINA TOSSE ® also to pregnancy and the subsequent period of breastfeeding, given the absence of studies able to test the safety profile of its active ingredients on the health of fetus and infant.

These limitations should be extended up to 2 weeks after discontinuation of antidepressant therapy.

The use of NEOBOROCILLINA TOSSE ® is contraindicated in patients who are hypersensitive to the active ingredient or to one of its excipients, in patients suffering from liver and kidney diseases, in patients with respiratory diseases of significant clinical importance and in patients undergoing drug therapy with antidepressants.

For the latter the contraindications extend up to 2 weeks from the suspension of the therapy itself.

The use of NEOBOROCILLIN TOSSE ® could lead to the appearance of nausea, vomiting, dizziness, drowsiness and gastrointestinal disorders.

Fortunately, the most clinically relevant adverse reactions, such as neurological or hypersensitivity to the active ingredient, are rarer.

NEOBOROCILLIN TOSSE ® is a drug not subject to mandatory medical prescription. 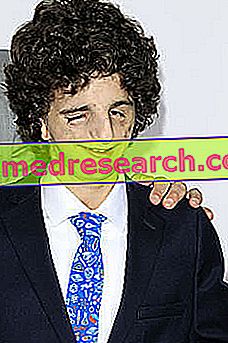 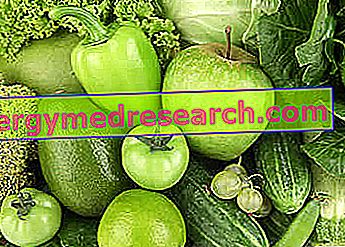 The diet of the Green