Monkfish - Monkfish: Nutritional Properties, Use in Diet and How to Cook by R.Borgacci

What is the monkfish or monkfish? Especially thanks to the reduced content of thorns and its white and delicate meats, this fish finds great consensus in most consumers and especially among the little ones.

Monkfish is a fishery product that does not belong to poor fish and even less to blue fish. Some catalog it in the group of white fish, which however mainly hosts creatures of the Sparidae biological family such as: sea bream, red snapper, bream, glimpse, murmurs, bream, porgy etc., but also mullet and sea bass. Monkfish, like scorpion fish, is a creature with totally different habits compared to sparidae, mullet and sea bass, because it spends most of its time standing still on the seabed - almost all year round in abyssal depths. Note : other creatures improperly defined white fish are the grouper, the sea hen, the turbot and the sole.

The monkfish belongs to the first fundamental food group - foods rich in high biological value proteins, vitamins - especially vit D and many B vitamins - and specific minerals - especially phosphorus and iodine. It is also an appreciable source of semi essential polyunsaturated fatty acids omega 3 eicosapentaenoic acid (EPA) and docosahexaenoic acid (DHA) and iodine. It is suitable for most diets, with few exceptions usually characterized by the presence of metabolic diseases.

The vast majority of consumers, by buying it already clean, totally ignores the true appearance of the monkfish. It is a creature particularly unpleasant to the eye, provided with an enormous mouth garnished with numerous sharp teeth and with an undersized body - an edible part. In fact, the monkfish or monkfish is a fish characterized by a very large portion not edible or waste; on the market it can be found above all in an already decapitated and eviscerated form, often also deprived of the skin and fins - the shape is reminiscent of the tiny toad's tail.

The monkfish belongs to the first fundamental group of foods - sources of proteins with high biological value, specific vitamins and minerals.

Monkfish is a lean and therefore low-calorie fish. Energy is supplied mainly by proteins, followed by lipids and irrelevant amounts of soluble glucides. Peptides have a high biological value, ie they contain all the amino acids in the right proportions and quantities. The profile of fatty acids is characterized by the excellent presence of EPA and DHA, essential polyunsaturated seeds of the omega 3 family.

The monkfish contains reasonable amounts of cholesterol; instead it is free of fiber, lactose and gluten. Phenylalanine and purine amino acid levels are more than relevant. If well preserved, this fish is almost histamine free.

Monkfish is rich in water-soluble B vitamins, especially thiamine (vit B1), niacin (vit PP), pyridoxine (vit B6) and cobalamin (vit B12). However, there are also the liposolubles, in particular calciferol (vit D) and retinol equivalent (vit A and / or provitamine A). As far as mineral salts are concerned, the anglerfish shows moderate levels of potassium, phosphorus, zinc and iodine. Monkfish or monkfish in the diet

Monkfish is a food suitable for most diets. Very protein-rich even if well digestible, any excessive portions are in any case inadequate for the diet of subjects with digestive complications such as dyspepsia, gastritis, gastroesophageal reflux disease, gastric ulcer or duodenal ulcer

The monkfish lends itself to nutritional slimming therapies, which must be low-calorie and normolipidic. Being very thin, it can be cooked using extra virgin olive oil also in the diet against obesity. The abundance of proteins with high biological value makes the monkfish ideal in the diet of malnourished, weakened or with an increased need for essential amino acids. This type of food is advisable in the case of very high intensity sports activity, especially in the disciplines of strength or with a very important muscular hypertrophied component, and for all particularly prolonged aerobic disciplines. It is suitable - again due to the abundance of essential amino acids - even in the case of breastfeeding, pathological and third age intestinal malabsorption - in which eating disorder and decreased intestinal absorption tend to create a protein deficit. It should also be remembered that eicosapentaenoic acid and docosahexaenoic, essential but biologically active omega 3, are very important for:

Due to the absence of gluten and lactose, the monkfish is relevant in the diet for celiac disease and for intolerance to milk sugar. The abundance of purines makes it undesirable, in considerable portions, in the nutritional regimen for hyperuricemia, above all of a serious nature - with gouty attacks - and in that of calculosis or renal urinary lithiasis. As for histamine intolerance, if perfectly preserved, it has no contraindication. The massive presence of phenylalanine precludes a massive use in the diet against phenylketonuria.

The B vitamins have a mainly coenzymatic function; this is why monkfish can be considered a good source of nutrients that support the cellular functions of all tissues. D, on the other hand, is crucial for bone metabolism and the immune system. Note : we remind you that dietary sources of vitamin D are very rare.

Phosphorus, which is hardly lacking in diet, is one of the main constituents of bone (hydroxyapatite) and nervous tissue (phospholipids). Iodine is necessary for the proper functioning of the thyroid gland - responsible for the regulation of cellular metabolism after the secretion of hormones T3 and T4.

Cooked - to avoid the risk of contamination by parasites, bacteria and viruses - monkfish meat is allowed in the diet during pregnancy; it is always recommended to choose safe sources and medium-sized creatures avoiding, as a rule, large specimens - richer in mercury and methylmercury. In this case, it would still be a good idea to limit its consumption to one-off. Wanting to eat it raw, although it is not one of the fish that lend itself most to this preparation, the monkfish must necessarily be reduced in temperature - in order to eliminate the possible presence of Anisakis simplex .

How to cook monkfish or monkfish?

Monkfish or monkfish is a well-known fish used for human nutrition; having few thorns, it is one of the most frequent choices in the diet of childhood. The most commercialized form is clean and frozen.

The monkfish is proposed without head and sometimes without skin, even if this involves the elimination of a portion that exceeds 50% of the whole animal. On the other hand, in addition to having excellent offal such as liver and tripe, the monkfish or monkfish also has a large head that lends itself very much to the packaging of comics, broths and soups.

As a rule, the monkfish is served boiled, steamed, grilled, baked or cooked in a pan, with numerous variations and different ingredients - for example cherry tomatoes, saffron, potatoes, etc. - or stuffed pasta.

Description of the monkfish or monkfish

The monkfish or monkfish can reach medium to large size; they are frequent specimens that exceed a meter in length and 20 kg in weight, while the average commercial size is about 20-40 cm

It has a flat, broad head and, on the transverse plane, an oval shape; from the same point of view, the body has a triangular section, but looking at it on a three-dimensional plane it seems conical. The mouth is the widest point of the whole body and the jaw is remarkably prognosed (protruding); the teeth, robust, sharp and rearward, are arranged in a single row on the jaws and in two rows on the jaw. The eyes are located in the center of the apex of the head and the whole skull is studded with numerous thorns.

The dorsal livery of the monkfish or monkfish is brown, characterized by a remarkable ability of mimicry; the torso is white instead.

Biology of monkfish or monkfish

The monkfish or monkfish is a sea bony fish belonging to the family Lophiidae, Genus Lophius and Species piscatorius - binomial nomenclature Lophius piscatorius .

The monkfish is a fish that colonizes the Mediterranean Sea basin, the Atlantic Ocean, the Black Sea and the cold seas of the North, where it lives on sandy and rocky bottoms without disdaining the muddy ones; the bathymetrics vary considerably but it is proven that it can reach abyssal depths.

The monkfish or monkfish is solitary; it feeds mainly on fish and molluscs which it threatens with a "look" technique. Using the illicio as a "fake bait", the monkfish or monkfish lets its prey get close and, only at a proper distance, with a lightning shot devours them. To optimize its hunting technique, the monkfish uses the pectoral fins to obtain a loop in the sand or mud, in which it sinks almost totally. Hiding almost entirely and exploiting the mimicry of the dorsal livery, the fish becomes almost totally invisible.

The monkfish has an extremely late reproductive cycle; the male specimens mature sexually at about six years while the female even reaches fourteen. The reproduction takes place in the winter and spring seasons, during which it is possible to sight it at lower depths (15-20m). At the hatching of the eggs, the larvae - tiny and very different from the adult individual - assume a pelagic behavior. The appearance, reproduction and behavior give the monk an ancestral peculiarity.

The monkfish is caught both with small coastal fishing - post nets, bottom longlines, etc., especially in spring - and with large trawlers. Obviously, it can also be undermined by amateur fishermen with rods - for example bottom bottom fishing - or occasionally by freediving fishermen - always in the spring period, when it tends to ascend towards accessible depths.

The massive collection of the monkfish due to the great commercial value, seen and considered the late sexual maturation of the species, could lead to a fast decrease of the specimens. 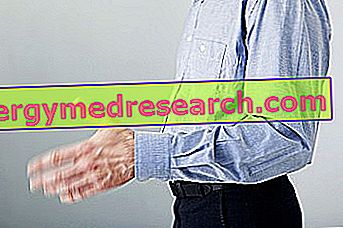 Tremor in the Hands of I.Randi 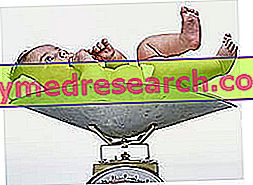