The delayed ejaculation is a common disorder of the orgasmic phase, although less frequent than the premature ejaculation: the delay of the ejaculatory act, therefore of the emission of sperm from the penis, results in a recurrent orgasmic referral which, often, degenerates into a real anorgasmia (inability to reach the peak of pleasure).

There is no single form of delayed ejaculation: the problem must be distinguished according to the moment of appearance of the disorder (during the life of the subject) and according to its characteristics; also the situation that has been created, and the degree of intensity of the same, represent two parameters useful for cataloging the different forms of ejaculatory delay.

The delayed ejaculation is distinguished in primary and secondary, based on the moment of life in which it manifests itself. There is talk of " primary ", when delayed ejaculation appears from the earliest sexual relations, and " secondary " if the ejaculatory delay begins after an appreciable period of normal sexual activity.

A further classification of the disorder must be carried out according to its characteristics: in this regard, it distinguishes delayed ejaculation on an organic basis - the less frequent form, caused by the assumption of some drugs, neurological diseases or diabetes - from delayed psychological ejaculation, whose origin is rooted in the male psyche.

The mild or moderate form of delayed ejaculation is divided into two further degrees:

Both degrees of intensity are strongly conditioned both by psychological factors - above all linked to work stress - and by organic causes.

As described above, delayed organic ejaculation is the least common form; however, the organic causes that cause it are multiple and heterogeneous.

Diabetes and hypothyroidism are among the endocrine-mediated causes of an organic nature. Parkinson's disease, neuropathies and multiple sclerosis are among the neurological causes - organic, while operations at the pelvic, abdominal and perianal levels are the main factors of organic-surgical causes . Finally, the pharmacological specialties: among the most dangerous drugs from this point of view we remember neuroleptics, narcotics, cannabinoids and, above all, serotonergic and tricyclic antidepressants. Even alcohol, when taken in excessive quantities, could generate ejaculatory disorders.

Many studies have shown that the human psyche has such a force that it also influences the body and its functions: even the excitatory impulses and the ejaculatory act are strongly influenced by the mind. Strictly speaking, it is clear that even delayed ejaculation can result in mental disorders, which are often unmotivated. It is not infrequent, in fact, that the ejaculatory delay is directly linked to mental conditions inherent, in particular, to the possibility / ability to remove the inhibitory brakes during intercourse with the female partner.

Even performance anxiety can negatively affect the sexual act: commonly, this particular "anxiety" before a relationship is considered the main cause of premature ejaculation; however, few are aware that this particular preliminary anxious state may also be responsible for the opposite problem: the ejaculatory delay.

Digging deeper into the depths of the male psyche, the mental reasons responsible for delayed ejaculation reflect the fragility of the male: for some, ejaculation corresponds to an anxious moment not so much for the act itself, rather for the impossible to control the body. In other words, orgasm is synonymous with loss of control and, paradoxically, some men feel powerless in the face of all this, precisely because they are no longer able to manage their feelings. For still others, the ejaculatory delay reflects an unconscious egoistic act, almost as if the emission of sperm represented the loss of a part of themselves.

In the latter two conditions, ejaculation is unknowingly postponed in order to maintain strict control of one's actions and avoid "losing" or "donating" a part of oneself. 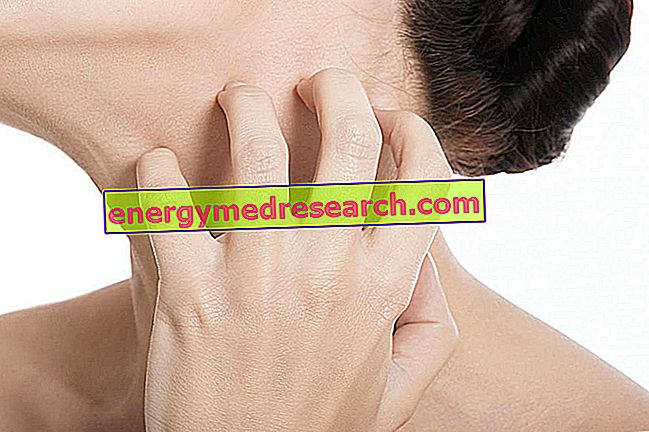 What is Norwegian scab?