The female adult specimen of the eel is called capitone.

It is a migratory fish - with an extremely complex life cycle - that lives in the sweet (or brackish) inland waters and reproduces in the salty ones of the central-southern Atlantic ocean; in Italy, the eel is consumed mainly during the Christmas period but, in certain specific locations (eg the Emilia Romagna coast of the Adriatic coast, Verona and Brescia along the Garda lake, etc.), it is a product widely consumed in all seasons of the year and (on average) reaches a retail price of between € 28 and € 45 per kilogram.

The binomial nomenclature of the eel is Anguilla anguilla, otherwise called European eel (although it is also present in northern Africa), which is distinguished from the American eel ( A. rostrata ) by the species it belongs to; curious to note that, although there are large differences in the genetic trait, all the three eels migrate and reproduce in the same place: the Sargasso Sea .

The eel is a predatory but almost omnivorous fish (it is not uncommon for specimens to be caught with a belly full of corn used for carp fishing), and feeds mainly on: molluscs, crustaceans, fish, worms, annelids and rotting meat .

The eel should reach, with respect to the male eel (although there are still strong doubts about the sexual dysmorphism of this fish), three times the size. The size of the most common eel for food is about 1kg for 75-100cm; it also commonly reaches 2kg but in exceptional cases can exceed 3kg, touching 5-6kg in weight.

The eel has a cylindrical and elongated shape, similar to a snake; its skin is smooth and rich in mucus, with tiny elliptical cycloid scales (2.0-2.5 x 0.6-0.7mm) arranged in irregular groups all over the body. The head of the eel is slightly flattened, provided with: small eyes (which develop with maturation and migration) mainly used in the capture of light, modest gill slits, two nostrils placed at the apex and a powerful and prognathic jaw that is projected beyond the jaws; the teeth are conical and all the same. The pectoral fins are not very developed, the anal fin is long and joins the caudal fin ( diflocerca ), which extends further above the back with the dorsal one. In the capitoni that ripen in inland waters or in the valley, the skin is brown or green on the back and yellow on the belly, while in the capitoni in migration towards the Sargasso it is black on the back and white on the belly. The eel is an incredibly powerful fish.

The European eel that is making the journey to the breeding grounds is not sufficiently fed, therefore it loses weight considerably, suffering a certain atrophy of the digestive system. The migratory instinct of these animals is so strong as to guide them (starting from rivers and lakes, in which they stay from 8-9 up to 15-18 years) first in the Mediterranean sea and, from there, up to the central-southern Atlantic, covering up to 40km a day for a total of about 4000-7000km. Amphibian-like features are also attributed to the eel because, finding dams of an architectural type in its path (dams and sluices) it is able to crawl out of the waterways in an attempt to climb over them.

Once at the place of laying (at a depth of about 1, 000m), the capitoni should release about 1, 000, 000-6, 000, 000 of eggs that will hatch only at a temperature of 20 ° C. After the fregola, the capitoni die and the young ( leptocephali ) will let themselves be carried away by the current until they conclude the larval state. Developed sufficiently, the small eels not yet fully developed (called Czech ) will make the journey of the eel backward, reaching the place of maturation in which they will grow up becoming first ragani (small fully developed eels), then eels and / or eels.

The eel belongs to a species at risk of extinction due to human influence, both in terms of intensive fishing (since fish farming totally depends on the collection of czech and raganos during the ascent), and for what concerns the architectural barriers that prevent migration. The eel can be infested with some intestinal parasites: Ascaris labiata, Deropristis inflatum, Dibothrium claviceps, and various species of Echinorhynchus and Lecithochirium gravidum ; at the muscular level, it can be damaged by Trichina anguillae . With regard to the gills, the invasiveness of the Ergasilus gibbus stands out and the skin is affected by some crustaceans of the genus Argulus (responsible for great deaths in horticulture).

The natural predators of the eel are: some birds, some fish and (where present) the otter. NB . For the occasional predators of the eel, this is an uncomplicated victim since, besides being very slimy and possessing rather powerful jaws with which it violently bites, it boasts a certain toxicity of the blood which acts negatively on the mucous membranes of the mouth.

For information regarding the method of preparation and cooking of the eel, see the article "Eel in the Kitchen - How to Cook Eel", while the nutritional properties are available in this link. 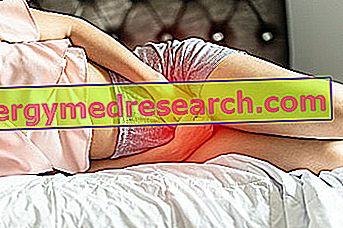 Bartolinite: What is it? Causes, Symptoms, Remedies and Care of G.Bertelli