The exudate is a liquid of variable consistency that is formed during acute inflammatory processes of various kinds, accumulating in tissue interstices or in serous cavities (pleura, peritoneum, pericardium).

The exudate derives from the blood plasma which, following the inflammatory-dependent increase in capillary permeability, tends to escape and accumulate in the tissues. In this pouring - typical of the acute phase - a liquid component and a solid component are recognized. This latter fraction of exudate contains plasma proteins, blood cells (in particular white blood cells, platelets and - in cases of vascular injury - red blood cells) and substances deriving from the destruction or metabolic activity of inflamed tissue.

Why did you form?

Purpose of the exudate is to circumscribe the morbid process, preventing the spread of pathogens (thanks to the fibrin network), dilute any toxic substances, neutralize the hyperacidity of the inflamed tissue and promote the activity of leukocytes and the formation of fibrin. The exudate also facilitates the transport of the antigens to the local lymph nodes, through lymphatic drainage, for the specific immune response.

According to the composition, the exudate can be:

The exudate must not be confused with the transudate, which is not formed as a result of inflammatory processes and as such is free of proteins and cells.

The transudate derives from the increase in venous pressure (therefore capillary), in the absence of increased vascular permeability (eg postural edema). 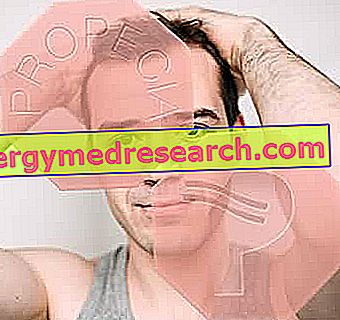