Doxazosin is a type 1 alpha blocker, a competitive and selective adrenergic receptor antagonist used to treat the symptoms of benign prostatic hyperplasia.

In 2000, some studies showed that doxazosin was not very effective in treating high blood pressure, like other alpha blockers in the same family, and that a simple diuretic could have the same effect in lowering blood pressure. For this reason there has been a decline in interest in this application, although more recent studies have attributed a renewed importance to this drug in the treatment of symptoms of benign prostatic hyperplasia and erectile dysfunction.

The mode of action of doxazosin consists in binding to alpha 1A postsynaptic adrenergic receptors (which innervate almost all smooth muscle), in a selective and competitive way; it follows a relaxation of the smooth muscles, both that of the prostate and that of the urethra.

Doxazosin also improves the symptoms of irritation of the lower urinary tract caused by the contraction of smooth muscles.

The relaxation of the smooth muscles of the prostate and urethra translates into an increase in the maximum speed of the urinary flow and a significant reduction in obstruction.

However, doxazosin's smooth muscle relaxation also involves a fairly frequent undesirable effect, which is the lowering of blood pressure, due to the excessive relaxation of blood vessels with the elimination of peripheral resistance. This side effect can be a problem in patients who are already suffering from hypotension, in which the hypotensive effect of doxazosin can cause dizziness and fainting. If a fainting of the patient occurs after the administration of the drug, it is recommended to lay him down, so as to favor blood circulation, and if necessary to ask for medical assistance. The administration of doxazosin causes a clinically significant reduction in blood pressure in all individuals, which continues for the next 24 hours at the time of intake; the manifestation of symptoms related to lowering blood pressure depends on the individual response of the patient and his / her habitual arterial pressure; orthostatic side effects can occur at the start of treatment in many individuals.

In Italy, doxazosin is marketed under the registered name of Cardura or as a generic drug under different names, such as Benur and Doxazosin. In other countries it can be found under other names, such as Dosin or Duracin, which depend on the pharmaceutical company that produces the drug.

Unlike other non-selective alpha-adrenergic receptor alpha inhibitors, which can cause tolerance in long-term treatment, doxazosin does not cause any tolerance in long-term treatments; the use of doxazosin only rarely can cause slight tachycardia. Other clinical studies have shown that long-term treatment with doxazosin may cause a slight reduction in plasma concentrations of total cholesterol and the LDL fraction, but the clinical relevance of these results remains to be verified. In the same clinical study it was shown that treatment with doxazosin may increase patients' sensitivity to insulin, thus causing alterations in carbohydrate metabolism.

Doxazosin has a fairly long half-life, which varies from 16 to 30 hours, and this range of action makes the drug suitable for a single daily administration. Maximum doxazosin plasma concentration is reached 2 hours after administration. The bioavailability of the drug in the bloodstream is about 63%.

Posology and method of use

The recommended dose of doxazosin in the treatment of arterial hypertension is 1 mg / day, as an initial dose, to be taken in a single dose. The maintenance dose, on the other hand, varies from 1 to 16 mg / day, depending on the patient's need and the severity of the disease.

In patients with hepatic impairment a doxazosin dose adjustment is necessary; if the hepatic insufficiency is rather severe, prolonged-release tablets are not recommended.

Dose adjustment should be made based on the individual response to doxazosin; consequently the values ​​of the patient's arterial pressure must be measured in a vertical position, based on three different measurements: the first after 2 hours from the administration of doxazosin, the second 6 hours after the administration of the drug, and the third after 24 hours. Usually postural side effects such as vertigo and syncope (fainting) occur between two and six hours after the first dose of doxazosin is given.

Doxazosin: contraindications and side effects » 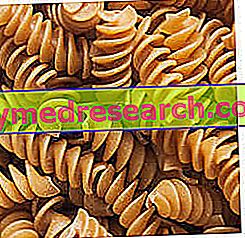 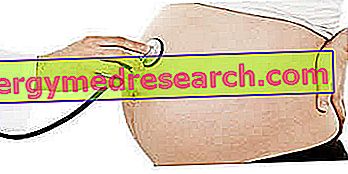 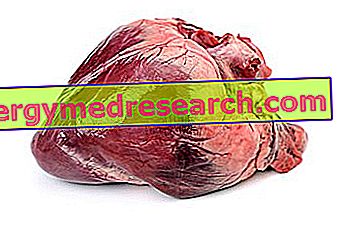 Heart of Pig by R.Borgacci