Agranulocytosis is an acute pathological condition that causes a severe reduction in white blood cells circulating in the blood. The result of this alteration determines, in particular, a deficiency of polymorphonuclear leukocytes (or granulocytes), a particular type of white blood cells that intervene in the defense of the organism.

In the presence of agranulocytosis, the concentration of granulocytes (neutrophils, basophils and eosinophils) falls to levels below 100 cells / mm³ of blood. Agranulocytosis can expose patients to a high probability of acquiring infections, as granulocytopenia results in suppression of the immune system. This risk is closely related to the causes, degree and duration of the disease.

At the basis of agranulocytosis there may be an alteration of marrow myelopoiesis (the bone marrow fails to produce a sufficient number of granulocytes) or an increased destruction of these blood cells.

Acquired agranulocytosis occurs more often as a result of drug therapy, while the congenital form is present from birth.

The pathogenetic mechanisms of agranulocytosis can be determined by:

Acquired agranulocytosis can be caused by a variety of factors, including:

Sometimes, agranulocytosis is present from birth. This condition can in fact be caused by some rather rare genetic alterations, which can be inherited from parents making it common within the same family.

The following factors increase the likelihood of developing agranulocytosis:

Agranulocytosis may be asymptomatic, or may present clinically with sudden fever, chills and sore throat. Infection of any organ (pneumonia, infections of the urinary tract or skin) can be rapidly progressive and also develop into a septicemia. Agranulocytosis is also associated with gum disease.

The following symptoms may occur when suffering from agranulocytosis:

Investigations that can help doctors diagnose agranulocytosis may include:

To formally diagnose agranulocytosis, other pathologies with a similar presentation must be excluded, such as myelodysplasia, leukemia and aplastic anemia. The differential diagnosis requires cytological and histological examination of the bone marrow, which shows an alteration of the promyelocytes, while other types of cells are present in normal values.

In some cases, more in-depth examinations may be required:

The treatment of agranulocytosis depends on the cause and the severity of the condition. In patients who do not have symptoms of infection, management consists of close monitoring with serial blood counts and elimination of the factor responsible for the primary disorder (for example, replacing a particular drug).

Diet and nutrition after cholecystectomy 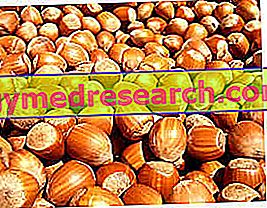