Wrist pain is a widespread problem, which can affect the bones, ligaments or tendons located in this area. Its onset can have numerous origins: at the root of the disorder, in fact, there may be bone fractures, nerve compressions, arthritis of various kinds, inflammations or tendon ruptures, etc. To establish the most appropriate therapy, a diagnostic search of the triggering causes is needed, based on a thorough physical examination and other more specific controls, such as X-ray examination, MRI, arthroscopy etc.

What is wrist pain?

Wrist pain is a very common disorder that arises after damage to its main structures.

WHAT IS THE WRIST?

The pulse is a narrow joint complex (and therefore a joint) located between the forearm and the hand . It is composed of 8 thin bones, arranged in two rows of 4, which are called carpus . The carpus is interposed between the radium, which is the forearm bone, and the metacarpus, which is the bone complex that makes up the fingers of the hand. The union and movement of the various bony structures mentioned above are guaranteed by a different number of ligaments, among which the best known are the transverse carpal ligament and the dorsal carpal ligament .

Furthermore, several tendons are inserted at the level of the wrist bones; tendons are connective structures, similar to ligaments, which join muscles to bones.

Wrist pain can be caused by acute trauma (sudden and violent), such as severe distortion or fracture, or a chronic problem, such as arthritis or carpal tunnel syndrome.

The most common traumas to the wrist are on one side bone fractures or impact distortions against the ground, and on the other side inflammations or stress bone fractures.

There are two arthritis that can cause wrist pain:

The pain in the wrist can also be caused by other disorders, such as:

Any individual may be prone to wrist pain, whether they lead a sedentary lifestyle or lead a very active life. Nevertheless, the people most at risk are those who perform repetitive and very intense manual jobs, those who practice stressful sports for the wrist - such as golf, tennis, snowboard or gymnastics - and, finally, those who suffer from diseases. chronic conditions such as diabetes, leukemia, scleroderma or systemic lupus erythematosus.

Wrist pain can manifest itself with extremely variable characteristics. Everything depends on the causes. For example: carpal tunnel syndrome, in addition to an annoying painful sensation, also causes tingling and numbness; Osteoarthritis, according to the patients, gives rise to a dull pain, similar to toothache; tendon inflammation generates excruciating and very acute pain, and severely limits joint mobility; fractures and sprains, as well as a sense of pain, are characterized by swelling and difficulty in movement.

WHEN TO REFER TO THE DOCTOR? THE COMPLICATIONS

The pain in the wrist must recall the attention of those who suffer from it, especially if it causes intense pain for several days, persistent swelling, limited joint mobility, tingling, numbness or if it responds poorly to basic treatments such as ice and rest.

The neglect of the aforementioned symptoms can markedly slow down the healing process and leave permanent and very unpleasant consequences (such as anatomical defects or reduced joint capacity).

To identify the precise causes of a pain in the wrist, the doctor must subject the patient to an accurate physical examination and, if he deems it appropriate, to more specific checks, such as diagnostic imaging, arthroscopy, electroneurography and the electromyography.

Only with an accurate diagnosis is it possible to program the most appropriate therapeutic treatment.

During the physical examination, the doctor indicates to the patient the pain points, observes the appearance of the wrist (if it shows redness, swelling or particular signs), tests joint mobility to identify any anomalies and, finally, wise the strength of the 'limb.

According to the results of these observations, he decides how and whether to continue the investigations with further diagnostic tests.

The most practiced diagnostic imaging exams are:

If diagnostic imaging is unclear or poor in information, it is possible for the doctor to opt for arthroscopy for diagnostic purposes . Arthroscopy is a minimally invasive surgical procedure, which involves the insertion into the wrist of a particular instrument, equipped with a camera and called an arthroscope . The arthroscope camera is connected to a monitor, on which it projects, in real time and for the operating surgeon, everything that "sees".

Electronurography is a diagnostic test that detects how fast the transmission of nerve signals is. Electromyography, on the other hand, makes it possible to measure the response of muscles to nervous stresses.

Both procedures require the use of electrodes and are practiced in suspected cases of carpal tunnel syndrome.

The therapy envisaged for wrist pain is very varied and depends fundamentally on:

Depending on the circumstances, rests, ice packs, anti-inflammatory and painkillers, plaster casts, braces or surgical procedures are provided.

Whatever the cause of wrist pain, rest is always a valid and recommended remedy. His failure to observe may, even in the less serious cases, lead to unpleasant consequences. Often, in fact, to avoid a stress fracture or tendon injury it is sufficient to rest the joint at the first painful signals.

Ice packs are an excellent remedy in most circumstances. In fact, the so-called cryotherapy (from the Greek "cure of the cold") has very powerful analgesic effects (ie against pain), as it slows down the transmission of painful impulses; moreover, it has anti-edema effects (ie against edema or swelling), as it prevents the extravasation of blood in the surrounding tissues.

In less severe cases, ice combined with rest is the best remedy, because it is cheap, highly effective and practically free of side effects (if used correctly).

The most used anti - inflammatory and pain- killing drugs, in the case of wrist pain, are ibuprofen and paracetamol .

In the case of very intense pain, corticosteroids could also be an excellent solution. However, these powerful anti-inflammatories should only be taken on the doctor's prescription, as they have several side effects.

NB the term anti-inflammatory means "against inflammation". Inflammation is a very particular and complicated process, which mainly causes pain and swelling.

In the case of bone fractures (both impact and stress), the most practiced therapeutic treatments are plaster casts or splints, as they allow the bones to solidify and heal properly.

In the case of ligament sprains or tendon inflammation, on the other hand, the most applied remedies are braces, as they limit the most dangerous and painful movements for the wrist.

Surgery is usually provided when the causes and extent of pain in the wrist are serious and relevant. There are surgical procedures for:

Preventing or predicting certain dangerous situations for the wrist is sometimes impossible. However, it is a good rule:

The prognosis of wrist pain depends on the severity of the triggering causes and the timeliness with which the patient turns to the doctor and starts the right therapies (including rest). 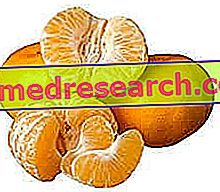 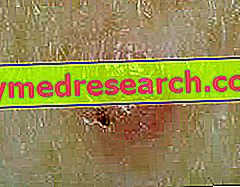