TRANEX ® is a drug based on tranexamic acid.

TRANEX ® is indicated for the prevention and treatment of bleeding. More precisely, tranexamic acid can be useful:

Tranexamic acid, taken orally with TRANEX ® is optimally absorbed in the intestine, reaching maximum plasma concentrations approximately 2 hours after its intake. This active ingredient has a bioavailability of between 30 and 50% of the total dose taken.

The biological effects tend to occur rapidly, already after 30 minutes, to maximize the second hour and persist for at least 5 hours, the half-life time of the active ingredient.

The antihemorrhagic action of tranexamic acid is due to its anti-fibrinolytic action. capable of blocking plasminogen activators such as urokinase, and the tissue plasminogen activator, preventing the formation of plasmin. This last enzyme is of fundamental importance in the control of the coagulation process, as it is able to hydrolyse the fibrin of the thrombi, determining the dissolution of the cork.

By controlling the production of plasmin, tranexamic acid can stabilize the formation of thrombi, preventing any bleeding.

The aforementioned active ingredient does not undergo any kind of metabolism, so much so that it finds itself - for 90% of the total absorbed dose - unchanged in the urine.

Menorrhagia is a pathological condition characterized by an abundant menstrual flow, which is generally poorly experienced by women and significantly reduces their quality of life. The intake of 3 gr / day of tranexamic acid during the menstrual phase of the cycle guaranteed a 40% reduction in the menstrual flow and above all it definitely improved the social relationships, the working skills and the quality of life in general of the women subjected to therapy.

Gingival bleeding is small bleeding, very frequent in patients suffering from haemophilia, which significantly reduce the quality of life of these patients, making even minimally invasive dental activities particularly annoying. The research has provided these patients with mouthwashes based on tranexamic acid, which have ensured a significant reduction in gingival bleeding with minimally invasive treatment.

3. THE EFFECTIVENESS OF TRANEXAMIC ACID IN THE ANCA'S INTERVENTION

The antihemorrhagic efficacy of tranexamic acid was evaluated in 40 patients who underwent hip arthroplasty surgery. The intravenous administration of the drug 10 minutes earlier, allowed to reduce the loss of blood, safeguarding the hemoglobin content and consequently avoiding transfusions, without any increase in thromboembolic events.

TRANEX ® capsules of 250 mg / 500 mg of tranexamic acid or vials for injections of 500 mg: in the prevention of bleeding events the recommended tranexamic acid dose is between 500 and 1000 mg a day, if taken orally, while if taken parenterally if recommended 500 mg / day.

During bleeding, doses can rise up to 3 grams daily.

This type of dosage is valid for adults and must in any case be preceded and accompanied by the opinion of your doctor.

The dosage varies significantly in children, and the dosage formulation is strictly specialized, with significant variations depending on the individual case.

IN ANY CASE, BEFORE TAKING TRANEX ® Tranexamic acid - THE REQUIREMENT AND CHECK OF YOUR DOCTOR IS NECESSARY.

Administration of TRANEX ® should be done with particular caution in patients with reduced kidney function or suffering from heart disease or liver disease.

Tranexamic acid doses should be reduced in case of hematuria not accompanied by other haemorrhagic manifestations, in order to avoid ureteral obstruction and urinary stasis.

Anti-haemorrhagic prophylaxis in the case of surgery should begin at least 24 hours before surgery and continue for another 3-4 days after surgery.

TRANEX ® does not seem to interfere with the ability to drive or use vehicles.

TRANEX ® should not be used during pregnancy, given the haemodynamic effects induced by tranexamic acid.

Tranexamic acid is partly secreted in breast milk, therefore its use during lactation is not recommended; in case of real need it is better to stop breastfeeding.

Although no potentially dangerous interactions have been observed for the patient's health, it should be remembered that the concomitant use of other anti-haemorrhagic drugs with an anti-fibrinolytic action could increase the risk of thrombosis.

TRANEX ® is contraindicated in patients suffering from embolic thrombus disease, arterial and venous thrombosis, severe renal failure, intracavitary hemorrhages and in case of hypersensitivity to one of its components.

TRANEX ® appears to be well tolerated and has no clinically relevant side effects that are dangerous for the patient's health.

Renal occlusion has rarely been described.

All the aforementioned symptoms promptly subside once therapy is discontinued.

Cases of skin rash and urticaria have rarely been documented in hypersensitive patients.

TRANEX ® is available only under medical prescription. 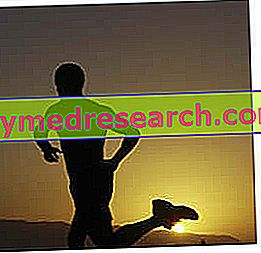