Creatine is an amino acid naturally present in the human body, where it is concentrated within the skeletal muscles; at this level we find in fact 95% of the approximately 120 grams overall contained in a medium-sized adult organism. Within the muscles, creatine has an important energy function, intervening in violent and short-lived physical efforts, such as lifting a heavy load from the ground, or a sudden sprint to chase the bus. A small amount is also present in the blood and urine.

As stated in the introductory chapter, it is easy to understand how blood creatine concentrations increase in the presence of muscle damage, resulting in trauma or myopathies (see muscular dystrophy).

An increase in creatine levels in urine is found in rheumatoid arthritis and in all those conditions that involve intense muscular catabolism (prolonged exercise, malnutrition, fever, hyperthyroidism).

However, the dosage of creatine in the blood and urine has a limited clinical use, because nowadays there are assays of other serum analytes (in particular creatine kinase and aldolase A) which allow to highlight dysfunctions of muscle metabolism in more specific, sensitive and accurate way. The measure of the concentration of the isoenzyme CK MB of creatine kinase is for example useful in the diagnosis of cardiac infarction.

The dosage of creatinine, a creatine metabolite that significantly increases its plasma concentration in the presence of renal damage, is still widely used. 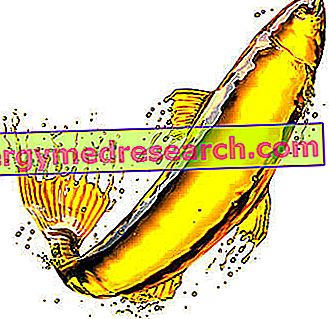 Lipids: functions and effects on health