The eyelid that trembles is a fairly frequent symptom that involves mild and infrequent spasms, similar to a vibration or a pulsation. Although it can be annoying, this event is rarely synonymous with a disturbing disorder; in most cases, the eyelid that trembles is caused by the involuntary contraction of one of the eye muscles .

Usually, the trembling is unilateral and can involve both the upper and lower palpebral fissure.

This "over-stimulation" may depend on various reasons. Generally, the eyelid that trembles is a sign of excessive fatigue, stress and lack of sleep, therefore it must not arouse alarm in those who suffer from it. If the event becomes particularly frequent, however, it is advisable to consult a doctor for the appropriate checks.

The eyelid that trembles is a myoclonia, that is, a series of involuntary and intermittent muscle contractions, caused by a state of neuronal hyper-excitation .

Eyelid myoclonus (or myochemistry ) has variable duration, from a few seconds to a few hours. This manifestation may involve both the upper and lower eyelids.

In most cases, this disorder is transient and has no pathological significance, but is associated with stress and fatigue conditions . The most common reasons also include lack of sleep and excessive consumption of caffeine, alcohol or nicotine . The eyelid that trembles may also be associated with " dry eye syndrome ", which may depend on a number of different factors, such as aging or certain therapies.

If the trembling of the eyelids involves both eyes, it is possible that the base has incorrect defects of vision . In fact, some visual disturbances can stimulate blinking and eyelid spasm.

Less often, this manifestation is associated with cerebral or nerve disorders (such as epilepsy, multiple sclerosis or Parkinson's disease), metabolic disorders and unwanted reactions to drugs.

As for medicines, the flickering of the eye can be a side effect of antihistamines, antidepressants and nasal decongestants.

Eyelid that Trembles: most common causes

The most common causes of trembling eyelids are:

Other disorders you can associate with

The eyelid that trembles can be caused by a hemifacial spasm (a non-dystonic condition that involves various muscles on one side of the face, caused by irritation of the facial nerve).

The flickering of the eye can also be the first sign of a blepharospasm .

In very rare cases, the eyelid that trembles can be a sign of:

The eyelid that trembles can also manifest itself in the case of:

The eyelid that trembles is perceived as a series of rapid, sudden and uncontrolled movements of one or more muscles of the eye, determining phases of contraction (positive myoclonus) and relaxation phases (negative myoclonus).

Usually, the eyelid myoclonus manifests itself as an isolated, harmless and short-lived phenomenon. Sometimes, however, episodes can occur for a few days, resulting in quite annoying.

The vibration is rapid and intermittent, similar to a jolt, and can alternatively affect the right eye or the left eye or both eyes.

In the most serious cases, it can happen that to the eyelid that trembles is also added an abundant tearing, with reddening of the conjunctiva and eye irritation.

Symptoms associated with the eyelid that trembles

The eyelid that trembles does not cause pain, but can be associated with other ocular symptoms, such as:

Other times, eyelid tremor is related to general manifestations, including:

Some of these manifestations can be expression of more serious pathologies, but rather rare if compared to the eyelid that trembles.

When is the symptom of a more serious problem

The eyelid that trembles is almost always a harmless and transient phenomenon, attributable to a condition of emotional, physical or visual stress, easily solved. However, the problem is worrying if it lasts well over a couple of weeks or occurs constantly in terms of frequency and duration.

Chronic spasms can represent, for example, a symptom of disorders of the nervous system that are more serious than a simple psycho-physical tension or a lack of rest.

Generally speaking, the eyelid that trembles needs medical attention if:

The evaluation of the eyelid shaking involves a careful medical history and a physical examination (ophthalmology and neurology), to determine the cause of the contraction of the muscles of the eye and to exclude associated eye diseases and / or any other underlying disorder. In general, in fact, it is always useful to identify the cause that triggered the eyelid myoclonia to intervene in the most correct way if it occurs again.

The eyelid that trembles must be considered above all as a passing and non-pathological phenomenon; rarely, these spasms are so severe as to require emergency treatment.

In any case, it is always advisable to contact your doctor for the most suitable indications for the specific situation. For example, in the presence of a brain tumor or spinal cord injury, it may be necessary to undergo surgery.

In the absence of pathologies, the eyelid that trembles does not need pharmacological treatment, as it tends to resolve spontaneously.

When the phenomenon is determined by a specific underlying disease, however, the specialist may prescribe certain medicines. Although there are no specific drugs for the treatment of the eyelid that trembles, other classes of drugs may be useful in order to quell uncontrolled tremors, such as anti-convulsants, muscle relaxants or antiepileptics.

Most ocular spasms are transient, although this manifestation can occur for weeks or even months.

The eyelid that trembles can be limited by some lifestyle changes :

If the eyelid that trembles depends, instead, on a defect of vision, it may be sufficient to use adequate corrective lenses (glasses or contact lenses) to eliminate the disorder. 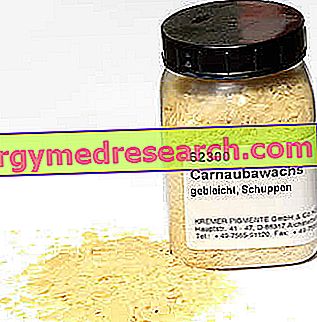 Why wait in April?