Vodka is a distilled alcoholic beverage, high in ethanol. It is a spirit that also contains water and, sometimes, small percentages of dyes and flavorings. The original vodka is made from the distillation of fermented potatoes or cereals, although some more modern varieties use different substrates, such as fruit or refined sugar.

Since 1890, thanks to the directives of the Russian chemist Dmitry Mendeleev, the standard vodka of Russian, Ukrainian, Estonian, Polish, Latvian, Lithuanian and Czech origin must contain a percentage of alcohol equal to 40% in volume (80 proof). On the other hand, the European Union (EU) has established a minimum of 37.5% vol. for any vodka (essential feature to be included in this category). The types of vodka sold in the United States of America, on the other hand, have a MINIMUM alcohol content of 40% vol.

Vodka is traditionally drunk smooth and often chilled (especially in Eastern European countries bordering the Baltic Sea). It is also commonly used in the formulation of various cocktails and various drinks, such as: vodka martini, vodka tonic, Screwdriver, Greyhound, Black or White Russian, Bloody Mary and Sex on the Beach.

"Traditional" vodka is a distillate with a minimum alcohol content of 37.5 or 40% vol. This precludes regular, systematic and frequent consumption; moreover, even if we assume a sporadic assumption, the average portion should NOT exceed 40-80ml a day.

Vodka is an "empty" drink, which means it has no nutrients useful for health.

The abundant intake of vodka is always contraindicated, not only for the frail of health, but also for SANE people; this recommendation applies especially in the case of: growth, pregnancy and breastfeeding.

There are many and various types of diseases that are negatively affected by vodka intake; among the metabolic ones we mention in particular: hypertension, hypertriglyceridemia and the full-blown metabolic syndrome. In parallel, it seriously damages the tissues of certain organs such as: kidneys, liver and pancreas, aggravating or predisposing to renal and / or hepatic insufficiency, to pancreatitis, neoplasms etc. It should also be remembered that ethyl alcohol is particularly irritating to mucous membranes, for example that of the esophagus, stomach and intestine, and significantly increases gastric acid secretion. This condition predisposes to the aggravation of idiopathic and non-inflammatory pathologies (such as Crohn's disease and ulcerative rectal colitis) and may even originate new ones (colitis with a food or mixed etiology and gastritis); various types of complications can be added to these, such as gastric or duodenal ulcer, gastro-oesophageal reflux and Barrett's esophagus (probably evolvable in esophageal cancer).

In sports, vodka should be avoided or, at most, consumed in the appropriate recommended ration. This is justifiable by the fact that ethyl alcohol promotes dehydration due to an increase in urine output, a negative aspect in that it worsens the hydro-saline balance already compromised by intense sweating. Finally, albeit with some variability, alcohol interferes with sleep cycles and does not allow sufficient rest for the central nervous system.

We conclude by specifying that alcohol also interferes in the absorption and metabolism of drugs and that, in case of abuse, it increases the risk of nutritional malabsorption. Finally, remember that it is also a molecule favoring toxic addiction.

The Vodka that Kills

Despite being illegal, the production of home-made vodka (called "bath tub") is particularly widespread in some Eastern European countries, as it is tax-free and easily sold at a lower price. However, the uncontrolled distillation of vodka leads to the intake of toxic elements that can cause: intoxication, blindness or death.

In 2007, following the occurrence of jaundice in several Russian subjects, it was discovered that in the domestic production of vodka an industrial disinfectant was used which provides up to 95% ethanol; obviously, in addition to the latter, the product contained many other compounds, including one highly toxic to the liver. The outcome was over 1, 000 cases of poisoning, of which 120 came to death; unfortunately, survivors are also destined to perish today, as cirrhosis caused by poisoning is potentially fatal in the long term.

In addition to this episode, the estimates document a volume of annual deaths due to vodka which (only in Russia) reaches hundreds of thousands of cases per year.

Without going into too much detail, let's remember that the production of vodka (before bottling) can be summarized in 3 or 4 basic steps:

Vodka can be produced from any starchy or sugary substrate. Today, it is obtained mainly from cereals such as sorghum, corn, rye and wheat (the latter two are considered the best). Some vodkas are produced from potatoes, molasses, soy, grapes, rice, sugar beets and, sometimes, even by-products of oil refining or wood processing ( 40 degrees east: an anatomy of vodka - Nova Publihers).

Although countries that respect a certain production disciplinary insist on greater protection of the beverage, other Central European nations (such as Poland) produce vodka by fermenting a solution of sucrose, water and yeasts, rather than whole grains . In the United States, many vodkas are produced using 95% pure ethanol (distributed by Archer Daniels Midland and Midwest Grain Processors); bottlers buy alcohol in large quantities, filter it, dilute it and market the product with names that are very reminiscent of the term "vodka".

The birth of vodka is still a rather controversial topic, since the testimonies and historical finds are quite scarce.

It is conceivable that vodka was born in Eastern Europe and that the first production was of Polish origin (in the 8th century) or Russian (referring to the current borders, at the end of the 9th century). According to the "Gin and Vodka Association" (GVA) the first vodka distillery dates back more than 300 years after its discovery, as documented by the "Cronaca Vjatka" of 1174. At the time, vodka was mainly used as a medicine and, being produced only by natural fermentation, it contained a maximum alcohol volume of 14%. Distillation and other purification methods were introduced only in the 1700s.

The name vodka is a diminutive of the Slavic word "voda" (water), to be interpreted as "little water".

The noun "vodka" was registered in AD 1405 in the publication "Akta Grodzkie"; the relevant documents are deposited in the Palatinate Court of Sandomierz, Poland. At the time, the word vodka ( wódka ) concerned other products such as medicines and cosmetic detergents, while the drink was called " gorzałka " (from ancient Polish " gorzeć ‡ ", meaning "to burn") or horilka (in Ukrainian: горілка ) . The word vodka (written in Cyrillic) first appeared in 1533, in relation to a medicinal drink imported from Poland to Russia thanks to the merchants of the Kiev Rus' .

The word vodka is also mentioned over and over again in the Russian medicinal lists, since alcohol was used for many years as the basis for certain synthetic remedies. It goes without saying that the term vodka "could" be a noun derived from the verb vodit ', or razvodit' (водить, разводитьŒ), which means "to dilute with water". Wheat wine was a distillate of wheat-based alcohol (and not of grapes!), Therefore "vodka of wheat wine" would indicate the dilution in water of this drink.

Although the word vodka can be found in the ancient manuscripts and pictograms of Lubok, it appeared in Russian dictionaries only in the middle of the 9th century AD It was included in the Russian-German-Hungarian glossary of Samuel Gyarmathi in 1799, in which he translated from the Latin " vinum adustum ". 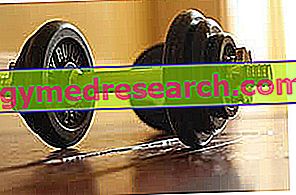 Pyramidal - How to train with the pyramidal method