Holoprosencephaly is a congenital malformation that affects the brain. This anomaly is characterized by the absence of the two cerebral hemispheres, due to the failure or incomplete division of the forebrain during two prenatal development.

Image from the site: www.peds.ufl.edu The causes of holoprosencephaly can be both genetic and non-genetic in nature.

The symptomatic picture depends on the severity of the conditions. For example, there are such severe forms of holoprosencephaly that they are incompatible with life.

For an accurate diagnosis both in prenatal and postpartum age, doctors need to resort to an MRI. However, they also provide more reliable information: prenatal ultrasound and the evaluation of clinical signs at birth.

Brief reference to the anatomy of the brain

Together with the spinal cord, the brain constitutes the central nervous system ( CNS ) of vertebrates.

It is a highly complex structure, composed of numerous areas, and in adult humans it can weigh up to 1.4 kilograms (ie about 2% of total body weight).

According to neurologists, it would contain more than 100 billion neurons (NB: one billion corresponds to 1012), so the connections it can establish are many and unimaginable.

There are four main regions of the brain: the telencephalon (or brain proper), the diencephalon, the cerebellum and the brainstem . Each of these regions has a specific anatomy, with compartments used for very specific functions. The table below summarizes the four most important brain regions, with their compartments.

Twelve pairs of cranial nerves depart from the brain, identified with Roman numerals I to XII.

Except for the I and II pair of nerves, which originate respectively in the telencephalon and in the diencephalic, the remaining twelve pairs are born in the brainstem.

Holoprosencephaly is a congenital anomaly of the telencephalon, resulting from the failure (or partial) division of the forebrain in two in the prenatal age; consequently, the disease is characterized by the absence of the two typical cerebral hemispheres.

Obviously, from such a profound alteration of the encephalic anatomy, significant functional problems derive: the holoprosencephaly carriers that survive even after the birth present serious neurological disorders.

The forebrain is that region of the embryonic brain, which includes (and from which it will derive) the telencephalon and the diencephalon.

Under normal conditions, it is recognizable as a single entity starting from the fifth week of pregnancy; at the eighth week the separation takes place in two hemispheres.

Among these, holoprosencephaly is the most common, with a frequency of one case every 10, 000-16, 000 newborns.

It is important to stress that this numerical data refers to children born alive. If we take into account individuals who die in prenatal age (NB: severe holoprosencephaly is often the cause of intrauterine death), the calculated frequency would be a few higher degrees.

Neurologists and scientists have long studied oloprosencephaly and have identified various causes and favorable conditions, some of genetic origin and others of non-genetic origin.

However, they also believe that there are still unclear aspects that deserve to be studied in greater depth.

Genetic studies have established that, to cause oloprosencephaly, there can be both genetic mutations (ie some genes) and chromosomal abnormalities .

Among the genes that, if mutated, are possible responsible for holoprosencephaly, are:

Among the chromosomal anomalies that determine oloprosencephaly, the most important is certainly trisomy 13, also known as Patau syndrome . This serious genetic condition is the result of the presence of three copies of chromosome 13.

Other chromosomal anomalies associated with failure to divide the telencephalon into two are:

When the holoprosencephaly does not have a genetic origin, its presence in a subject seems to depend on particular conditions in which the mother found herself during pregnancy .

These particular conditions are likely to include:

According to a medical classification, there are three main forms of holoprosencephaly :

As we will see in detail shortly, those carriers of the most severe forms of holoprosencephaly manifest different alterations, not only at the encephalic level but also at facial level.

Recently, after observing numerous clinical cases, neurologists have proposed, in addition to the three main forms mentioned above, a series of variants (or subtypes), which are distinguished by some characteristics.

In carriers of alobar holoprosencephaly, the telencephalon does not even show the slightest sign of division in two hemispheres and the face presents several serious anomalies, including the proboscis nose (or alternatively the lack of the nose ), cyclopia (that is, only one eye ) and the cleft lip .

This severe brain anomaly is generally not compatible with life: most children who manifest it die shortly after birth or are already born dead.

In subjects with semi-lobar holoprosencephaly, the division into two hemispheres of the telencephalon is barely mentioned, as if the prosencephalon maturation process had at some point interrupted.

However, the brain defect is in any case such as to cause death shortly after birth (if not also during intrauterine life).

The anomalies of the face are not a constant and may vary from those that characterize the alobar holoprosencephaly: for example, instead of cyclopia, patients are carriers of hypotelorism, that is two eyes very close to each other.

In individuals with lobar holoprosencephaly, the telencephalon hemispheres are almost complete, the result of a prosencephalon maturation process that has almost reached its conclusion. However, this does not exclude the presence of mental retardation and other neurological disorders.

Facial abnormalities are less common than in the other two previous situations.

Cases of holoprosencephaly, which occur in the presence of chromosomal abnormalities, can manifest further anatomical defects. For example, carriers of trisomy 13 are born with genital defects (cryptorchidism and malformation of the scrotum, in the male; bicorne uterus and clitoral hypertrophy, in the female), polydactyly (ie presence of more than five fingers in the hands and / or feet), myelomeningocele (or spina bifida opened), omphalocele etc.

Further clinical manifestations, observable in the presence of holoprosencephaly.

Among the variants of holoprosencephaly, the probably most common one is the so-called sintelencephaly . In those who are carriers of this anomaly, the separation between the frontal, posterior and parietal lobes of the telencephalon is not appropriate.

This causes motor problems, such as: spasticity, dystonia, language problems and difficult swallowing.

The most suitable test for a prenatal diagnosis is fetal magnetic resonance ; however, in some situations, even a simple prenatal ultrasound examination may suffice.

As regards the identification of the anomaly at birth, the evaluation of facial defects ( objective evaluation ) represents a reliable examination, but, for any definitive conclusion, an MRI must be performed (even in these circumstances).

HOW TO ESTABLISH THE FORM OF PROSENCEPHALIA

The doctors establish the form of holoprosencephaly using the images provided by the MRI and the anatomical anomalies (not only facial) found during the objective evaluation.

Each form has particularities that an expert in congenital neurological diseases is able to recognize and classify appropriately.

SOME EXAMPLES OF SYMPTOMATIC TREATMENTS

Symptomatic therapy obviously depends on what the symptoms are.

For example, for patients with cleft lip, ad hoc surgery exists; for those with pituitary / hypothalamic dysfunction, there is adequate hormone therapy; for those who are suffering from cryptorchidism, it is possible to surgically re-establish normal scrotal anatomy, etc.

For the reasons described so far, holoprosencephaly has an always negative prognosis.

However, it is worth remembering some aspects: 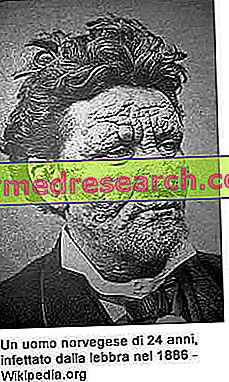 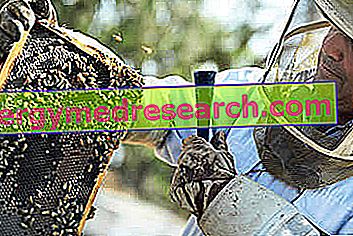