Depression is a mood disorder characterized by cognitive, psychomotor and behavioral dysfunctions that interfere with a person's daily life. A single episode of major depression (which must last at least 2 weeks) or more episodes may occur; in the latter case, we speak of recurrent depressive disorder.

Major depressive disorder can occur after a negative triggering event (such as a stressful situation, a disappointment, an unexpected and sudden grief etc.) or for no apparent reason.

The causes of depression are to be found in the interaction between biological, genetic and psychosocial factors. One of the most important concerns the functioning of some neurotransmitters (substances that allow the transmission of nerve impulses), which play an important role in the mechanisms that regulate mood, the ability to react to situations and the relationship with the outside world.

Numerous chronic and invalidating pathological conditions (such as cardiovascular diseases, neurological disorders and neoplastic processes) and the side effects of some drugs (eg corticosteroids, ? -Blocks, interferon and reserpine) contribute to the onset of the disease.

In women, depression can appear in some particular phases of life, such as the postpartum period or the transition to menopause.

Depression manifests itself with persistent and extreme sadness, ease of crying, irritability or frustration, agitation, restlessness or, on the contrary, psychomotor slowing down and lack of energy.

The subject can also manifest recurring thoughts of death and suicide.

Diagnosis is based on clinical evaluation (DSM-IV-TR criteria).

The treatments vary according to the characteristics of the person and the illness, to the side effects and to the possible presence of other pathological conditions (eg heart disease). Regarding drugs, antidepressants (selective serotonin re-uptake inhibitors, tricyclic antidepressants or monoamine oxidase inhibitors) are essentially used. These are combined with changing social rhythms and cognitive-behavioral psychotherapy in order to resolve or reduce the symptoms of depression and avoid recurrence of the disease. 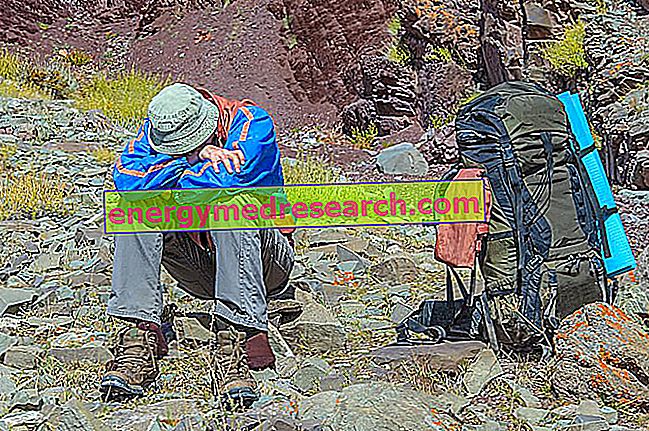 Hypoxia and cerebral anoxia: what are they?