RIFADIN ® is a drug based on Rifampicin

RIFADIN ® is indicated in combination with Isoniazid or another antituberculosis drug in the first-line treatment of human tuberculosis.

Always in association this active ingredient is indicated in the treatment of leprosy and serious non-tuberculosis infections such as endocarditis and osteomyelitis due to multi-resistant staphylococcus, complicated urinary infections, severe legionellosis and acute brucellosis.

On the other hand, Rifampicin is used in the prophylaxis of meningococcal disease and H.influenzae meningitis.

Rifampicin, the active ingredient of RIFADIN ®, is an antibiotic belonging to the category of Rifamycins active against a wide spectrum of bacteria including both Gram positive, Gram negative, anaerobic and aerobic bacteria, including mycobacteria, and particularly the M.Tubercolosis.

Thanks to its high liposolubility, it easily penetrates into eukaryotic cells, thus being able to effectively carry out an antibiotic action directed towards the intracellular microorganisms through the selective inhibition of bacterial DNA-dependent RNA polymerase, thus exerting an active sterilizing activity both on mycobacteria in multiplicative phase than on those in the quiescent phase.

The therapeutic activity of Rifampicin is also favored by the good pharmacokinetic properties, which allow the active ingredient taken orally to be absorbed rapidly with a bioavailability of 68%, progressively deacetylated and distributed homogeneously in the human body reaching therapeutic concentrations also in the central nervous system, in the bone, in abscess cavities and in the CSF.

Following a half-life of 1.5-5 hours it is mostly eliminated through the faeces and about 1/3 with the urine.

Fortunately, combined therapy, unlike monotherapy, severely limits the development of Rifampicin-resistant microbial strains, in most cases characterized by mutations in the gene encoding bacterial RNA polymerase.

EFFECTIVENESS OF THERAPY WITH REFAMPICINE IN PROGRESS OF TUBERCULOSIS

Study that demonstrates how rifampicin treatment can be effective in controlling the symptoms of tuberculosis, significantly limiting the spread of bacteria in the population and thus reducing costs in terms of public spending.

Very interesting molecular approach for the characterization of the sensitivity of the tubercular mycobacteria to Rifampicin, which allows to significantly reduce the risk of therapeutic failures, optimizing the drug treatment.

Very well executed molecular work that demonstrates how the onset of the RpoH148Y mutation can give microorganisms such as Staphylococcus aureus a natural resistance to drug therapy with Rifampicin, significantly reducing its success rate.

Rifampicin powder and solvent for solution for infusion of 600 mg per 10 ml of preparation;

The choice of dosage, pharmaceutical form and therapeutic combination is the responsibility of the competent doctor based on the physiopathological characteristics of the patient, the severity of his clinical picture and the possible presence of possible contraindications.

It is generally recommended to take it as a single dose daily, preferably on an empty stomach and away from meals.

Before starting treatment with RIFADIN ® the doctor should define a diagnosis by characterizing the microorganisms responsible for the disease in progress.

This characterization is fundamental in order to avoid the possible masking of tuberculous infections, even serious ones, and therefore responsible for a serious decline of the patient's clinical picture.

RIFADIN ® should be administered with caution in patients suffering from hepatic and renal diseases, given the metabolism of its active ingredient and the possible pharmacokinetic consequences deriving from a malfunction of the excretory organs.

In this regard, it is also necessary to periodically monitor markers of liver and renal function during all treatment with RIFADIN ®.

Intermittent administration of Rifampicin could determine the onset of immunological reactions responsible for pathological conditions such as thrombocytopenia, haemolytic anemia, renal insufficiency and thrombocytopenia purpura.

Given the various experimental studies that demonstrate a certain toxicity of Rifampicin on the fetus accidentally exposed to the drug, it would be appropriate to extend the aforementioned contraindications also to pregnancy and the subsequent breastfeeding period.

Given Rifampicin's ability to induce the activity of cytochromial enzymes including CYP3A4, it would be appropriate for the patient on RIFADIN ® therapy to avoid the simultaneous intake of drugs metabolised by the same enzymes such as oral contraceptives, methadone, anticoagulants, psychotropic drugs, estrogens, antihypertensives, anticonvulsants etc.

RIFADIN ® is contraindicated in patients who are hypersensitive to the active ingredient or to one of its excipients, in patients with severe liver disease or in patients contextually receiving don saquinavir / ritronavir treatment.

RIFADIN ® therapy is generally well tolerated although in some cases the appearance of:

RIFADIN ® is a prescription-only drug. 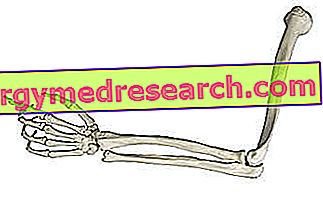 Bones of the Arm of A.Griguolo 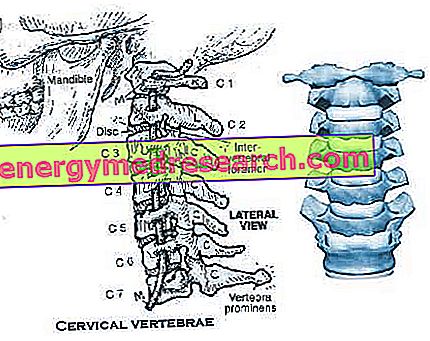