Asperger's syndrome is a disorder that falls within the so-called "autism spectrum disorders". In fact, this disease can be defined as a particular form of autism, characterized by a developmental disorder that strongly compromises the communication skills and socialization abilities of individuals who suffer from it.

The causes triggering Asperger's syndrome are still not entirely clear. However, it is believed that genetic components are at the root of the development of this disease.

More specifically, Asperger syndrome is thought to be caused by the mutation of some genes on chromosome 7.

Patients with Asperger syndrome have a total disinterest in other individuals and in social relationships, and tend to isolate themselves. Those affected by the aforementioned syndrome may also experience difficulty concentrating and learning, echolalia, anhedonia, aggression, mood disorders, hypomimia, tics, apraxia, insomnia.

Generally, the first symptoms appear starting from 2-3 years of age.

There is no real cure for Asperger's syndrome. The treatment of this pathology, therefore, is only palliative.

The therapies that are undertaken are aimed at improving the communication skills and social interactions of patients and - where present - to counteract disorders such as anxiety, aggression, attention deficit hyperactivity disorder, depression and manic obsessions.

Therefore, the pharmacological treatment of Asperger's syndrome involves the administration of antipsychotics, antidepressants and drugs against ADHD.

Antipsychotics are used primarily for the treatment of manic episodes and aggression that often occur in patients with Asperger's syndrome.

Among the active ingredients mostly used, we find:

When administered orally, the dose of medication usually used in adolescents over 13 years of age is 10 mg a day.

In adults, however, the usual dose is 15 mg of aripiprazole per day.

In both cases - if deemed necessary - the doctor may decide to increase the amount of aripiprazole administered up to a maximum of 30 mg a day.

Antidepressants are used in therapy against Asperger's syndrome when, along with it, depression also develops.

The most widely used antidepressant drugs are selective serotonin reuptake inhibitors (or SSRIs). These include fluoxetine (Prozac ®).

Fluoxetine can be used to treat depression in both adults and children aged 8 years and older. In the latter case, however, treatment with this drug must be associated with appropriate psychotherapy.

The dose of fluoxetine usually used in adult patients is 20 mg a day, to be taken orally. If necessary, the doctor may increase the amount of the drug administered up to a maximum of 60 mg a day.

In children, on the other hand, the dose of fluoxetine administered orally is 10 mg a day. This dose can be increased up to a maximum of 20 mg per day, if the doctor considers it necessary.

Guanfacine (Intuniv ®) is a drug with specific therapeutic indications for the treatment of attention deficit hyperactivity disorder (ADHD) in children and adolescents aged 6 to 17 years.

It is a drug available for oral administration in the form of tablets. The initial dose of guanfacine administered is 1 mg per day. Subsequently, the doctor will gradually increase the aforementioned dose until reaching the most suitable maintenance dose for each patient.

Methylphenidate (Equasym ®, Medicebran ®, Medikinet ®, Ritalin ®) is another drug used in the treatment of attention deficit hyperactivity disorder in children and adolescents aged 6 to 18 years.

The starting dose of methylphenidate used is 5 mg, to be taken once or twice per day orally. The doctor can then gradually increase the amount of drug administered until the ideal maintenance dose is reached for each patient, but taking care not to exceed the maximum dose of 60 mg of drug a day. 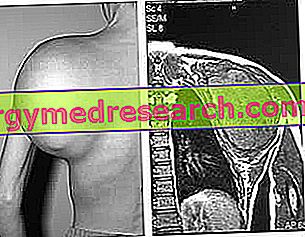 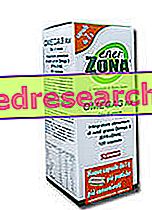