What is Starlix used for?

How is Starlix used?

Starlix is ​​given one to 30 minutes before breakfast, lunch and dinner and the dose is adjusted to get the best result. The treating physician should regularly measure the patient's blood glucose level to find the minimum effective dose. The recommended starting dose is 60 mg three times a day before meals and can be increased up to 120 mg three times a day after one or two weeks. The maximum total daily dose is 180 mg three times a day.

How does Starlix work?

Type 2 diabetes is a disease due to the fact that the pancreas does not produce enough insulin to control the level of glucose in the blood. Nateglinide, the active ingredient in Starlix, stimulates the pancreas to produce insulin faster, thus helping control blood glucose after meals and is used to control type 2 diabetes.

How has Starlix been studied?

In total, 2 122 patients received Starlix in all studies. During these studies, Starlix was compared with a placebo (a dummy treatment) or other medicines used to treat type 2 diabetes (metformin, glibenclamide or troglitazone). In other studies, the transition from an anti-diabetic medicine to Starlix and the addition of Starlix to other antidiabetic medicines was also examined. These studies measured the concentration in the blood of a substance called glycosylated hemoglobin (HbA1c) which gives an indication of the efficacy of blood glucose control. Most patients received treatment for up to six months, 789 for at least six months and 190 received Starlix for a year.

What benefit has Starlix shown during the studies?

On its own, Starlix was more effective than placebo, but less effective than some antidiabetic medicines, such as metformin. In association with metformin, which mainly affected fasting plasma glucose (the amount of glucose present in the blood, when the person did not eat anything), the effect of Starlix on HbA1c was better than that of individual drugs alone.

What is the risk associated with Starlix?

Starlix may in some cases cause hypoglycemia (low blood glucose). Other common side effects (seen in between 1 and 10 patients in 100) are abdominal (abdominal) pain, diarrhea, dyspepsia (heartburn) and nausea. For the full list of all side effects reported with Starlix, see the Package Leaflet.

Starlix should not be used in people who may be hypersensitive (allergic) to nateglinide or other ingredients in the medicine, who have type 1 diabetes or who have severe liver problems or who have diabetic ketoacidosis (a serious complication of diabetes). ).

Its use is not recommended during pregnancy or breastfeeding. The dosage of Starlix may need to be adjusted if the drug is given together with certain heart and / or drugs, analgesics, asthma and other medicines. For the complete list, see the sheet

Why has Starlix been approved?

The Committee for Medicinal Products for Human Use (CHMP) decided that Starlix's benefits are greater than its risks for the treatment of type 2 diabetes, in combination with metformin in patients for whom the maximum daily dose of metformin fails to control the disease, and recommended that it be given marketing authorization.

On 3 April 2001, the European Commission granted a marketing authorization for Starlix, valid throughout the European Union, to Novartis Europharm Limited.

The marketing authorization was renewed on 3 April 2006. 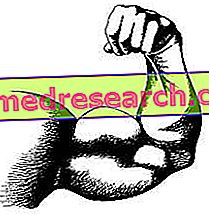 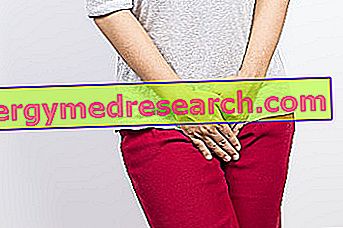 Polyps of the Cervix: What are they? Causes, Characteristics and Symptoms of G.Bertelli