Aerofagia manifests itself when, in addition to food, it swallows air, which accumulates in the digestive tract, causing eructations, flatulence, gastric noises (borborigmas) and painful abdominal tension. We are certainly not talking about a dangerous disease, rather than an unpleasant and somewhat annoying condition, fortunately of simple resolution.

Aerofagia constitutes an immediate reaction to a large meal and to an excessively fast gulp of food, liquids, chewingum and smoke; in general, incorrect eating habits can be the basis of this disorder. Aerofagia takes on a pathological nature when it follows psychological, gastro-intestinal, biliary or hormonal conditions.

The clinical picture of aerophagia is characterized by the accumulation of air in the stomach, which results in eructations, abdominal swelling, flatulence and meteorism. In the context of pathological atrophy, the symptoms can worsen to the point of creating an acute dilation in the stomach, accompanied by anxiety, an unpleasant perception of suffocation, hyperventilation, oppression and tachycardia.

Information on Aerofagia - Drugs for Aerofagia Treatment is not intended to replace the direct relationship between health professional and patient. Always consult your doctor and / or specialist before taking Aerofagia - Aerophagic Care Medications.

Aerofagia, in a sense, constitutes an alarm signal sent by the organism, a request for help that the "patient" must be able to grasp: as analyzed, the occasional aerofagia, which follows on a particularly healthy meal - or worse, quickly consumed - can be considered an almost physiological phenomenon, given that the introduction of food also involves the swallowing of saliva and air. It should be remembered that about 70% of the air accumulated in the intestine derives from the assumption of food and drink, while the remaining 30% is divided between the amount of gas derived from the bloodstream and that originating from local bacterial fermentation.

Non-pathological atrophy is treated according to the cause: to report an example, eating slowly and selecting simple foods facilitate digestion, removing the risk of forming aerophagia. On the other hand, when a meal rich in fat, fiber and protein is consumed, especially in a fast way, the digestive mechanisms are put to the test: the food remains longer in the stomach, therefore subject to bacterial fermentation, stomach acid, belching and swelling. In this case the use of drugs is not the most suitable solution: phytotherapy exerts its therapeutic activity very well.

Different discourse must be made for pathological aerophagy: the tendency to swallow air can in fact be independent of the administration of food, rather an expression of tic disorder and anxiety. When the problem becomes substantial, the use of drugs for the treatment of anxiety can above all calm and relax the patient so as to prevent also the aerophagia (which, in similar circumstances, constitutes a secondary symptom).

Antacid drugs : Aerofagia is the result of an accumulation of air in the stomach; when taking hyperlipidic and high-protein foods, the digestive mechanisms struggle to carry out their normal activity, therefore the food stays longer in the stomach, creating acidity and digestive difficulties. For this reason, it is recommended to administer antacid drugs, to be taken, approximately, half an hour after meals.

Vegetable carbon : it is one of the most widely used "natural drugs" to treat the symptoms of aerophagia. Vegetable coal is obtained from the dry distillation of birch, willow or poplar wood, from which a powder is obtained. It is known to most that charcoal has exceptional adsorbent properties, such as to incorporate excess air swallowed with food (not surprisingly, its use is also recommended in case of bloating, diarrhea and flatulence); moreover, the charcoal exerts a modest disinfectant action in the intestinal tract. Vegetable charcoal should not be confused with carminative drugs, capable of eliminating (not adsorbing) gases.

Proton pump inhibitors : second-choice drugs for the treatment of aerophagia. Especially indicated when this condition is associated with gastritis, reflux disease or hiatal hernia.

For more information on drugs and dosage: read the article on the treatment of gastroesophageal reflux disease.

An innovative drug has recently been proposed for the treatment of aerophagia: it is a supplement based on alpha-galactosidase, which blocks the development of intestinal gas derived from non-digestible oligosaccharides in the bud.

Alpha-galactosidase is an enzyme that is not present in humans: it is useful for the digestion of some carbohydrates. Oligosaccharides that are not digested (such as raffinose, verbascose and stachiosio) are present in some legumes and can cause aerophagia and flatulence. Precisely on the basis of this assumption, it was thought that supplementing the diet with drugs based on this enzyme could be a valid aid to alleviate disorders such as aerofagia.

Antifoam : dimethicone (eg Simecrin, Meteosim) is a drug also indicated for treating the symptoms of aerophagia, especially when associated with antacids. Dimethicone is used both for the treatment of gastrointestinal meteorism and for aerofagia. Take approximately 40 40 mg tablets per day (equally distributed in two doses, to be taken after the two main meals).

Probiotics : the administration of probiotics is useful for restoring and reinvigorating the bacterial flora: often, in fact, the aerophagia can be the cause and consequence of an alteration of the microbial flora that populates the intestine, causing collateral alterations (eg diarrhea / constipation, abdominal swelling, etc.).

Anxiolytic drugs : the administration of these active ingredients to treat aerofagia is recommended only when the gastrointestinal alteration depends on stress and anxiety. Anxiolytic drugs should not be administered to treat a large meal dependent on aerophagia.

The removal of anxiety and the relaxation of the patient will consequently also produce a cure from all the secondary symptoms related to anxiety, just like the aerophagia.

For further information: read the article on drugs for the treatment of anxiety

The best cure for non pathological aerophagia is certainly represented by the diet, both in terms of food combinations and the way in which the meal is consumed:

The best cure for aerofagia (non pathological) is therefore the correction of eating habits. 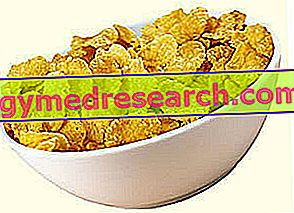 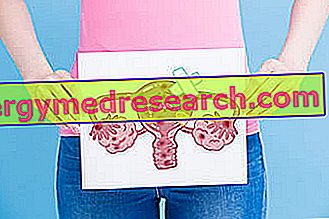