Epitrocleite is an inflammatory disease that affects the tendons and related muscles that originate from the epitrochlea of ​​the elbow. This disease is similar to epicondylitis (or "tennis elbow"), but - compared to the latter - it is a rarer form.

Epitrocleite is also known as the "golfer's elbow", as it is very common among individuals who practice this sport.

Epitrocleitis is generally caused by functional overload of the tendons and elbow muscles. In fact, this pathology mainly affects those subjects who, for various reasons - whether sporting or working - subject their elbow to excessive and repeated stress.

The main symptom of epitrocleitis is pain in the elbow at the area involved in the inflammation. Pain extends to the flexor muscles of the forearm and may also involve the wrist and hand. Other symptoms that may occur in patients with epitrochleitis are pain and joint stiffness.

The most commonly used drugs for the treatment of epitrocleitis are NSAIDs (non-steroidal anti-inflammatory drugs) and analgesics. However, treatment of epitrocleitis also requires patients to rest and avoid carrying out the activity that triggered the inflammation. To promote healing, it may be useful to use ice packs to be performed several times a day. Finally, a physiotherapy course can also be undertaken to restore the normal mobility of tendons and muscles affected by inflammation.

In some cases, it may be necessary to use corticosteroid injections to be carried out in the inflamed tendons. While surgical treatment is considered only if conservative therapy proves ineffective in resolving the pathology. NSAIDs are the most widely used drugs for the treatment of epitrocleitis, as they have both anti-inflammatory and analgesic activity.

Some of the active ingredients most used in the treatment of epitrocleite will be briefly illustrated below. It is good to remember that the information regarding the doses of drug usually used are given only for indicative purposes and that the exact dosage of medicine should always be established by the doctor.

If diclofenac-based gel is used, it is recommended to perform 3-4 applications per day, directly on the inflamed area.

On the other hand, if a medicated diclofenac-based patch is used, it is recommended to apply a patch in the morning and a patch in the evening, in correspondence with the affected area.

The duration of treatment with diclofenac usually should not exceed 7-10 days.

If ketoprofen is used in the form of pharmaceutical formulations for skin use, instead, it is recommended to apply the product on the affected area 1-3 times a day, or according to a medical prescription. To avoid possible photosensitivity reactions, it is important not to expose the treated part to sunlight and / or UV rays, both during the treatment and for a period of at least two weeks from the end of the same.

In addition to non-steroidal anti-inflammatory drugs, the doctor may decide to prescribe analgesic drugs to relieve the pain caused by epitrocleitis, such as paracetamol (Tachipirina ®, Efferalgan ®, Panadol ®).

Paracetamol is available in different pharmaceutical formulations suitable for different administration routes. When administered orally, the dose usually used is 500-1000 mg, to be taken as needed for a maximum of 3-4 times a day.

For the treatment of some cases of epitrocleite, the doctor may consider it necessary to resort to the infiltration of corticosteroids, a very delicate practice that must be performed only by specialized personnel. Corticosteroid treatment, however, is effective especially in the short term and not in the long term. Indeed, repeated injections of steroid drugs could increase the risk of weakening and rupturing the tendon itself. 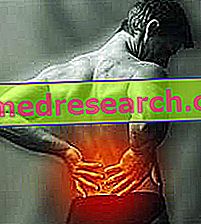 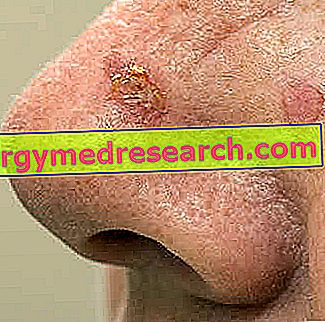 Go to the dietician to learn about yourself