Food supplement based on N Acetyl Cysteine ​​and lipoic acid

N-Acetyl Cysteine ​​200mg - acetylated form of the amino acid Cysteine, necessary for endogenous glutathione synthesis together with glutamate and glycine. While these two amino acids are present and available in the common diet, cysteine ​​is hardly absorbed in the intestine, thus representing the limiting factor in the synthesis of glutathione. The oral supplementation with NAC therefore makes sense in providing one of the precursors necessary for the synthesis of this powerful antioxidant, also because the bioavailability of the oral form of glutathione is very low, due to digestive and degradative events that seriously compromise its structure and function. However N acetyl cysteine, rapidly absorbed and permeated in cellular structures, can, thanks to its thiol group (SH), already alone take an antioxidant action, reducing itself, and forming cysteine ​​dimers. In conclusion, therefore, supplementation with NAC has a dual biological effect:

Considering its functions, N acetyl cysteine ​​has found different therapeutic applications, from degenerative pathologies to paracetamol intoxications, from anti-flu and mucolytic therapies to cancer prevention. In sports it is commonly used for its antioxidant and protective qualities against muscle damage, proving to be effective in reducing the levels of lipofuscin (advanced peroxidation products), creatinkinase (marker of tissue damage) and in increasing the glutathione pull reduced (GSH), active form.

Lipoic Acid 200mg - derived from octanoic acid, is easily absorbed when administered in the form of a food supplement, becoming immediately available at a cellular level due to its chemical-physical properties that allow a rapid crossing of the cellular membrane.

In cells, the lipoate is a cofactor in some key reactions of oxidative metabolism, allowing an improvement in the glucidic and amino acidic energy flow, with particular importance for the muscle of the BCAAs. However, its main application in the field of sports supplementation lies in the antioxidant power, which it is able to sustain directly both in the oxidized and reduced form, and in the regenerating power of other antioxidants such as vitamin E, vitamin C and glutathione.

Also proving effective in promoting cellular glucose uptake, assisting the insulin signal, it has been successfully used in the laboratory to induce weight loss in guinea pigs. However, the mechanism by which this phenomenon is initiated is still not entirely clear, given the presence of studies that underline on one hand the anorectic effect, and on the other an inhibitory effect on protein synthesis.

Supplementation with lipoic acid is successfully used in the treatment of degenerative diseases, induced by oxidative stress, such as diabetic neuropathy, atherosclerosis and neurodegenerative pathologies.

Like other oxidants, it has also been shown to be effective in reducing markers of oxidative damage in healthy individuals subjected to physical exercise.

1 cps per day during meals

Various studies have tested the effectiveness of supplementation with NAC in sports practice.

The dosages found in these studies start at 600mg / day and reach 1.2 / 1.8g per day on training days. In the same the administration times vary from 2 to 6 weeks.

For lipoic acid, on the other hand, effective dosages to counteract oxidative damage occurred between 200/400 mg per day, rising to 600mg / day in individuals subjected to intense physical exercise.

Generally the administration is recommended during meals, but scientific evidences show a maximum absorption of lipoic acid on an empty stomach.

Taking into account the absorption times (2 / 3h) for the NAC and the lipoic acid (1.5 h), protocols could be developed, able to increase the antioxidant power, during the training phase.

The synergy between the two antioxidants mutually enhances their functions, as demonstrated by numerous studies. The simultaneous supplementation of 1200mg / day of NAC and 600mg / day of lipoic acid in healthy individuals, subjected to physical activity, showed a 30% decrease in oxidative markers and a net increase in reduced glutathione levels, thus highlighting an efficacy in the reduction of oxidative damage induced by intense physical exercise.

Furthermore, studies on rats have underlined the ability of these two molecules, if taken synergistically, to counteract the mitochondrial degeneration associated with neurodegenerative pathologies such as Alzheimer's, preserving the oxidative capacities of the cell.

Numerous studies show that both molecules, both in synergy and alone, can effectively counteract the stressful events to which the body, and in particular the muscle, is subjected during physical activity. The various authors, on the other hand, are in contrast with respect to the possibility of improving athletic performance and reducing the feeling of fatigue.

The absence of studies supporting the weight loss hypothesis (fat loss), associated with supplementation with lipoic acid and acetyl cysteine ​​in healthy men, should be reiterated, although different research groups are investigating the cellular events induced by 'lipoic acid, and probably involved in the inhibition of lipogenetic processes and in the improvement of oxidative processes.

No particular side effects of oral supplementation with NAC have been recorded, even for prolonged periods.

However, strict medical supervision is required in the case of asthmatic individuals, with diseases of the respiratory tract or the gastrointestinal tract.

Intake of the product may occasionally be followed by nausea, vomiting or hypersensitivity reactions such as hives and bronchospasm.

For lipoic acid; at doses higher than 1200mg / day, side effects such as itching, tingling and gastrointestinal tract infections (diarrhea, vomiting and cramps) have been documented.

N acetyl cysteine ​​can interfere with various types of antibiotics if taken at the same time.

For lipoic acid: Pharmacological Interactions - given the ability of lipoic acid to activate intracellular glucose intake, the simultaneous intake of hypoglycemic agents could produce a marked drop in blood sugar; you should therefore consult your doctor before use.

Food Interactions - given the structure very similar to biotin, the two molecules could compete for the membrane transporter.

This article, elaborated on the critical re-reading of scientific articles, university texts and common practice, is for informational purposes only and is therefore not a medical prescription. It is therefore always necessary to consult your doctor, nutritionist or pharmacist before starting to use any kind of supplement . Further information on the critical analysis of LIPOICO + NAC - KEFORMA. 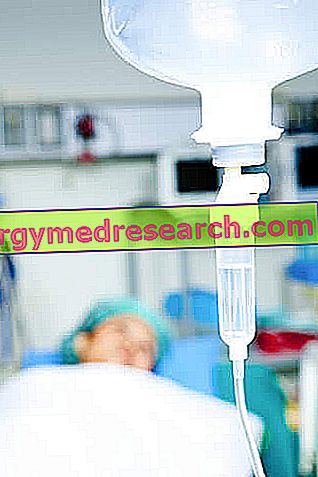 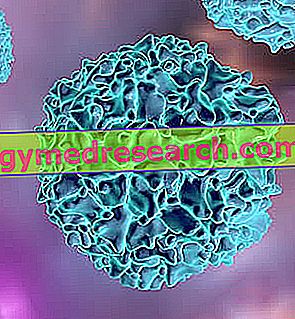