BENACTIV GOLA ® is a drug based on Flurbiprofen

BENACTIV GOLA® is a drug indicated for the symptomatological treatment of inflammatory states of the pharyngeal mucosa even when associated with pain.

BENACTIV GOLA ® is an anti-inflammatory drug with typical pharmacokinetic characteristics, particularly useful for the treatment of inflammatory irritation conditions in the oral cavity.

In fact, both the formulation in tablets, rather than that in spray or mouthwash, allows a release of the active principle mainly on the spot, preventing it from being absorbed systemically and associated with those that are the classic side effects of therapy with non-steroidal anti-inflammatory drugs.

From a molecular point of view, on the other hand, the therapeutic activity of BENACTIV GOLA ® is carried out by its active ingredient flurbiprofen, a derivative of phenylproprionic acid belonging to the vast category of non-steroidal anti-inflammatory drugs, capable of inhibiting the activity of an enzymatic class known as cyclooxygenase, particularly expressed in harmful conditions.

In fact, these enzymes mediate the conversion of arachidonic acid into prostaglandins and prostacyclins, chemical mediators that with their own vasopermeabilization and chemotactic properties, can support the inflammatory process, attracting cells with phlogistic activity.

The modulation of this process inevitably translates also into a variation of the inflammatory microenvironment, with a significant reduction in the concentrations of proteolytic enzymes, responsible for the damage of the oro-pharyngeal mucosa and of cytokines with algogenic activity.

1.PHARMACY AND HEALTH OF ORAL MUCOSA

Very interesting job that tries to catalog all the active ingredients potentially toxic for the oral mucosa, and more precisely endowed with direct harmful activity. Among these, flrubiprofen also seems able to determine, especially in predisposed patients, the onset of ulcers and erosions.

2. THE FLURBIPROPHEN IN DENTAL PRACTICE

Italian work that demonstrates how flurbiprofen intake can be effective in reducing the inflammatory, painful and pyrogenic stimulus that is observed following dental practices such as the extraction of the third molar.

Recent study demonstrating the presence on the market of generic drugs, pharmacokinetically and pharmacodynamically equivalent to BENACTIV GOLA ®. This could facilitate the consumer in the free choice of the drug.

Solution to be sprayed at 0.25% flurbiprofen;

Tablets of various flavors from 8.75 mg flurbiprofen per tablet.

In order to obtain an appreciable therapeutic activity for the gold-pharyngeal mucosa subjected to irritative and phlogistic stimuli, it is recommended to take:

Despite the way in which BENACTIV GOLA ® is taken allow to significantly reduce the risks associated with treatment with non-steroidal anti-inflammatory drugs, it is always useful to remember that the use of these products should be understood as short-term symptomatic therapy, aimed at overcoming states painful on an inflammatory basis.

The use of NSAIDs prolonged over time is in fact associated with the appearance of numerous disorders located between the various organs and systems.

Particular attention should be paid to patients suffering from liver, kidney, gastrointestinal and cardiovascular diseases, for whom NSAID-based therapy is generally associated with a greater risk, intended both as an incidence of new adverse events and as an aggravation of the already present pathological conditions .

Before taking BENACTIV GOLA ® it is advisable to ascertain the integrity of the gold-pharyngeal mucosa to be treated in order to reduce the possible systemic absorption of the active ingredient.

The presence in BENACTIV GOLA ® of mouthwash and sprays, of excipients with strong allergizing power such as para-hydroxy-benzoates, could increase the risk of allergic reactions, especially in predisposed patients.

On the other hand, it is useful to remember that the presence of honey and glucose in BENACTIV GOLA ® tablets may be detrimental to patients suffering from metabolic disorders such as diabetes.

The intake of flurbiprofen is contraindicated in pregnancy, I note the key role of prostaglandins in ensuring proper embryonic and fetal development.

It is also useful to remember that the intake of NSAIDs may increase the risk of bleeding and complications during childbirth, reducing the intensity and frequency of uterine contractions.

The topical action limited to the mucosa of the oral cavity foreseen for BENACTIV GOLA ®, allows to reduce the numerous pharmacological interactions normally described for flurbiprofen by systemic / enteral route.

However it is useful to remember how the concomitant intake of flurbiprofen is:

The use of BENACTIV GOLA ® is contraindicated in patients hypersensitive to the active ingredient or to one of its excipients, hypersensitive to acetylsalicylic acid and other analgesics, suffering from hepatic, renal and cardiac insufficiency, hemorrhagic diathesis, intestinal bleeding, ulcerative colitis, disease of Crohn's or previous history for the same diseases.

The very low systemic absorption of flurbiprofen, which is observed following the use of BENACTIV GOLA ®, allows to minimize the risks commonly associated with systemic therapy with non-steroidal anti-inflammatory drugs.

Although the use of BENACTIV GOLA ® can be more frequently associated with sensitization and tingling phenomena in the directly treated area, it is useful to remember that systemic absorption of flurbiprofen may instead be associated with the appearance of nausea, vomiting, diarrhea, constipation, gastritis and in severe cases ulcers with possible perforation and hemorrhage, headache, dizziness, drowsiness, hypersensitivity manifestations such as rash, urticaria, angioedema, bullous reactions and photosensitivity.

Different studies have also shown how prolonged intake of non-steroidal anti-inflammatory drugs over time can facilitate the appearance of cardiovascular, hepatic and renal diseases or aggravate the clinical course, if already present.

BENACTIV GOLA ® can be sold without medical prescription. 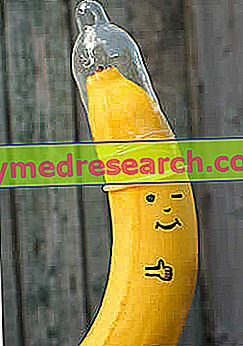 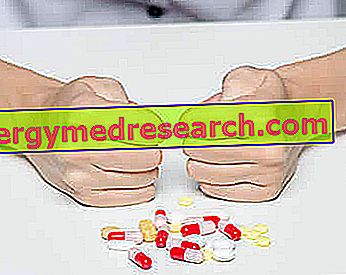