Sit flat? Here is the solution

The buttock is not a single muscle but is formed by a set of three muscles, the small, medium and large buttocks, respectively.

The gluteus maximus is the most powerful muscle of the body (34Kgm for a shortening of 15 cm), the largest and of course the strongest (238 Kg).

The main action of the large buttock is to extend and adduct the hip.

The buttock is not a strictly postural muscle, it is not much involved in walking but only in the forced extension of the hip as in running, climbing or rising from a sitting position.

Result: training the gluteus maximus too much making it very strong may have the opposite effect to that desired with a consequent further flattening of the buttocks (FIGURE B).

After analyzing the causes of this blemish there are two main solutions to solve the problem:

- train the extensor muscles of the torso and the flexors of the thigh, ie through the extension of the bust, sit-ups and leg extensions (not recommended). the agonist and antagonist muscle groups must always be well balanced to avoid alterations and / or overloads: a hypertonus of the ischio-crurali and the psoas, for example, can cause alterations in the distribution of vertebral loads (greater risk of low back pain, spondylolisthesis or hernias) . Furthermore, if on the one hand the lumbar hyperlodosis pushes the buttocks out of the other pushes the abdomen out and this is certainly not a very desired aesthetic standard! (FIGURE A)

- mainly train the upper bundles of the gluteus maximus, and the small and medium buttocks which together form the upper portion of the buttock taken as a whole. These muscular bundles, very developed in ballet dancers, determine a contemporary abduction to the extension, a function that can be repeated by performing the following exercises

and all exercises that require an abduction of the hip at the same time as the extension. The degree of abduction to which we have the maximum involvement of the gluteus maximus is about 35 °.

A hypertrophy of these muscles, however, as seen in the figure, could create an effect for which the hips seem wider.

External rotation exercises are also useful in order to stimulate these muscle groups.

Finally, I recommend performing these exercises with overloading (on the cable or with an ankle brace) as these muscles are quite strong. Considering their composition in white and red fibers, I suggest finally to perform these exercises at medium speed, neither too slow nor too explosive. 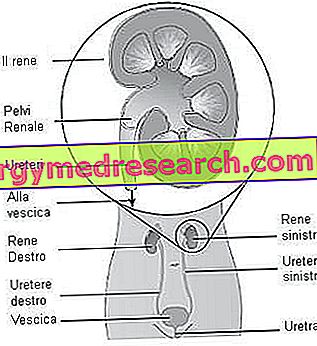 Eye-hand coordination in the elderly