Less commonly called vaginal suppositories, the vaginal ovules are solid pharmacological preparations, with a single dosage, to be inserted deeply into the vagina and left to act for a few hours. Vaginal ovules are pharmaceutical formulations widely used by women, whose therapeutic efficacy - dependent on the active ingredient with which they were produced - depends on the type of pathology or disorder that afflicts the patient. The therapeutic action of vaginal ovules is exercised locally (vaginal mucosa), through the application of the drug directly into the vagina: the vaginal mucosa, rich in blood vessels, favors the absorption of the active ingredients enclosed in the egg. Precisely because of the normal composition of the female genital mucosa, it is essential to pay particular attention to the choice of excipients (as well as of the drug): these substances are selected based on the ability to dissolve or release the drug, which must be continuous but at the same time slow, in order to guarantee to the genital mucosa a concentration of adequate active to obtain the required therapeutic effect.

Vaginal ovules have different shapes and sizes, although most of them are ovoid or spherical; the volume and consistency of the eggs must be suitable for insertion into the vagina. Some vaginal suppositories are formulated in the form of tablets, to be inserted into the vagina: these tablets, although exerting the same therapeutic action as vaginal ovules, are prepared with specific instruments (compressing machines) that compact solid substances in the form of powders or granules.

The vaginal eggs contain one or more active ingredients, generally dissolved or dispersed in a base suitable for melting at room temperature, or soluble / dispersible in water. In addition to the active ingredients, the excipients complete the pharmacological composition of the vaginal ovules: the excipients must be carefully selected, they must not create local irritation and must favor the release of the drug in a period of time useful to ensure the desired therapeutic effect.

EXCIPIENTS: The excipients mostly used in vaginal ovules are absorbent substances, dyes, surfactants, diluents, lubricants and emollients. Lipophilic excipients (soluble in oily substances, insoluble in water) - widely used for the preparation of suppositories for rectal use - prove to be unsuitable for vaginal ovules: similar substances, in fact, favor the immediate release of the active ingredient, preventing the drug from exercise its therapeutic action adequately. In other words, lipophilic excipients are not indicated for preparing pharmacological forms such as vaginal ovules, because they would prevent the drug from remaining in contact with the vaginal mucosa for a time sufficient to exert the curative effect.

Another reason for not formulating vaginal ovules with lipophilic excipients is the damage that the drug could cause locally: when the active ingredient is melted too quickly (then released in a very short time), the vaginal mucosa could be heavily affected, and become hypersensitive, reddened or irritated.

The most suitable excipients are the hydrophilic ones, therefore soluble in water, capable of slowly melting: these substances allow to spread the active principle gradually, so that the vaginal mucosa comes into contact with the drug for the appropriate time, which ensures the desired therapeutic action.

Glycerine glycerine is the most widely used excipient for the formulation of vaginal ovules; from the Manual of Galenic Preparations, it is found that the classical composition of this excipient is formulated with 10% gelatin, 25% purified water and 65% glycerol.

The amount of each individual component of glycerine glycerine can vary depending on the active ingredient: some substances, in fact, increase or decrease the consistency of the product, therefore, to obtain an ideal solidity, it is essential to modulate the amount of excipients.

As an alternative to glycerine glycerine, the so-called PEG, acronym of polyethylene glycol, widely used in the pharmacological (and cosmetic) sector can be used for their plasticizing properties. For example, in vaginal tablets, PEGs increase the plastic properties of the external coating film.

Many vaginal ovules are also formulated with tartaric acid or lactic acid to obtain a pH in the egg that is very similar to the vaginal one.

From these premises, we understand how the choice of excipients heavily conditions the quality of the drug: it is therefore necessary to pay particular attention not only to the choice of the active ingredient, but also to the selection of the excipient.

ACTIVE INGREDIENTS : the active ingredients used in vaginal ovules are varied; the choice of a drug rather than another clearly depends on the problem that afflicts the woman. For example, for vaginal fungal infections, it is recommended to take vaginal suppositories formulated with specific antifungals, while for the treatment of vaginal bacterial infections antibiotics exert their therapeutic effect excellently. In the form of vaginal ovules, lactobacilli are also available which, acting directly at the vaginal level, best exert their therapeutic effect; for example, in order to rebalance the composition of the vaginal bacterial flora in a short time, the application of vaginal ovules is more suitable than the oral intake of lactobacilli which, although explicitly indicating a good therapeutic effect, need more time.

For most women, the insertion of vaginal ovules is unpleasant and problematic; however, following the instructions given by the doctor perfectly, the (excellent) activity of the drug used in therapy is maximized.

Careful hand washing is recommended before applying the egg; after removing the egg from the pack, insert it deeply (and gently) into the vagina. In this way, the dissolution of the active ingredient is promoted.

It is advisable to apply a vaginal egg in the evening, before going to bed: the extended position favors the permanence of the drug along the vaginal canal, an indispensable element to allow the active ingredient to best exercise its therapeutic action.

The antibacterial and antifungal drugs contained in the vaginal ovules, as well as some excipients with an emollient action, could damage the condoms, interacting with the latex with which they are formulated; for this reason, the simultaneous use of latex or diaphragm condoms is not recommended during all therapy with vaginal ovules. 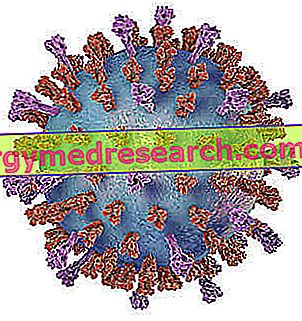 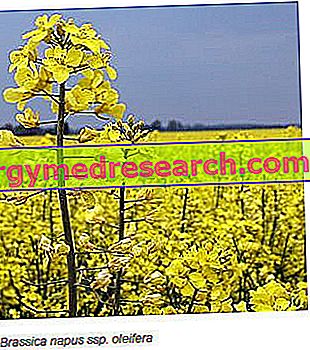