Alkaline water is a particular type of water, characterized by a pH above 7.0. Most bottled waters have an alkaline pH, although there may be large differences in terms of fixed residue and the type of minerals they contain.

The alkaline water par excellence is the ionized one, that is purified and processed thanks to an apparatus called an ionizer.

Ionization (always preceded by a filtering) is a controlled electrolysis process. It is obtained thanks to the exposure of water to a low voltage current; the latter passes between two platinum-coated titanium electrodes (one positive and one negative), which are immersed in the liquid inside an isolated chamber.

Ionization tends to separate cations from anions and at the end of processing produces two types of water.

The two fluids come out separately from the machine and, while the ionized alkaline water is destined for feeding, acid water lends itself more to washing and cleaning (for hands, food, etc.).

What is it for?

Alkaline water is a fundamental drink (almost a founder) of the acid-base diet . This is a diet aimed at improving the general state of health, which should be achieved by increasing the body's pH through the choice of "basic" foods and drinks .

Advocates of the alkaline diet say that contemporary Western food (such as that of North America) is strongly unbalanced due to the excess of "acid foods".

The products responsible for lowering the physiological pH would also be guilty of increasing the incidence of certain diseases and uncomfortable conditions such as:

Water also helps to determine the pH of the diet and some types show a clear tendency to acidity; in particular, tap water.

According to what the acid-base diet states, tap water would be strongly acidifying and tend to be pro-oxidant, due to the polluting principles and the "wrong" minerals that characterize it.

Not surprisingly, the followers of this nutritional philosophy define this type of "dead water" drink and by the same principle assert that for its part alkaline water can help the body to metabolize nutrients and to expel toxins more effectively.

This would promote health status by improving physiological performance, thanks to the buffering effect on the toxic acid products accumulated in the body (which would literally be "neutralized").

To support this hypothesis there would also be a historical trace. The archaeological finds of the Rift Valley, in Ethiopia, indicate that the hominids have spent much of their evolution in this area (from Homo Ergaster to Homo Sapiens). Performing various samplings of the surrounding waters showed that all the surrounding lakes have a strongly alkaline pH (up to 9.5-9.7), which would justify the survival and evolutionary progression of the human race.

From the chemical point of view, alkaline water owes its therapeutic capacity to the oxidation-reduction potential or ORP (Oxidation Reduction Potential).

This parameter describes the ability of a molecule, an ion or a compound to release electrons (oxidizing - positive ORP) or to receive electrons (reducing, becoming an antioxidant - negative ORP).

For example, the body's natural antioxidants (such as coenzyme Q10) or those introduced with foods (eg vitamins A, C and E) have a negative ORP.

Ultimately, thanks to its predominantly alkalizing electrolytes such as calcium, potassium silicate, magnesium and bicarbonate, alkaline water should exert a very powerful antioxidant function.

Why can't food and drink alter the blood pH?

The body's acid-base balance is supported by a series of very effective physiological mechanisms.

Under normal conditions, the blood pH does not undergo significant alterations and remains in conditions of slight alkalinity, between 7.35 and 7.45.

Small but clinically significant changes in blood pH can instead be recorded in certain pathologies (usually kidney or severe and decompensated diabetes), during some drug therapies or in the case of extreme food behaviors (ketogenic and similar diets).

Blood pH fluctuations greater than ± 0.4 points are accompanied by severe organic impairment and, in the absence of treatment, can be lethal.

For the urine it is different

The same cannot be said about the pH balance in urine. These represent a very important means of excretion for the organism and more precisely they constitute the "waste of blood".

The foods and drinks, acidic or basic, are not able to alter the blood pH because the regulation systems keep it in equilibrium neutralizing (bicarbonate, albumin and hemoglobin) or expelling (pulmonary ventilation and renal filtration) the molecules potentially responsible for alteration.

As we have seen, part of the undesired (non-volatile) molecules and acid ions are filtered by the kidneys and concentrated in the urine.

Along with these, some molecules of regulation systems also end up in the excretory fluid; however, a selective reabsorption process also occurs, which is why the urine can become much more acidic or basic than blood.

Other Alleged Interactions between Diet and Blood pH Supporters of the acid-base diet and alkaline water hypothesize that the damage that can be caused by acidic drinks and foods may also be indirect.

In practice, it would not be the pH of the blood that changes dangerously, but the concentration of some minerals normally contained in the bones and muscles.

These would be used as a buffer system to combat food acidosis, causing long-term depletion of stocks.

Actually, blood buffer systems are mainly made up of:

Followed and supported by:

The only mineral mentioned among the blood buffer systems is phosphorus which, not by chance, is among the most present salts in human nutrition.

It is also true that renal control also involves potassium, sodium, calcium, etc .; on the other hand, based on the mention of scientific literature, the significant expulsion of these elements increases the absorption capacity at the intestinal level (the mechanism is much more complex than it seems, given that the biological systems are finely coordinated to guarantee homeostasis thanks to highly effective feedback mechanisms).

All this explains why alkaline water cannot have any significant effect on the blood pH; at most it is able to:

It would therefore be appropriate to focus more on the quantity and type of minerals that characterize alkaline water, rather than on the final pH.

Furthermore, let us not forget that some kidney diseases and the intake of certain drugs can easily induce the metabolic accumulation of minerals and lead to significant side effects.

Unfortunate in case of renal pathologies and pharmacological therapies that affect filtration or require acid urine, alkaline water may instead be advisable for hydration maintenance.

The intake of alkaline water contributes to reducing the production of urine and the osmolality of the blood, allowing to preserve greater levels of hydration and guaranteeing the fluidity of the blood in the cardiovascular system .

NB . We recall that a high plasma osmolality is associated with an increased risk of death from stroke.

These effects are not instantaneous but gradual, which suggests a hypothetical advantage in the long term.

Some assume that the alkaline water can favor the performance of the sportsman.

During physical motor activity, many hydrogen ions are produced (freed from lactic acid), which tend to lower the pH; they are normally buffered by the presence of bicarbonate-carbonic acid but are nevertheless responsible for the onset of fatigue.

Drinking alkaline water could improve the buffer capacity, optimizing performance; the mechanism is the same as for sodium bicarbonate supplements, but does not show the same negative effects, which are:

NB . By strengthening the alkaline water with potassium and magnesium, greater fatigue tolerance could be achieved, especially in long-term performance.

Tap water is made drinkable by a series of chemical-physical processes.

In the long term, an excess of residues left by the disinfectant molecules could favor the accumulation in the body and determine negative effects on health.

With the purification and ionization process, some of the toxins are effectively removed from the water.

However, even in alkaline water certain types of pollutants remain and in even higher concentrations.

This means that alkaline water is not necessarily a better product than normal water.

As anticipated, the alkalinization of water induces a change in the redox potential (ORP acronym).

This seems to modify the composition of intestinal bacteria, but it is not clear if this is limited to a selection among physiological ones or can favor protection from pathogens.

Advanced glycosylation is a non-enzymatic process that occurs in individuals suffering from chronic hyperglycemia (diabetics).

It is a negative effect that leads to the formation of harmful products for different body tissues; these are called advanced glycation end-products (AGEs) or final products of advanced glycosylation.

A study on rats suffering from high levels of AGEs has highlighted a possible protective role of alkaline water on the liver; however it is not a real scientific evidence but rather a basis on which to deepen with further experimentation.

There are only a few anecdotal evidence to support the hypotheses that see alkaline water as a beneficial food for the acid-base balance and the maintenance of healthy bones and / or skeleton.

The only significance of a chemical or nutritional nature regards the relationship between mineral salts, electrolyte balance and certain forms of renal lithiasis.

It is conceivable that alkaline water can improve the overall hydration status of athletes over the long term, but it is only a hypothesis.

It is not to be excluded that alkaline water has a positive role in intense physical exercise, but it is more likely that this efficacy can be reproduced by enriching with ordinary water sodium bicarbonate.

Thanks to the alkalisation process, the water loses a part of the pollutants, but on the other hand it preserves others with greater concentrations.

The change in ORP affects the intestinal bacterial composition but it is not clear how and to what extent.

In some rat studies, alkalized water has shown a hepatoprotective effect against AGEs. There is no scientific evidence on humans and further investigation is required.

The consumption of alkaline water may be advisable for all healthy subjects who do not follow drug therapies intended for urinary regulation.

It is a valid alternative to normal water and could have some positive effects; the lack of scientific evidence does not necessarily correspond to the total ineffectiveness of this product.

Among the various applications, probably the most important is in sports, although I would recommend enriching the liquid with magnesium, potassium and glucose until an isotonic drink is obtained. 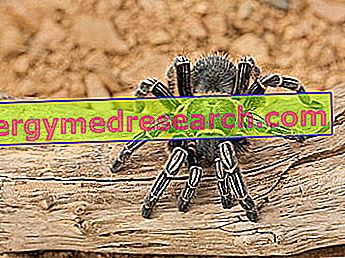