"Early pubertal development" is defined as the rapid pre-term growth of a subject with respect to the population in question; the pubertal development of the individual, however, suddenly stops, causing serious anatomical, structural and statutory consequences in adulthood. It would be useless to describe precocious puberty without first defining the concept of puberty itself : it is a very delicate period of change, which expresses the passage from childhood to adolescence, the moment in which the future woman and the future man mature from the point of view sexual, acquiring the ability to reproduce.

The increase in the production of hypothalamic GnRH marks the beginning of puberty: FSH (follicle stimulating hormone) and LH (luteinizing hormone) are the gonadotropins produced by the pituitary gland which, when secreted in large quantities, favor a considerable increase of gonadal steroid levels [ from clinical Andrology, Wolf-Bernhard Schill, Frank H. Comhaire, Timothy B. Hargreave].

The acquisition of reproductive capacity, the appearance of secondary sexual characteristics and radical psychological changes in the subject, represent the first step that leads to full sexual maturation, as a consequence of the strengthening of the synthesis of gonadal hormones and the stimulation of gonadotropic cells.

It is clear that when pubertal development occurs before the physiological age (8-10 years), the growth mechanisms are accelerated prematurely in the body, causing considerable physical and psychological upheavals in the affected subject.

Basically, for the female, the early pubertal development consists in the growth of the breast and in the anticipation of the first menstruation (menarche), while in the male it corresponds to a remarkable development of the testicular volume; in both cases, the final outcome is a deficit of stature in adulthood, which expresses the result of the early welding of growth cartilages induced by sex hormones (in particular by estrogens).

"Peripheral early pubertal development" means a condition caused by the use of sex hormones or diseases affecting the adrenal gland or ovary, independently of the production of gonadotropins: peripheral early pubertal development is also called pseudo-puberty early, a condition in which secondary sexual characteristics are favored by secreting tumors.

When early pubertal development is defined as "central in origin, " the activation of the hypothalamic-pituitary-gonadal axis occurs early, although the regulation mechanism is almost identical to that of physiological puberty: it is true precocious puberty , which therefore favors pre-term activation of hypothalamic GnRH. As a result, there is an increase in the production of LH and FSH (precocious puberty that depends on gonadotropins). Central precocious puberty is characterized by the premature development of pubic hair and breast, which favors rapid statural growth and, at the same time, speeds up bone maturation.

The early signs of ovarian development, in the female, can be evidenced by pelvic ultrasound, of absolute diagnostic utility; furthermore, also the magnetic resonance, the saddle examination (radiological analysis of the development of the skull) and the radiography (which estimates skeletal bone maturation), represent possible diagnostic investigations.

The male and female who register an early pubertal development may undergo special tests to assess the amount of gonadotropins produced by the pituitary gland: the LHRH test (acronym of LH Releasing Hormone) estimates the pituitary reserve of gonadotropins. The LHRH test consists of intravenous administration of synthetic LHRH, in order to evaluate alterations in the levels of LH and FSH hormones after some time intervals.

Both in early pubertal development of idiopathic type and in precocious puberty caused by CNS lesions, high values ​​of testosterone in males and estradiol in the female have been calculated.

The therapies addressed to the treatment of early pubertal development must be aimed at healing the cause that caused the problem, if this is recognized. It is clear that when precocious puberty is caused by a tumor, the most appropriate therapy is chemotherapy, radiotherapy or surgical excision surgery.

The purpose of the treatment, in addition to the eradication of the tumor (when present) is aimed at preventing the further (possible) development of secondary sexual characteristics that appeared prematurely. We have seen that an almost inevitable consequence of precocious puberty is represented by the low final height of the subject in adulthood; in this regard, the therapies must also be aimed at slowing down the processes of accelerated bone growth.

In the case of a failure to identify the triggering factor, the therapy generally adopted in cases of precocious idiopathic puberty, exploits a synthetic peptide, known as LHRH, which is distinguished from the natural analogous peptide only by an amino acid. Synthetic LHRH appears to be able to inhibit excessive and premature gonadotropin production.

In the past, patients suffering from early pubertal development were treated with progestin substances, but the effects were not satisfactory, especially for the missed (and hoped for) outcomes on stature in adulthood; in pseudo-precocious puberty, testolactone and ketoconazole are still used.

Currently, the therapy dedicated to young patients suffering from early pubertal development consists of the use of analogous substances of GnRH. 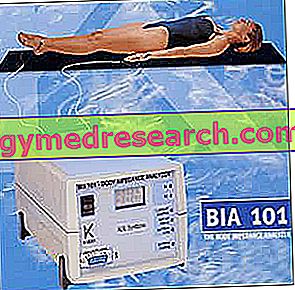 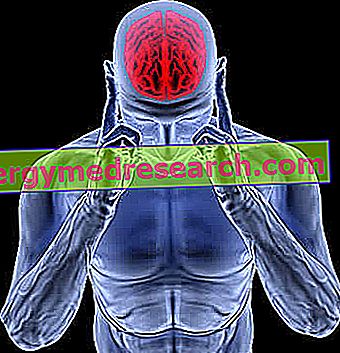