Proteins are polymeric chains formed by the union of numerous amino acids, joined in sequence by bonds called peptides. In nature there are thousands of proteins, different in structure and function; this variability depends on the number, sequence and type of amino acids, and on the overall three-dimensional structure (conferred by other stabilization bonds).

Proteins perform many functions which are nothing short of indispensable, so much so that the human body contains up to 12-15% of its weight.

Amino acids: what is there to know?

There are many types of amino acids, different in structure and chemical properties.

In addition to making proteins, they can be used for energy purposes providing 4 kcal / g. In this regard, some amino acids are used directly by the muscle (they are the branched ones: leucine, isoleucine and valine), while others are converted into glucose by the liver (with production of residues: ammonium, urea, ketone bodies, etc.).

The human body is capable of synthesizing almost all the amino acids it needs. Only 9 of these must necessarily be introduced with food and - for this reason - are called essential: phenylalanine, isoleucine, histidine, leucine, lysine, methionine, threonine, tryptophan and valine; Arginine, cysteine ​​and tyrosine are also essential for the child.

Protein in the Diet

Proteins and amino acids in foods

Based on what has been specified so far, it is logical to deduce that the intake of amino acids with the diet is a fundamental aspect for the nutritional balance and for maintaining the overall state of health. Fortunately, proteins are widely distributed in food, although with great differences in quantity and so-called "quality".

To be sure, there are no qualitatively better proteins than others; rather they differ according to the amino acid content. The more their composition resembles that of human peptides, the greater the guarantee of taking all essential amino acids; this degree of similarity is expressed with the criterion of "biological value".

The proteins that contain all the essential amino acids in the right quantities and proportions are called "high biological value" (someone improperly calls them "noble proteins").

The foods that belong to the I and II basic group of foods contain high biological value proteins: eggs, milk and derivatives, and animal tissues (meat, fish, molluscs, crustaceans, insects).

The products of group III and IV are characterized by medium biological value proteins: cereals and legumes (with the exception of soy, which is qualitatively superior). In addition, the same kind of peptides also contain nuts (walnuts, almonds, etc.).

Only vegetables and fruit (the VI and VII group) bring only low biological value proteins. An exception are some algae, which are rich in proteins of good biological value.

Let's start by making a distinction:

Protein deficiency occurs when the dietary intake of these nutrients is not sufficient to meet the body's metabolic demands.

The following factors can be the cause of protein deficiency:

To tell the truth, except for pathological causes, protein deficiency is a condition that mainly affects the third and fourth modes. In economically affluent societies, on the other hand, it appears very rarely and may concern the lowest income brackets (above all the elderly), psychiatric pathologies, toxic addictions and alternative food philosophies.

Protein deficiency can cause quite a few complications. However, it is necessary to classify the discomforts and the symptomatology of the minor deficiencies from the serious ones. We proceed with increasing order.

Mild deficiency of proteins with mild symptoms and clinical signs

Mild protein deficiency can cause:

Less frequently they can also appear:

How to avoid protein deficiency?

For the average Italian, avoiding protein deficiency is simple: just follow the recommendations of research institutions that suggest taking at least 0.8 g of protein per kilogram of physiological body weight (about 12-13% of total calories ). This parameter, absolutely "spanometric", guarantees the state of health for a sedentary adult. However, the minimum requirement can be modified by many subjective variables such as: percentage of lean mass, sex, age, level of physical activity and special or pathological physiological conditions.

Today, in the West, the lack of protein in healthy people is a more unique and rare eventuality; however, excess protein is more frequent, but we will deal with it in a separate article.

For those not familiar with the Mediterranean Diet (a naturally balanced diet), the most suitable system to avoid protein deficit but also excess is the " flexitarian diet ". This is a nutritional regime that proposes to consume only whole / whole foods (fruits with peel, whole grains, sprouted seeds, etc.) or unprocessed (raw or pasteurized milk), with a subjective frequency characterized by flexibility. It allows small amounts of food of animal origin to be eaten daily or a large portion only once a week. The prevalence of foods is of a vegetable nature, but this does not mean that the flexitarian diet is low in protein; legumes, in fact, are excellent sources of peptides.

For vegans we recommend:

Role of proteins in aging

Aging is a physiological, degenerative, progressive and inevitable process of cells, tissues and the entire organism. According to many studies, free radicals would accelerate it. On the other hand it is possible that protein deficiency may also play a decisive role.

The investigations of the researcher Jan van Deursen of the Mayo clinic revealed that some proteins play a very important and critical role in the aging process. By creating mice genetically modified and predisposed to the lack of a specific protein, Jan van Deursen observed that these degenerated four or five times faster than the normal control group.

This protein (BubR1), which also naturally decreases with physiological aging, is reduced not only in skeletal muscles, but also in the tissues of: heart, brain, spleen, testicles and ovaries. Jan van Deursen argues that this can also happen in humans by increasing the risk of the most common diseases in old age: cataracts, cardiac dysfunctions, spine kyphosis due to muscular atrophy etc. 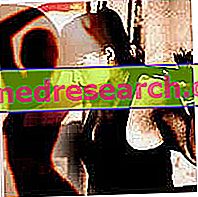 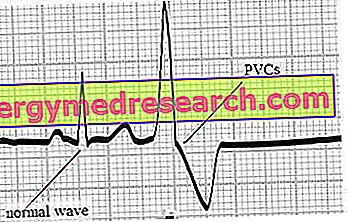